A comeback and a preview

Well, we're back after 3 weeks of travelling and I can definitely say: there's no place like home. Although we saw lots of lovely people and stayed in some comfy beds, nothing beats Hebden Bridge and our attic bedroom, where the sound of water running through the lock sends us to sleep at night and the geese wake us up nice and early in the morning.


We took a trip to France, mainly for Boyfriend's book promotion events. Yes, I now live with a buddingly successful author and yes I am rather proud and smug about it (to be fair I have spent years proofing and correcting the many many versions of these masterpieces so I'm allowed to bask in the glory). We took the opportunity to visit family and friends and I was even treated to a surprise romantic getaway at the end of it (more on that s(w)oon!). 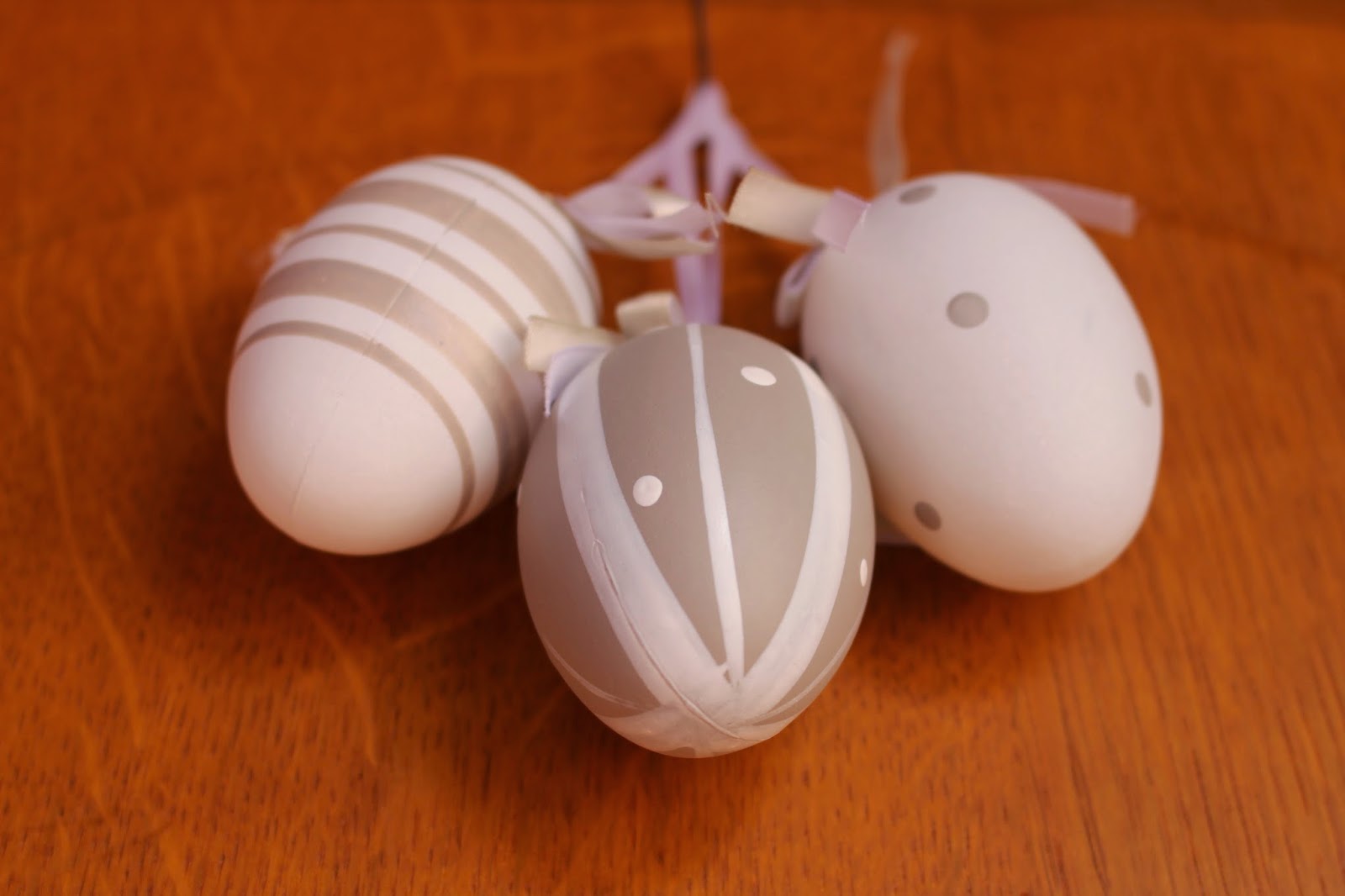 I spent a lovely Easter weekend in Alsace with my Mama while Boyfriend attended a horror film festival in Tours, where I hear there was as much if not more partying than there was book-signing... Here are a few snippets of what I got up to: We stayed in a cute little village full of wine-growers and nicely decorated houses. I could have just called this post "flowers, food and fantastic architecture". This basically sums up the weekend. 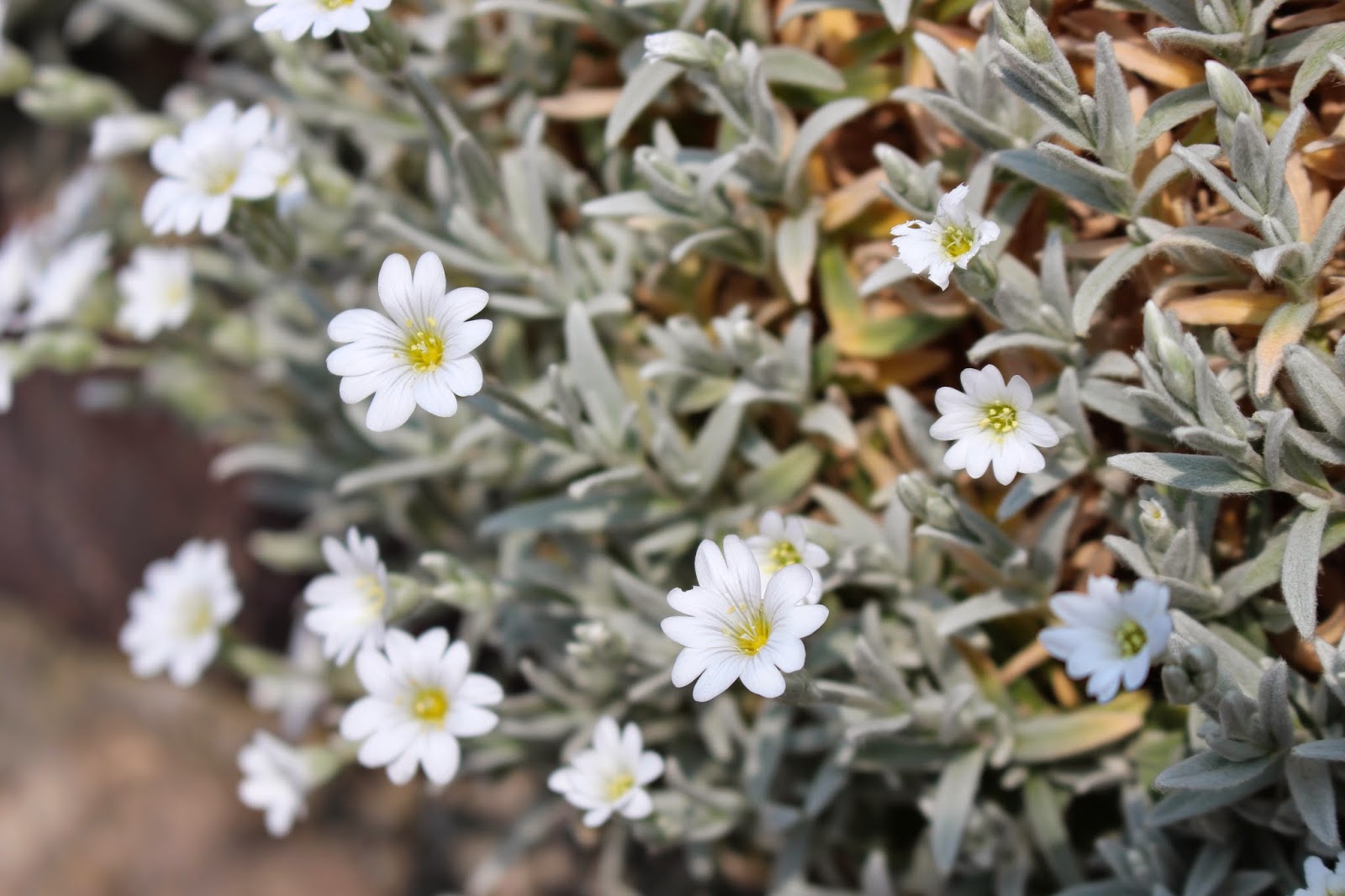 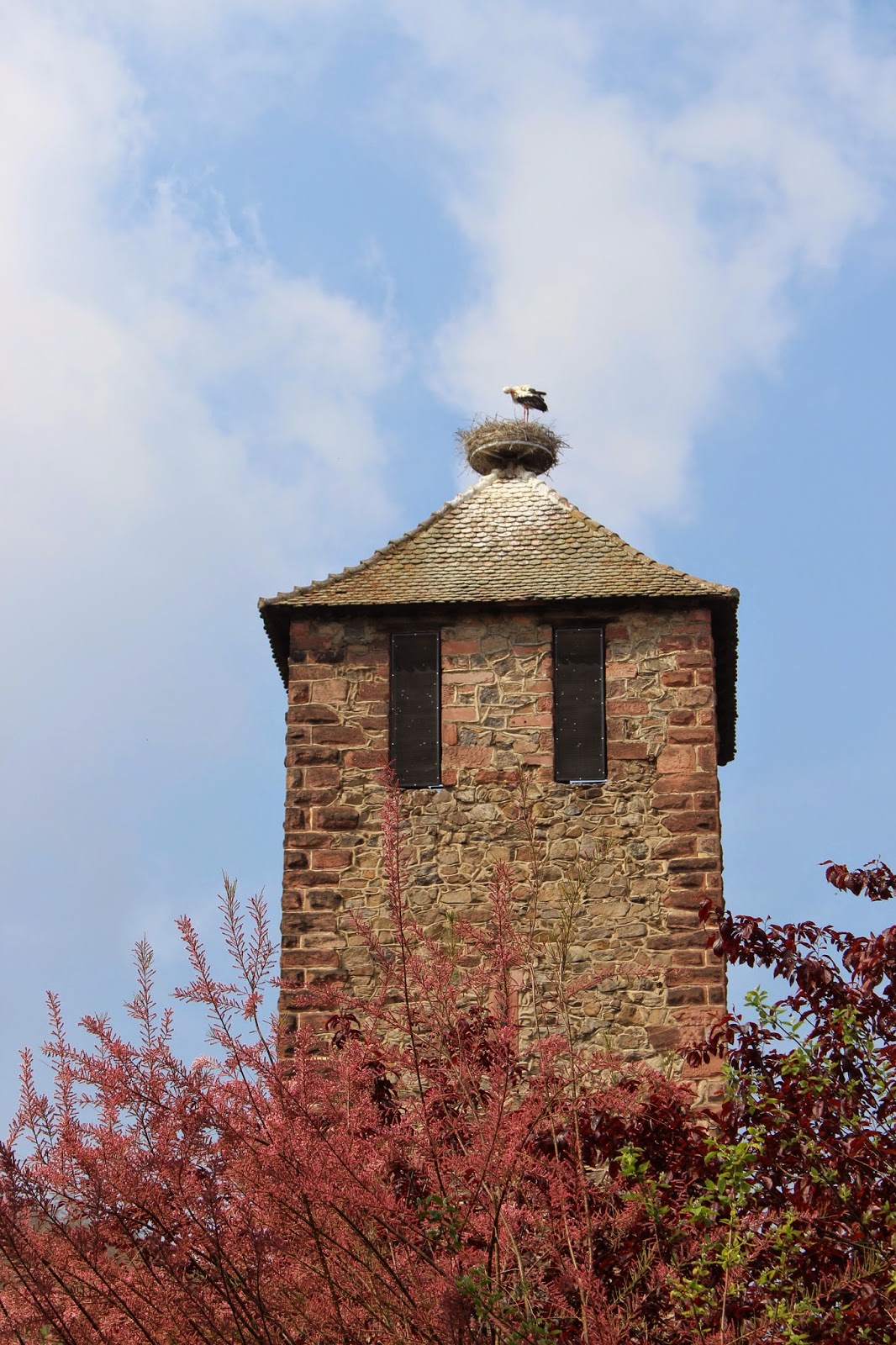 Oh yes, Alsace is famous for its storks. Don't really know what else to say about that, except that the first time I saw a nest up on a house in the middle of one of these cute towns I assumed it was some kind of plastic tourist attraction. I know better now! 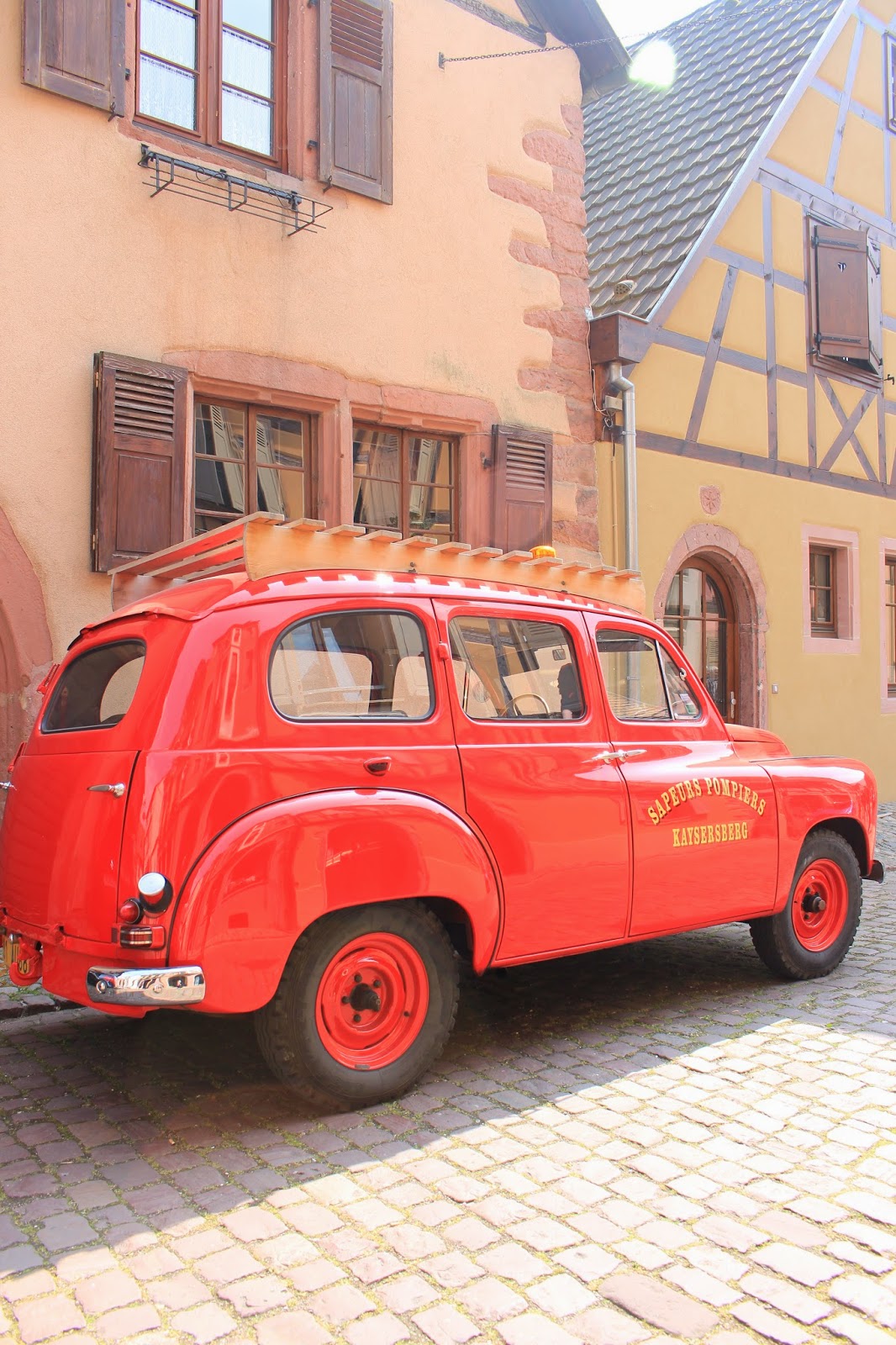 I'm not sure whether this fireman's truck is still in use but it's certainly in good condition. Shiny! 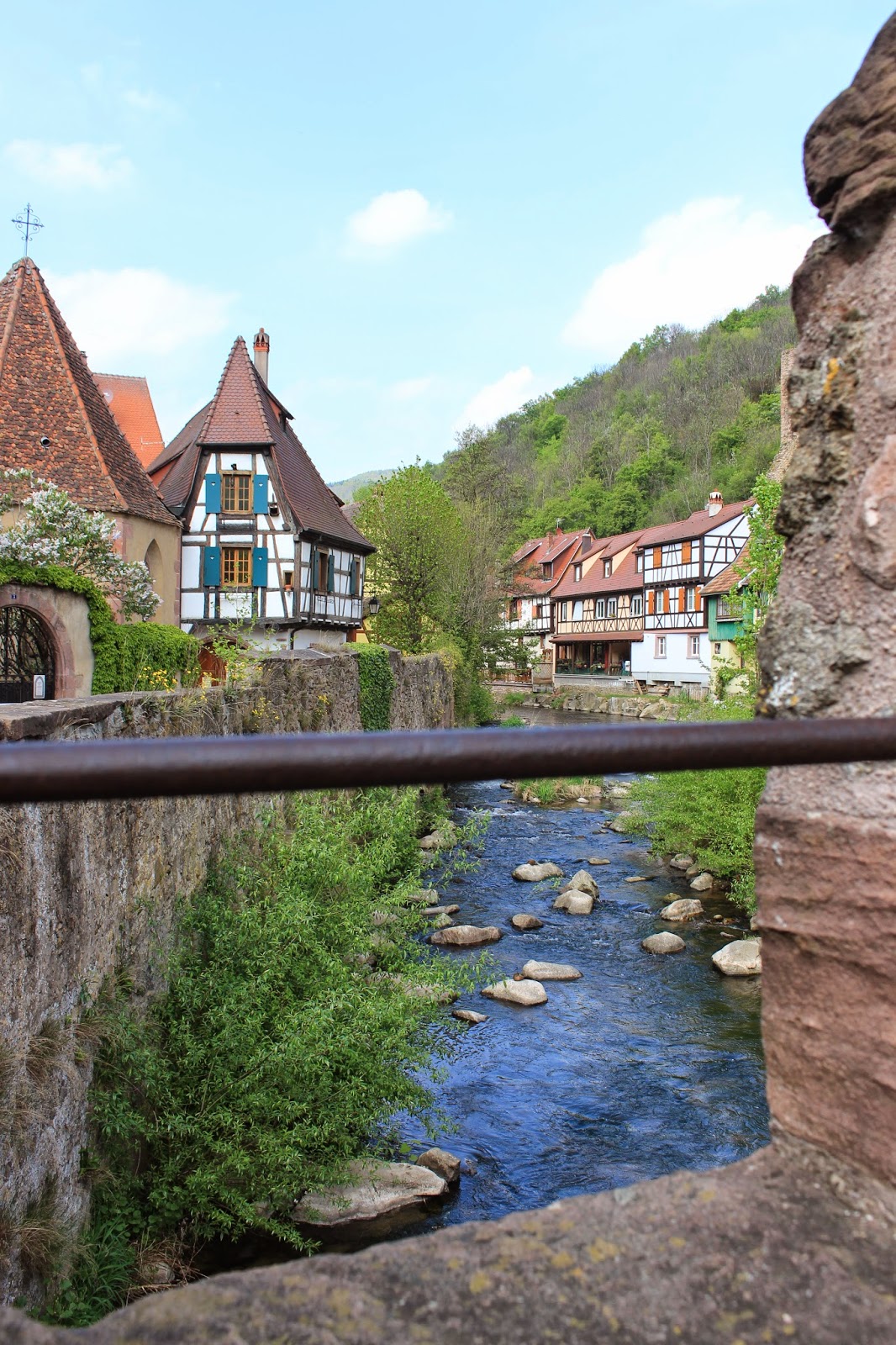 This local version of cheesecake was lovely. I Wish I could say as much of the lady at the bakery but I can't. After living in Yorkshire for a while, French customer service seems like a bit of a joke. Again: I'm glad to be back!! 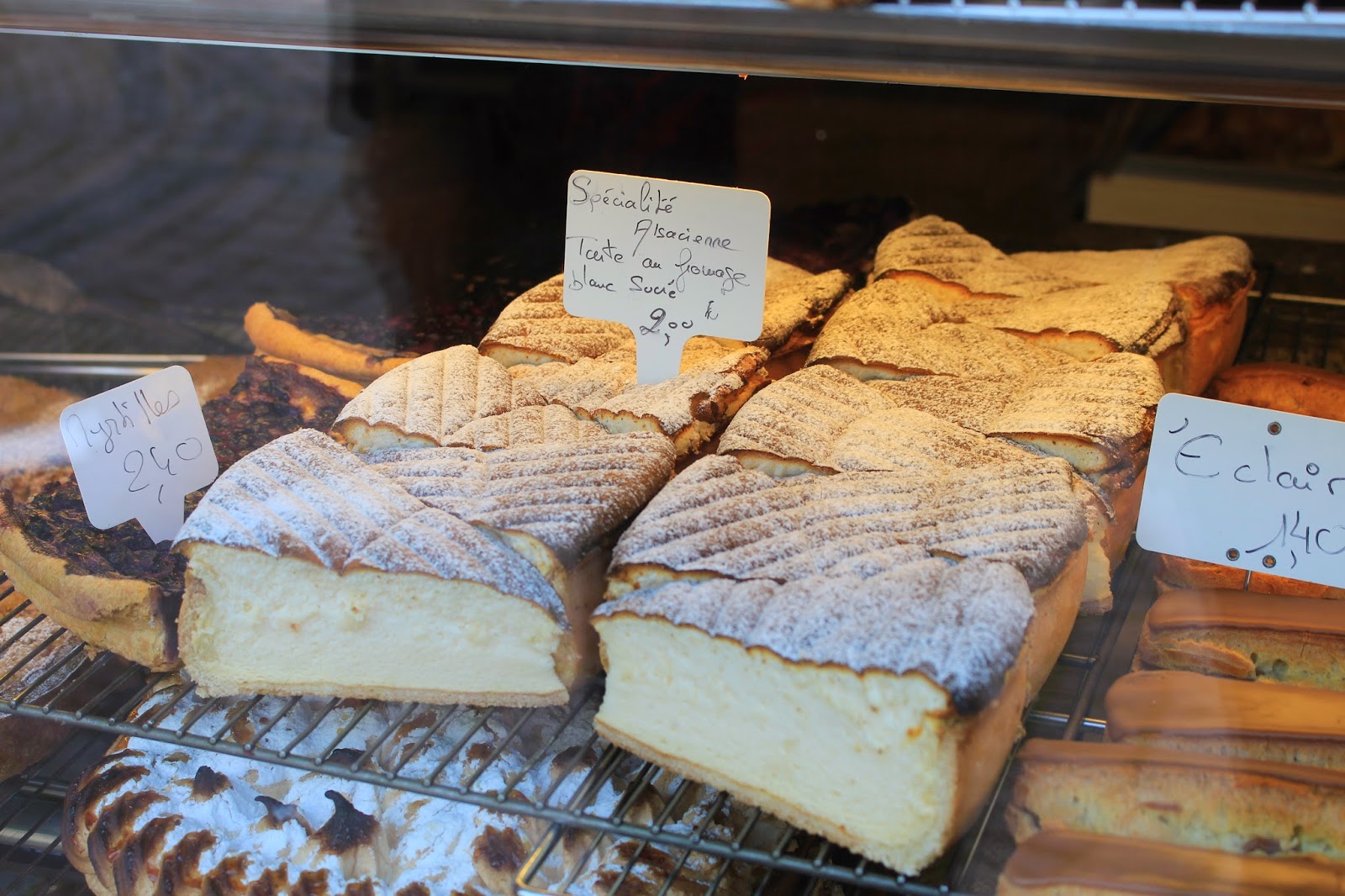 But the cake looks nice, so there's that... 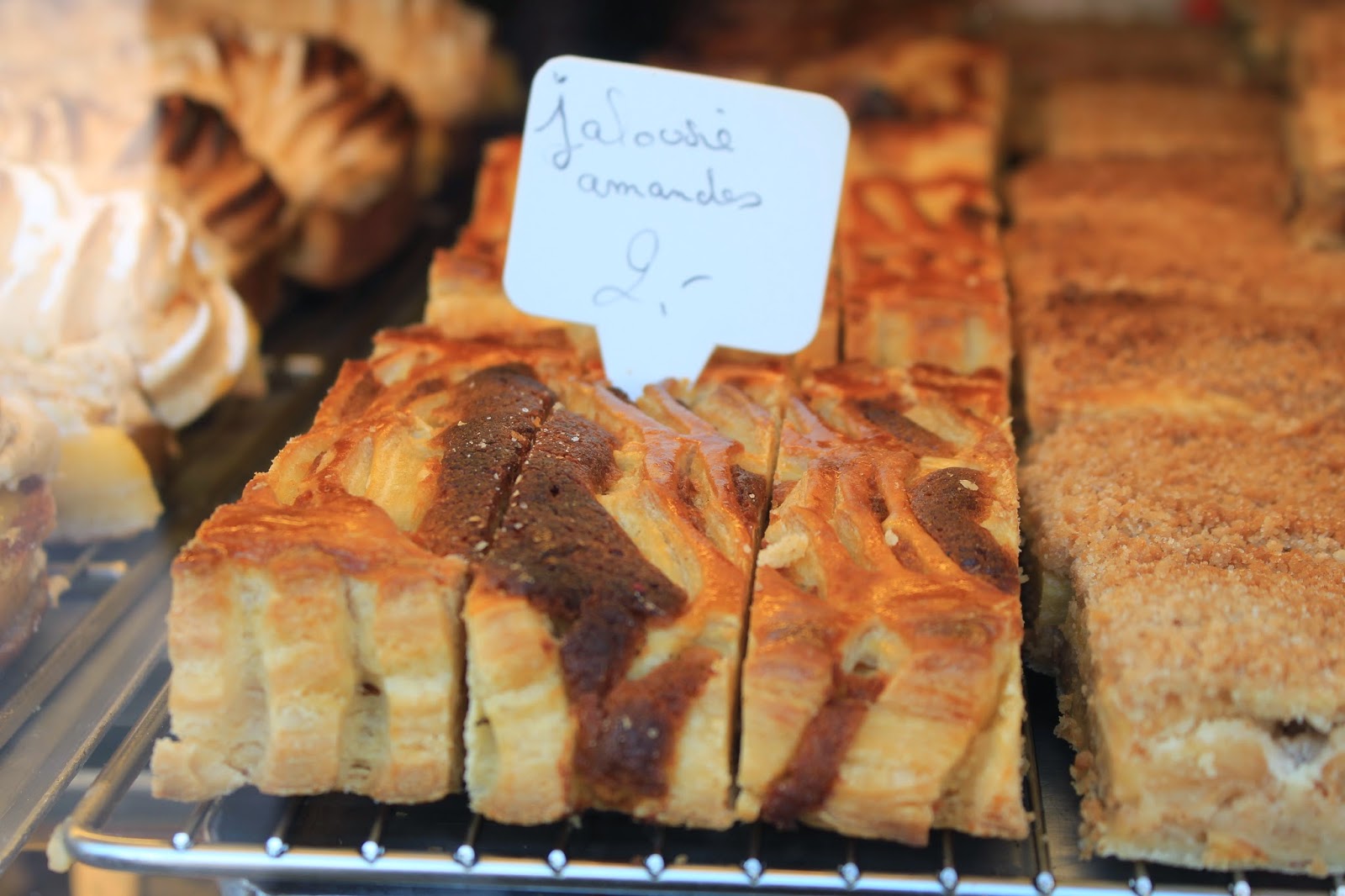 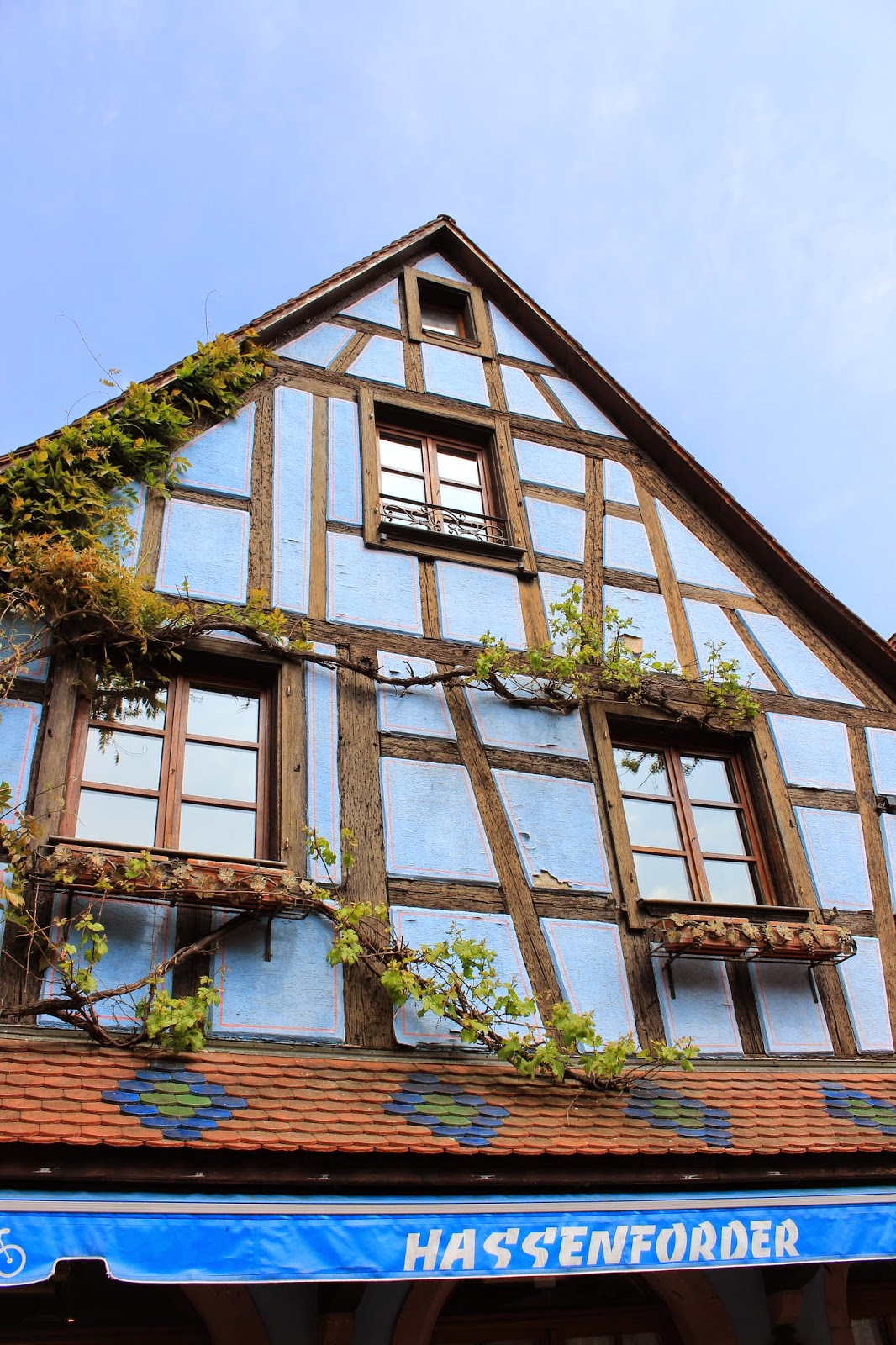 Like I said: lots of flowers. Boyfriend just introduced me to photoshop so some of these pics have been ever so slightly tweaked. Can you guess which ones? Alsace is full of beautiful old buildings that look nice and cosy as if they've come straight out of a story book. 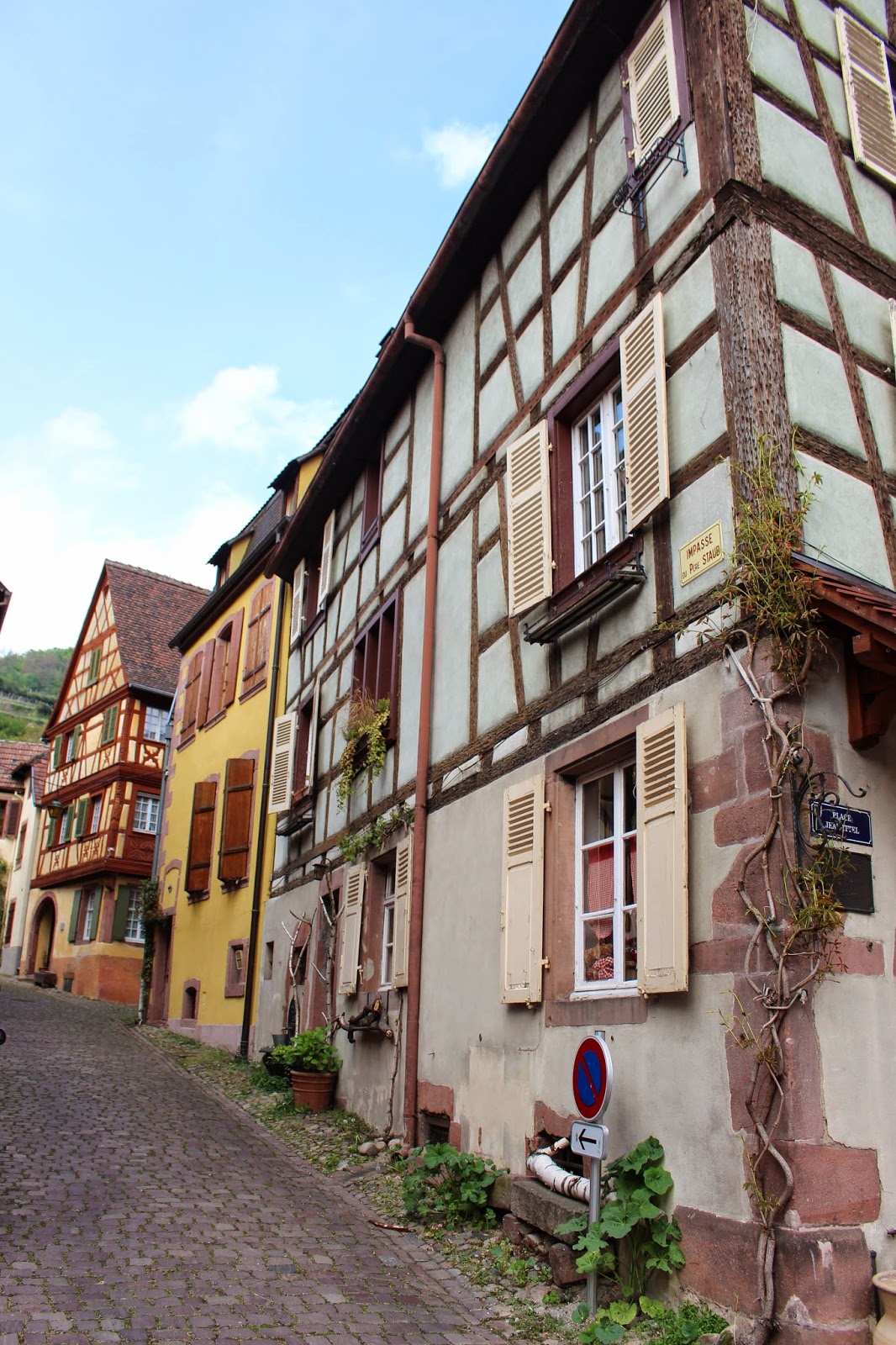 It kind of makes me want to sit outside and dream about my future house(s)...