The return of the hairy lantern

If you've been reading this here blog for a while you'll know that I once made a hairy lantern out of strips of paper and hung it in our flat in Paris. 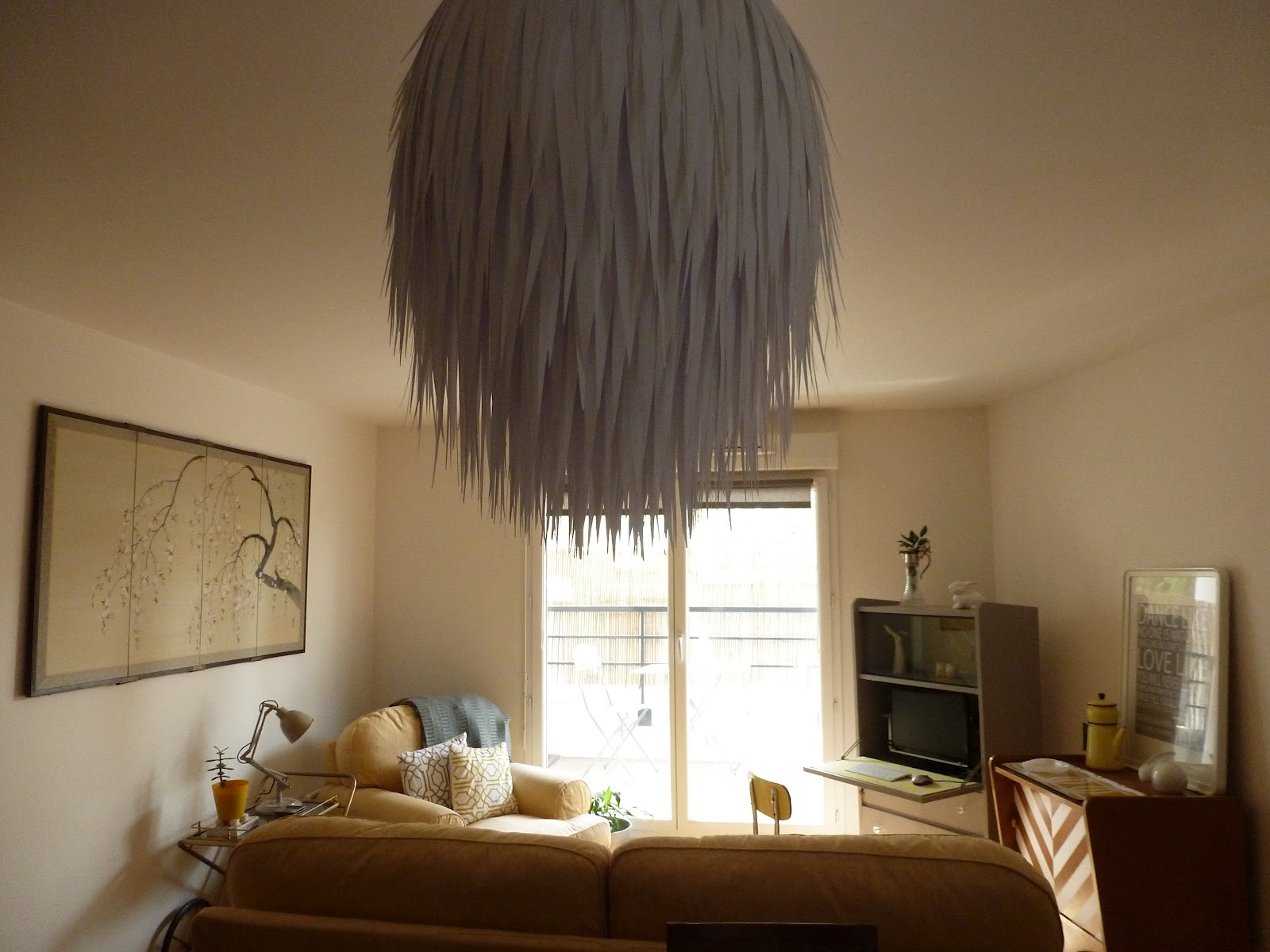 When we moved I gave it to a friend as I anticipated that putting it in a box and transporting it across the channel might lead to some damage. I really missed it though, and since the lampshades in our Yorkshire house are the epitome of boring beige, I decided to get an even bigger paper lantern and bring the hairy monster back to life. 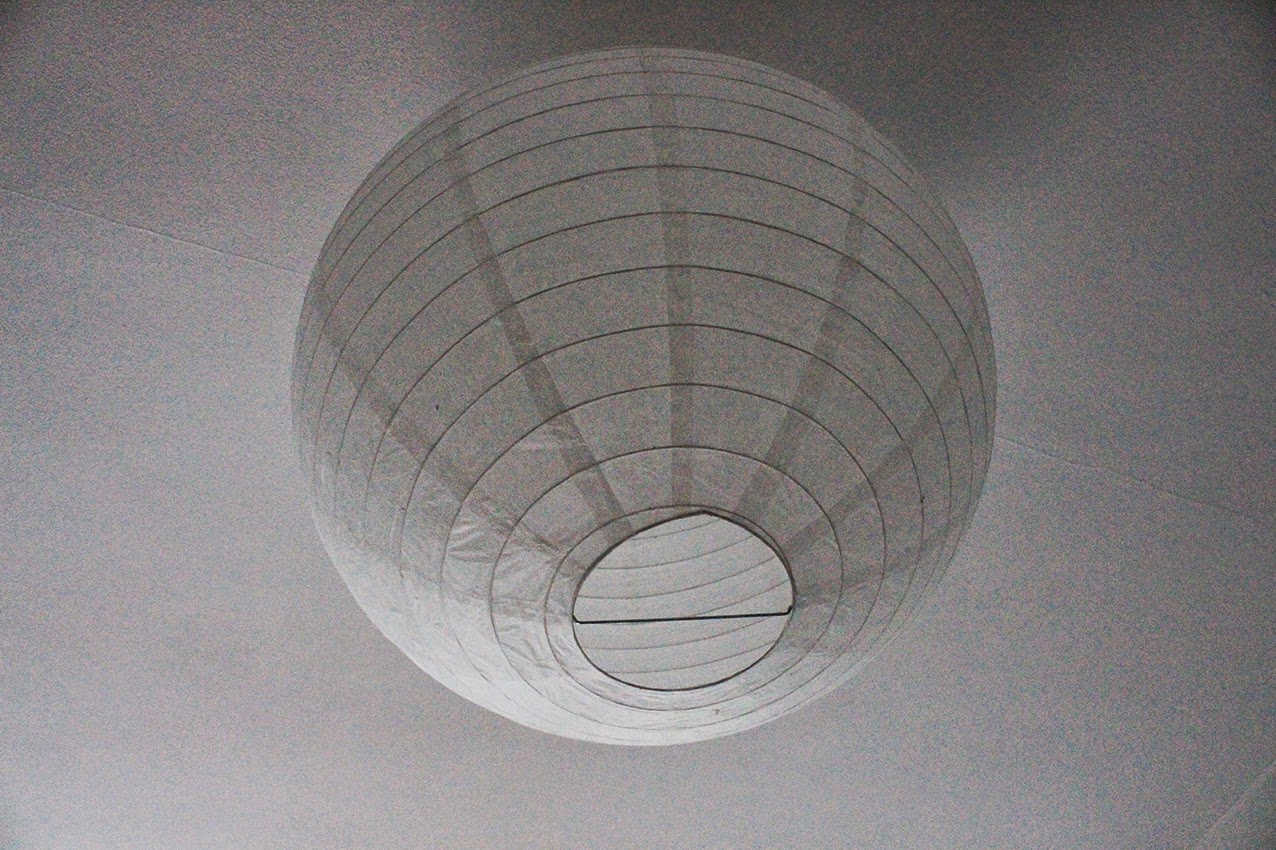 To spice things up a bit I ordered some wallpaper samples and added them to the mix. Unfortunately quite a few of them ended up being too rigid or too floppy (yes, that's the technical term) to be used. In the end I'm quite pleased with the overall effect though, and I hope to recycle the surviving samples into something else. 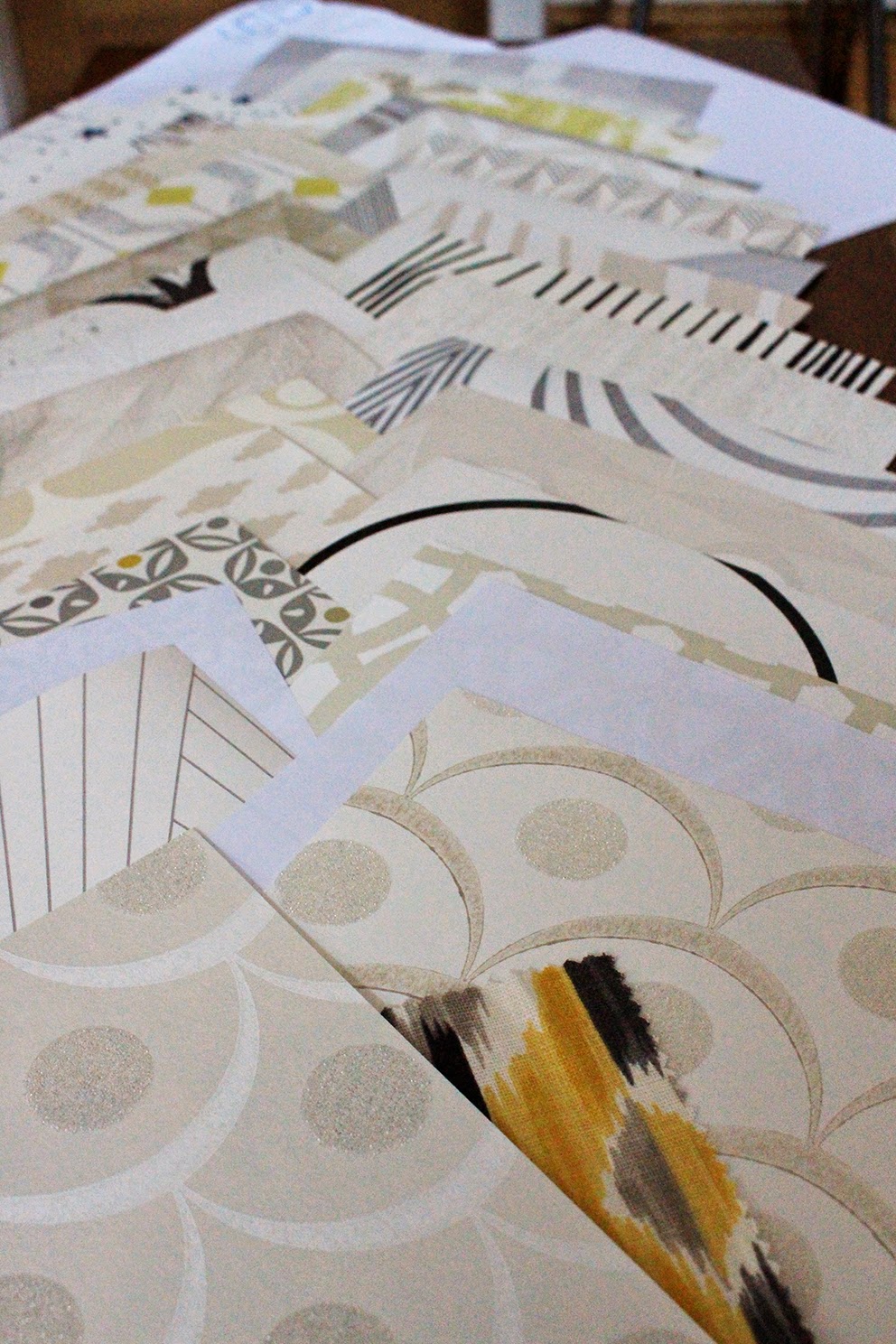 Basically I used the same technique as before : paper, scissors, tape, and lots and lots of episodes of modern family. This time I measured and traced the triangles onto the paper because I wanted to make sure each one was identical. 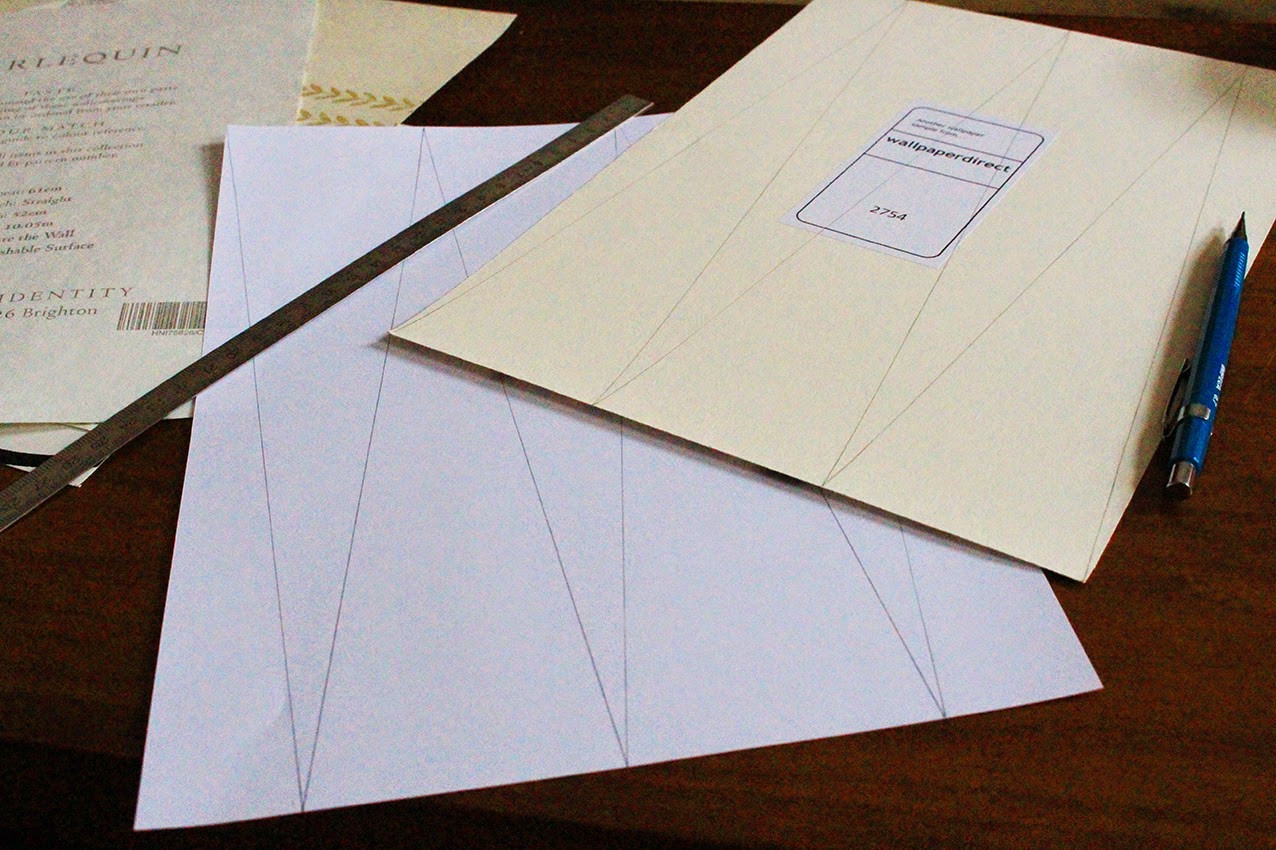 This is what it looked like after about 1 hour: 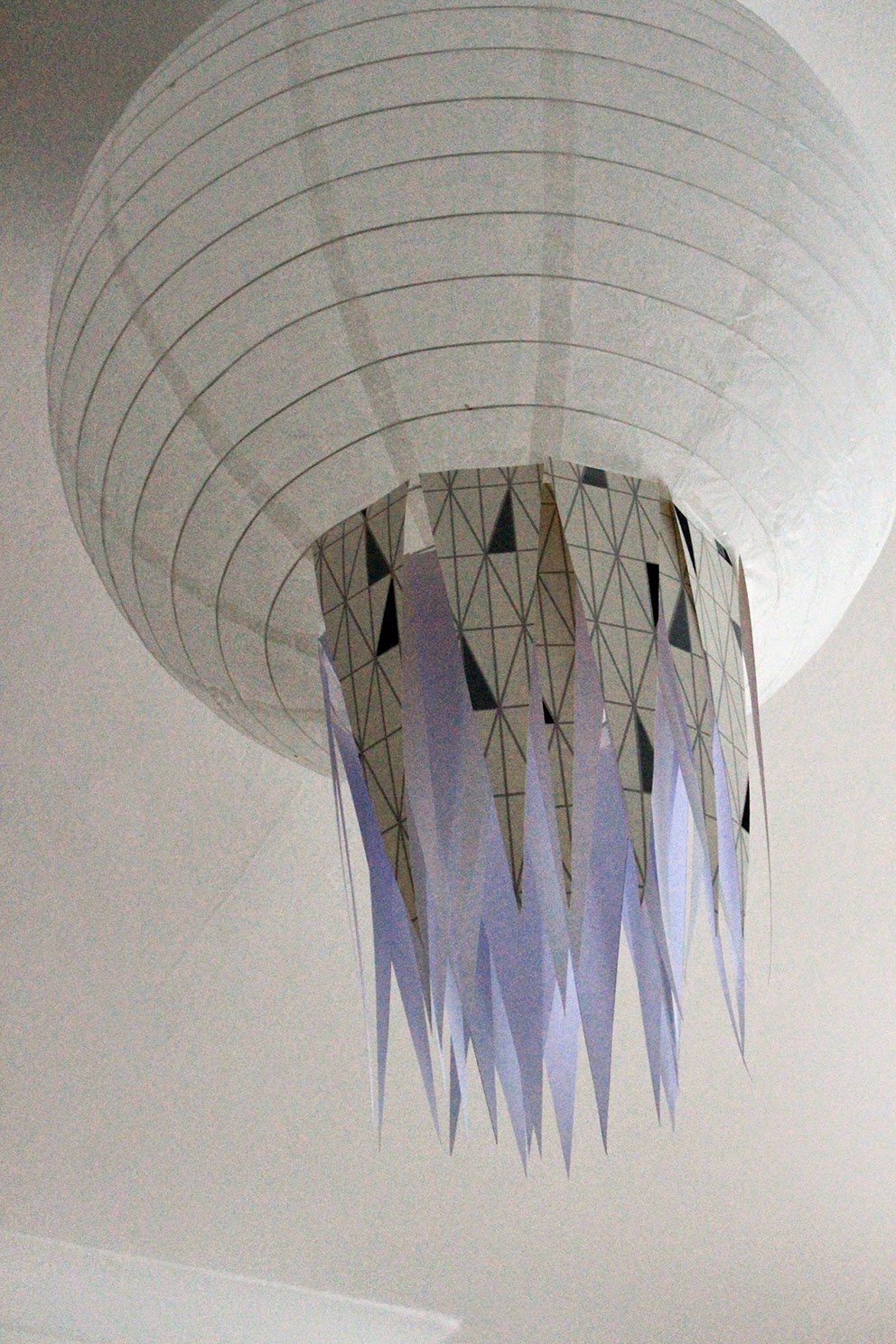 As the lantern has a spiral frame I papered along that line, using one sheet of wallpaper for each row, making each pattern overlap a little. 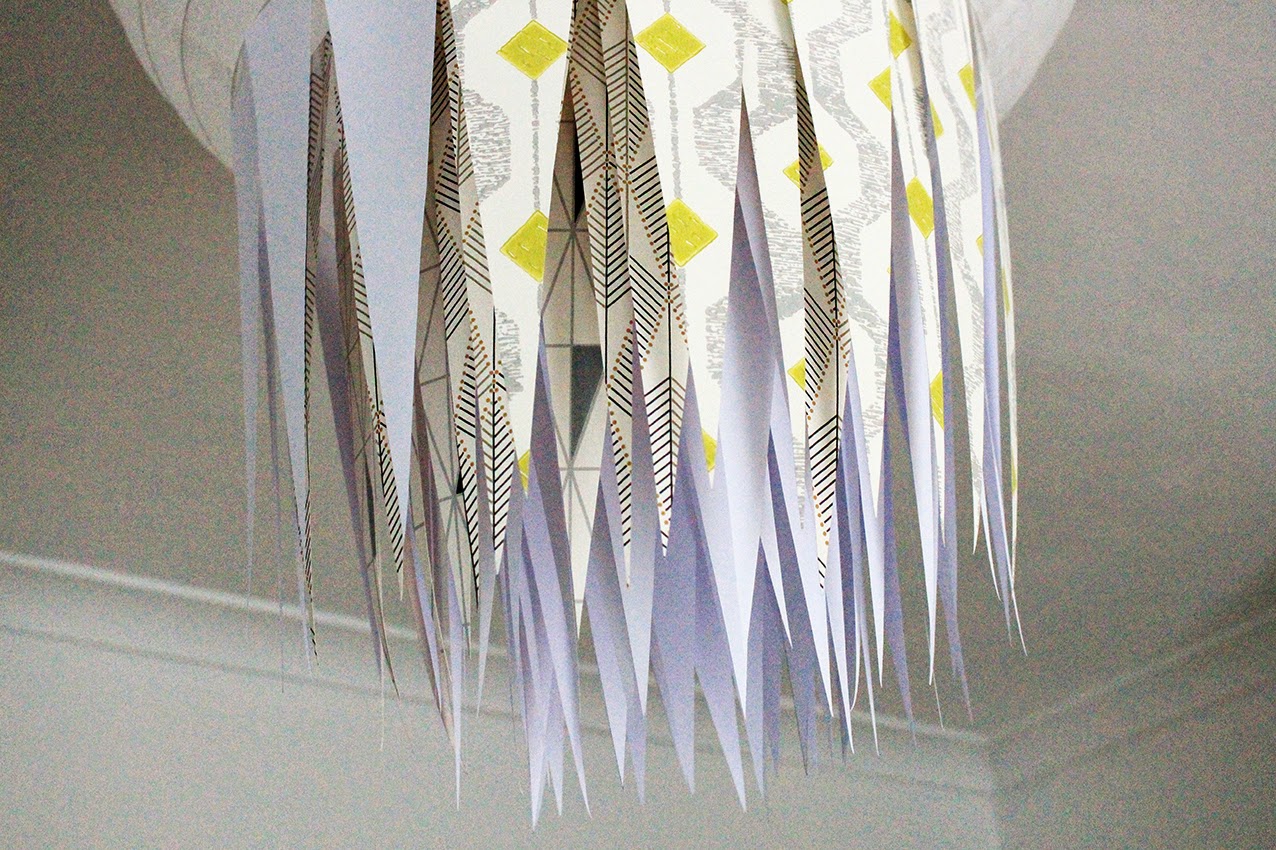 This created a spiral of pattern that runs around the lantern twice. 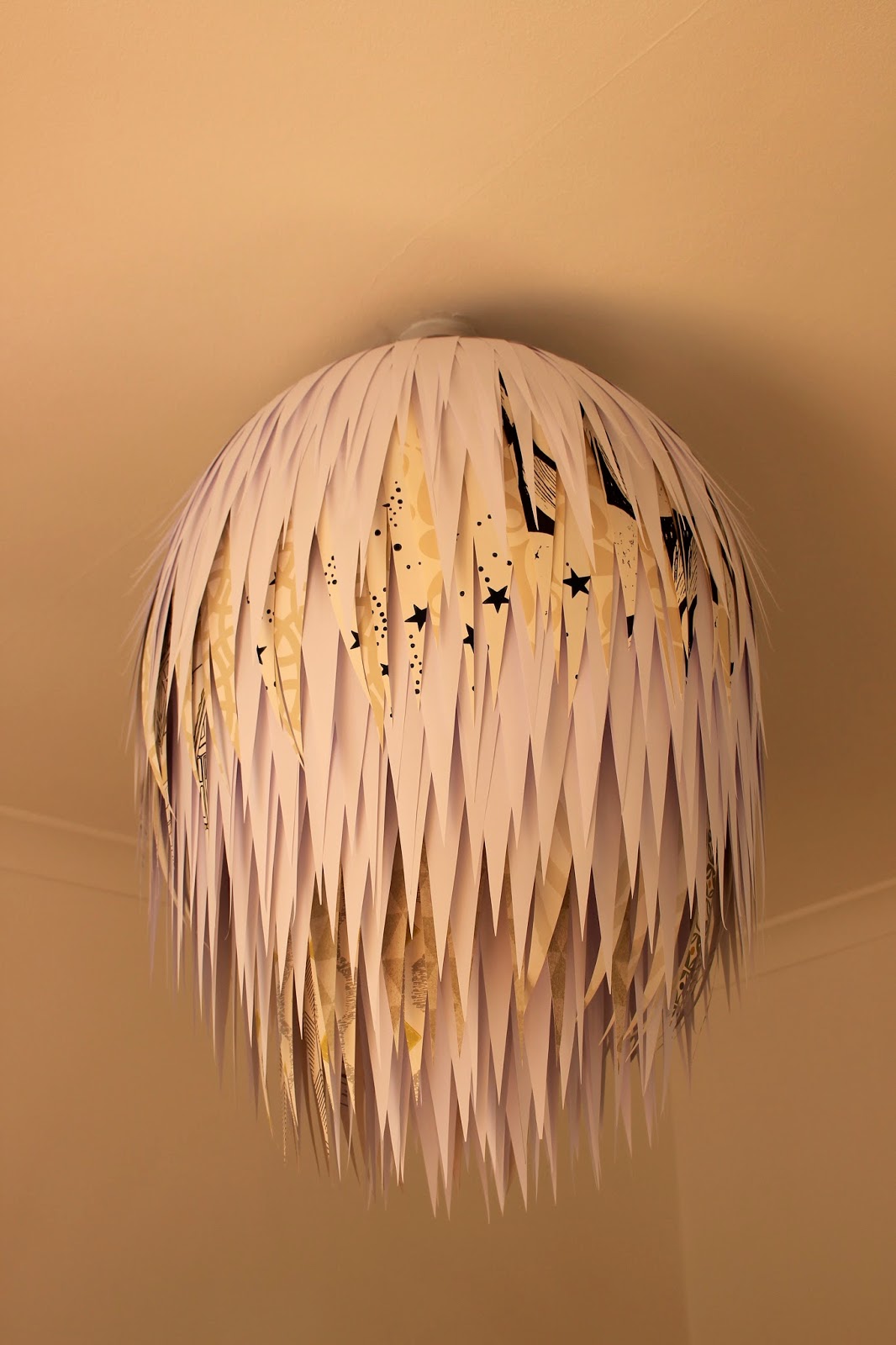 Some of the wallpaper samples I did use decided to curve inwards after being cut out and hung, which makes for a claw-like effect. Luckily I'm not a perfectionist and I can live with this. 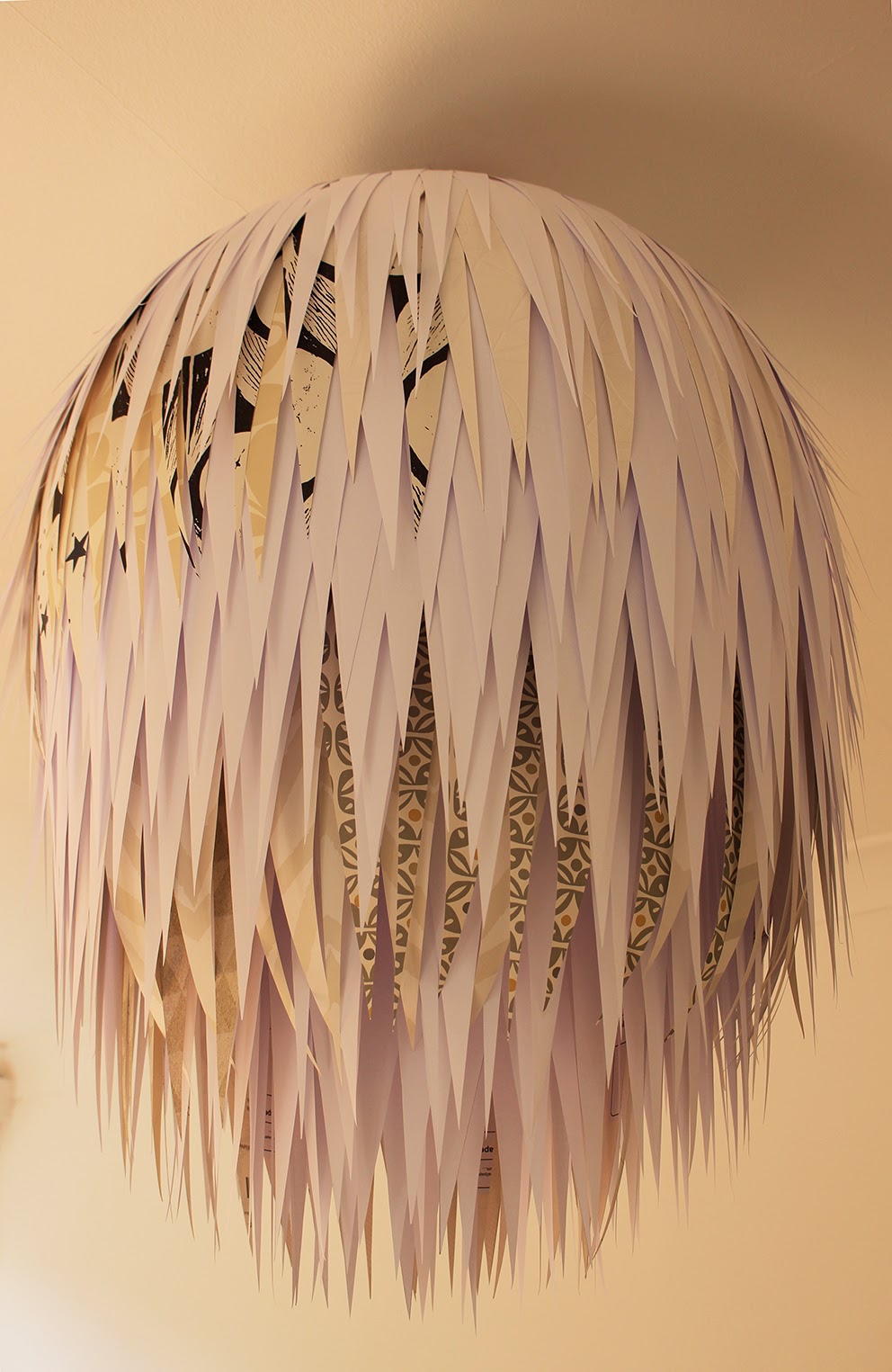 Now I'm tired of explaining so you can just look at the photos. 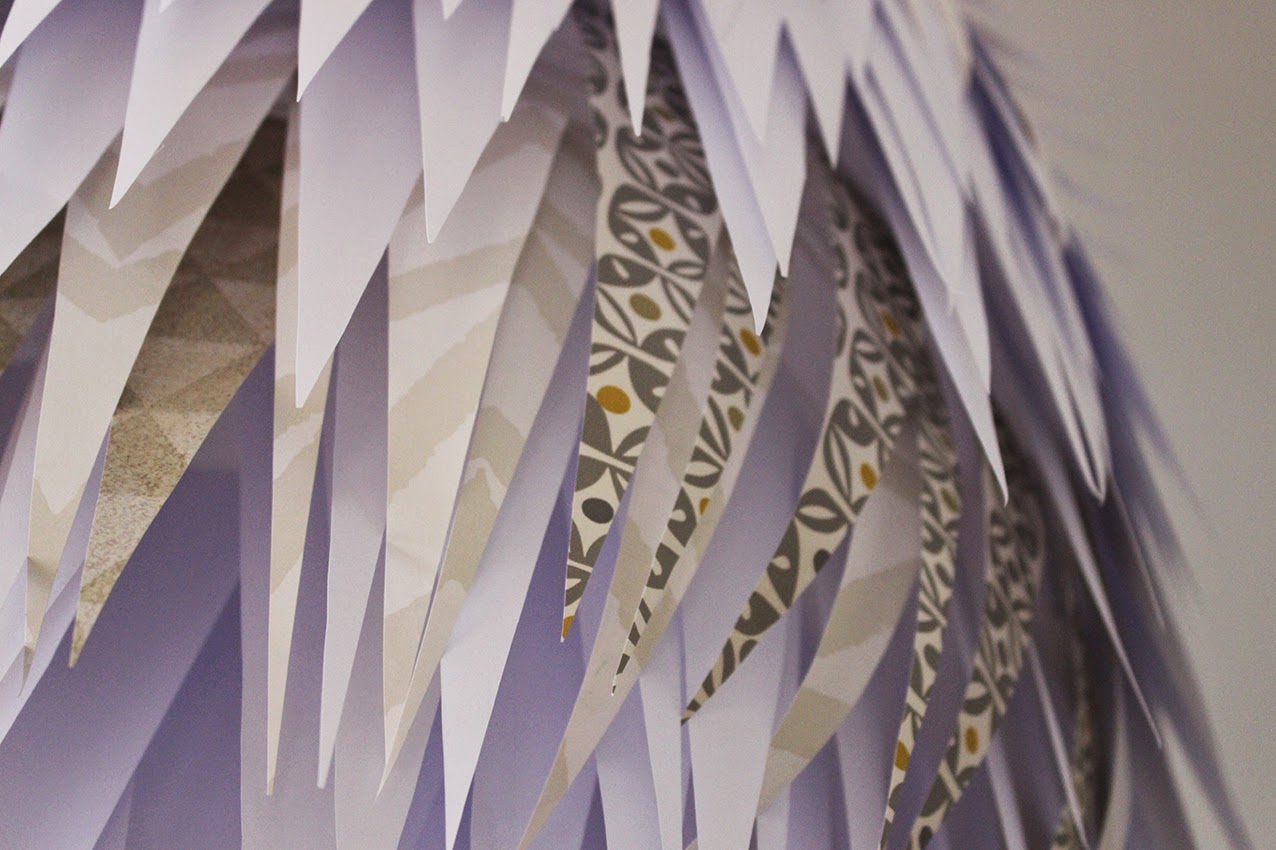 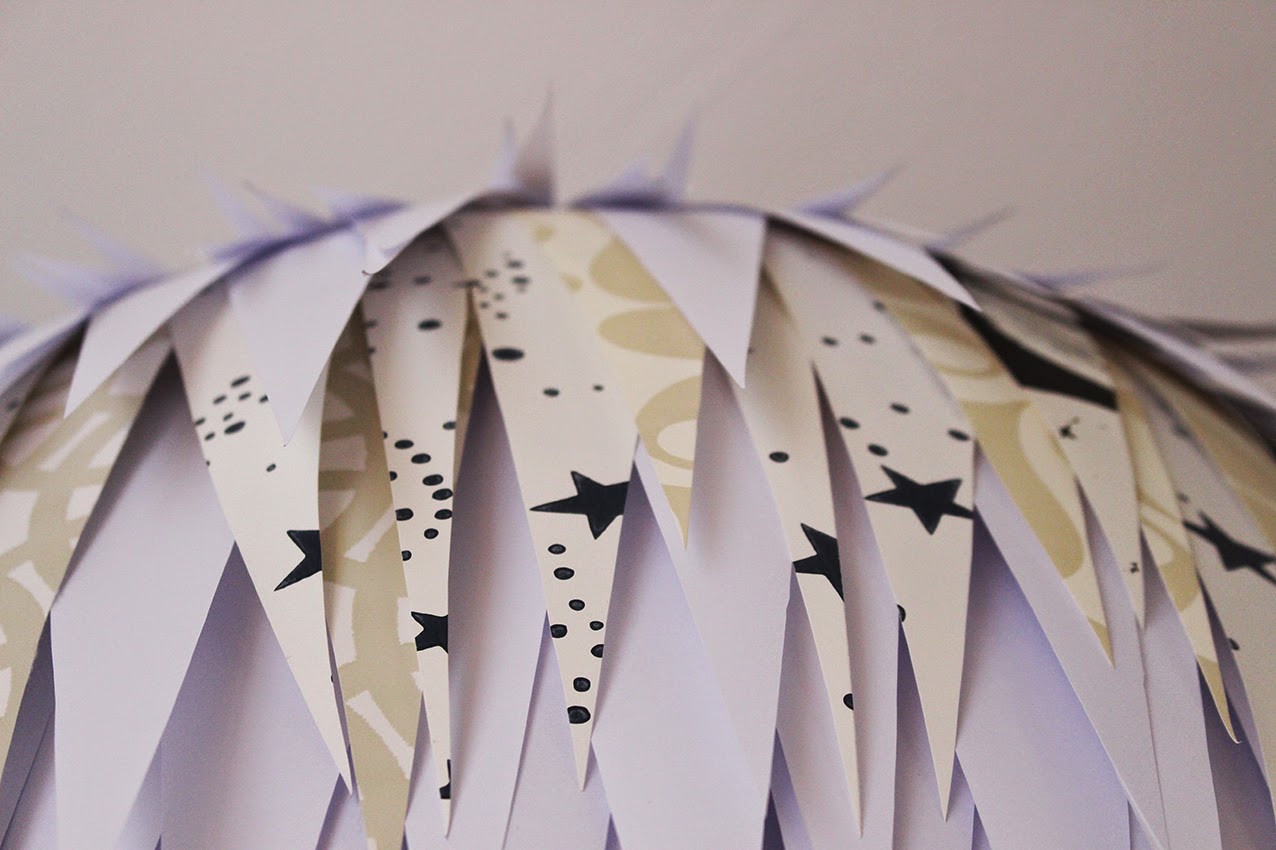 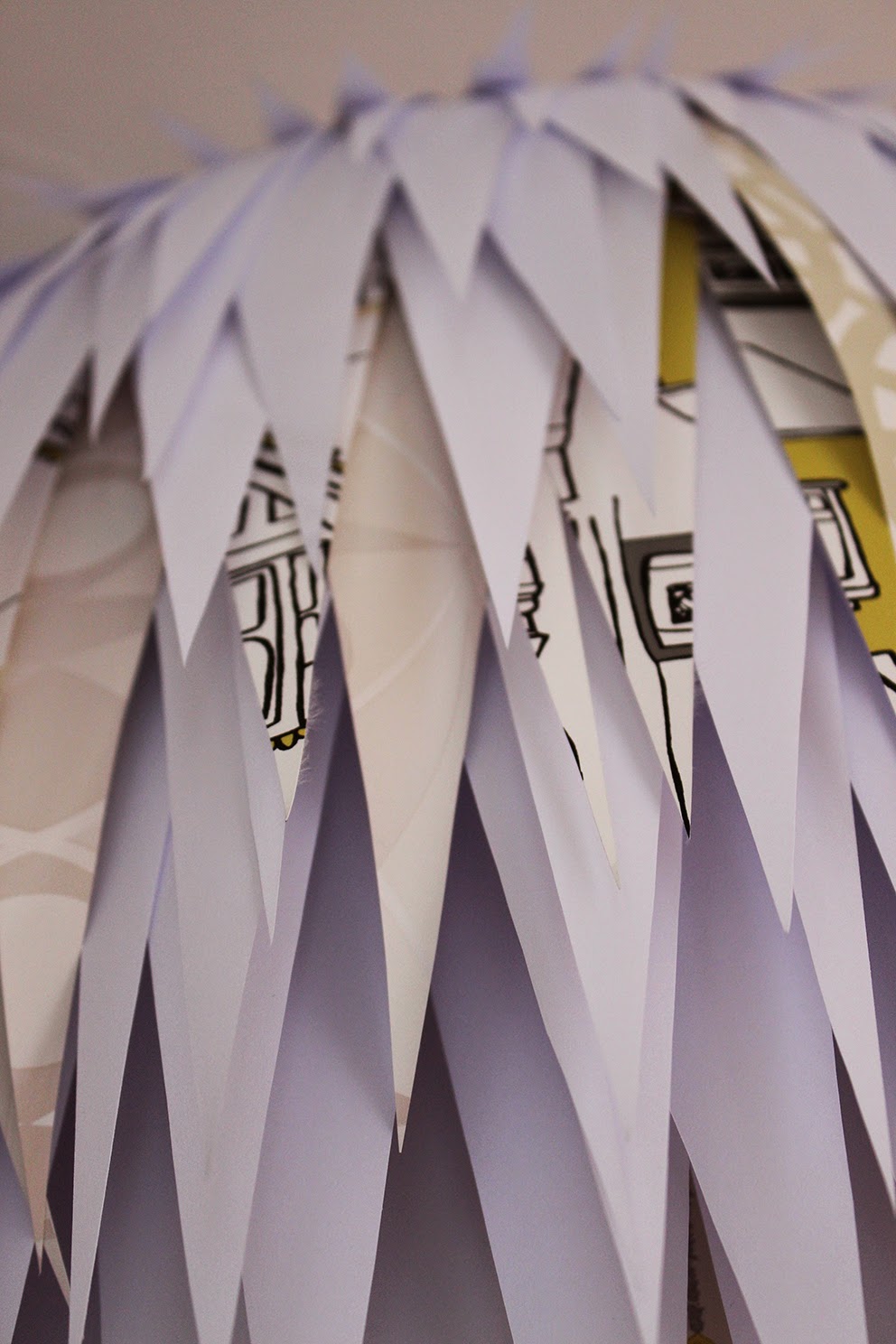 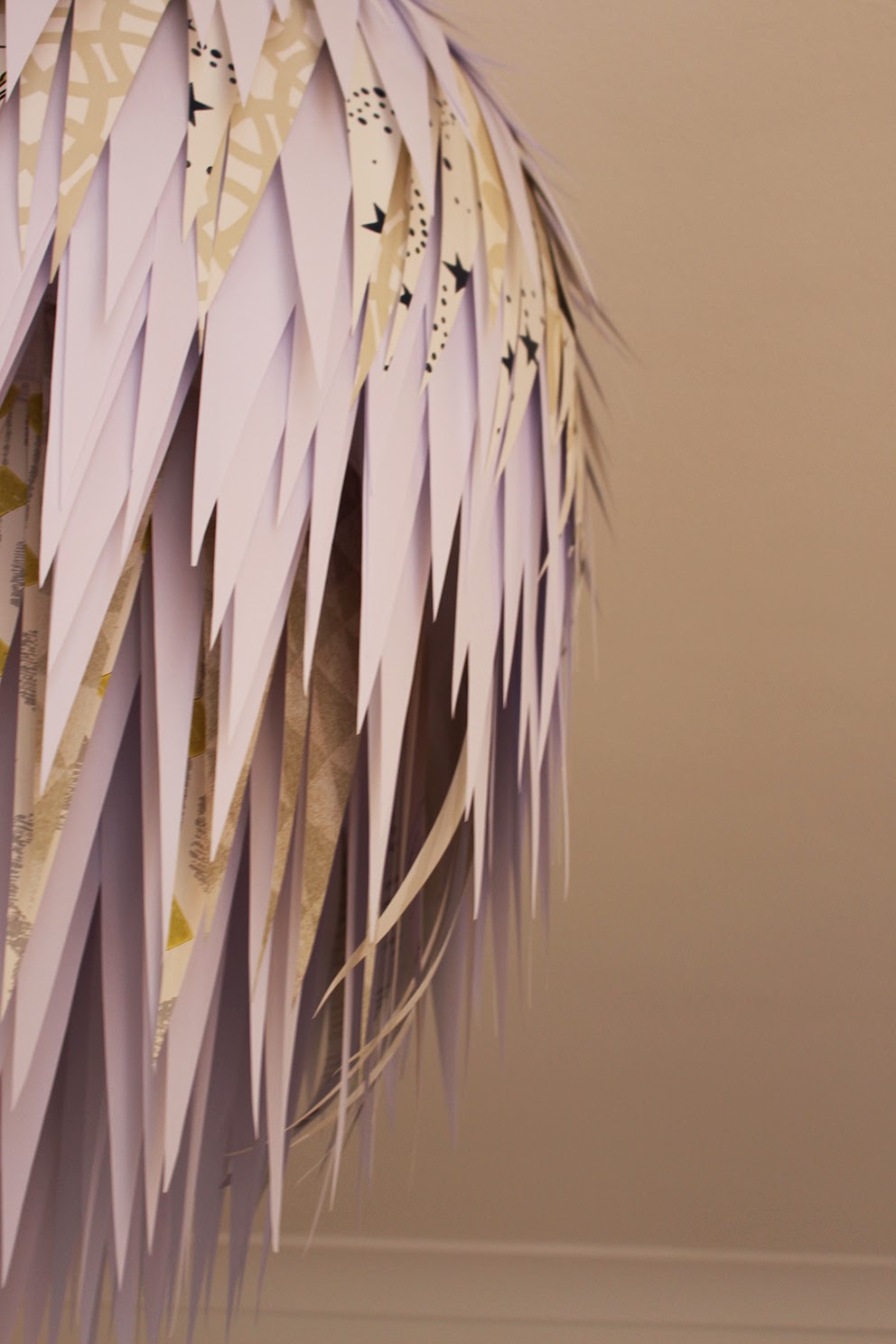 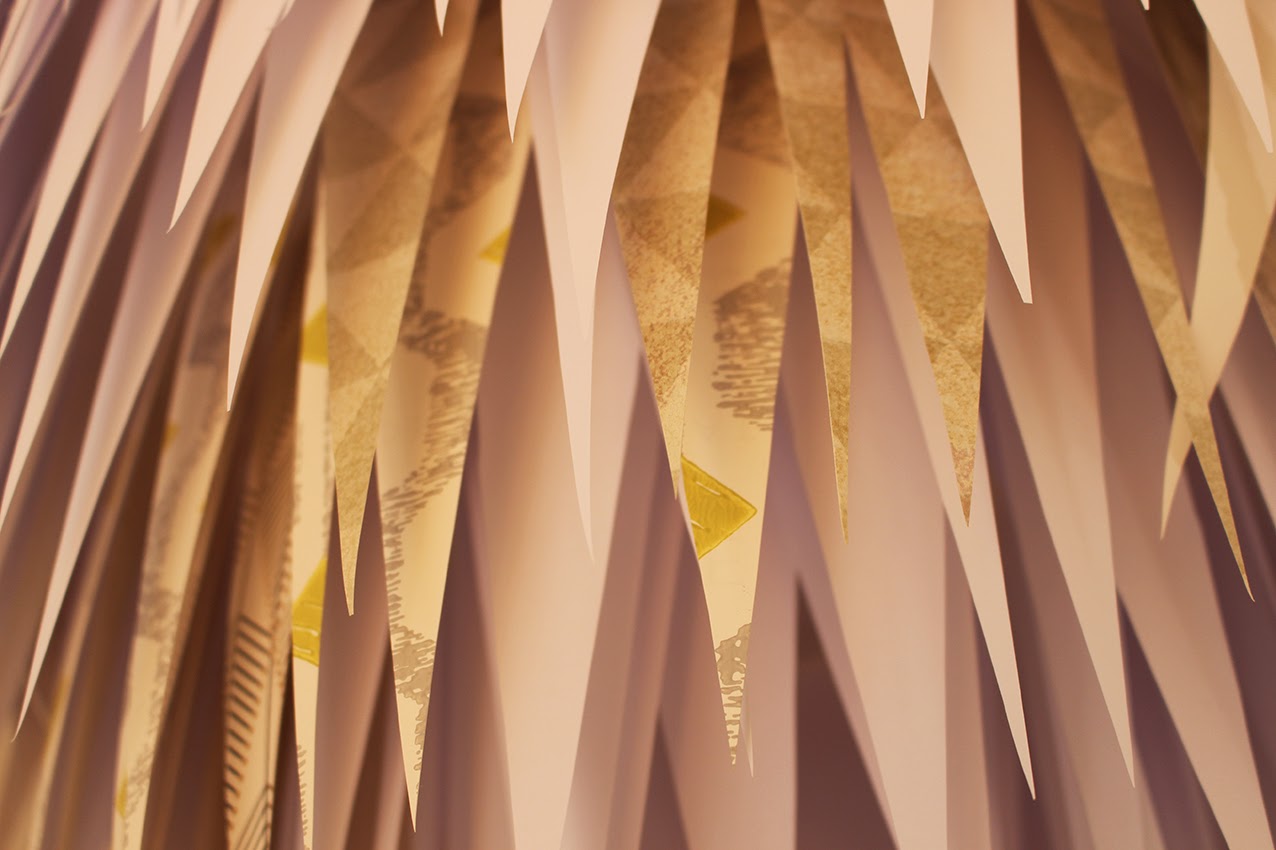 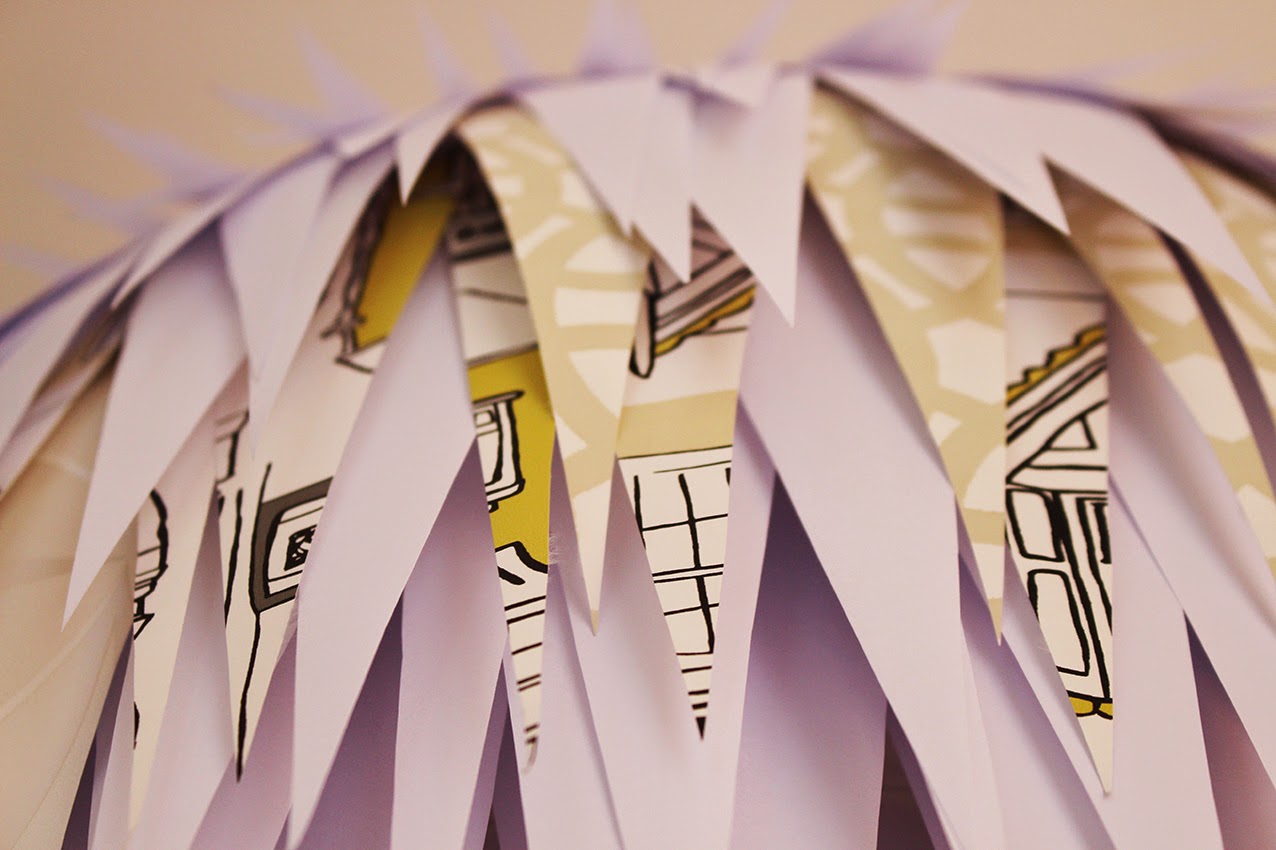 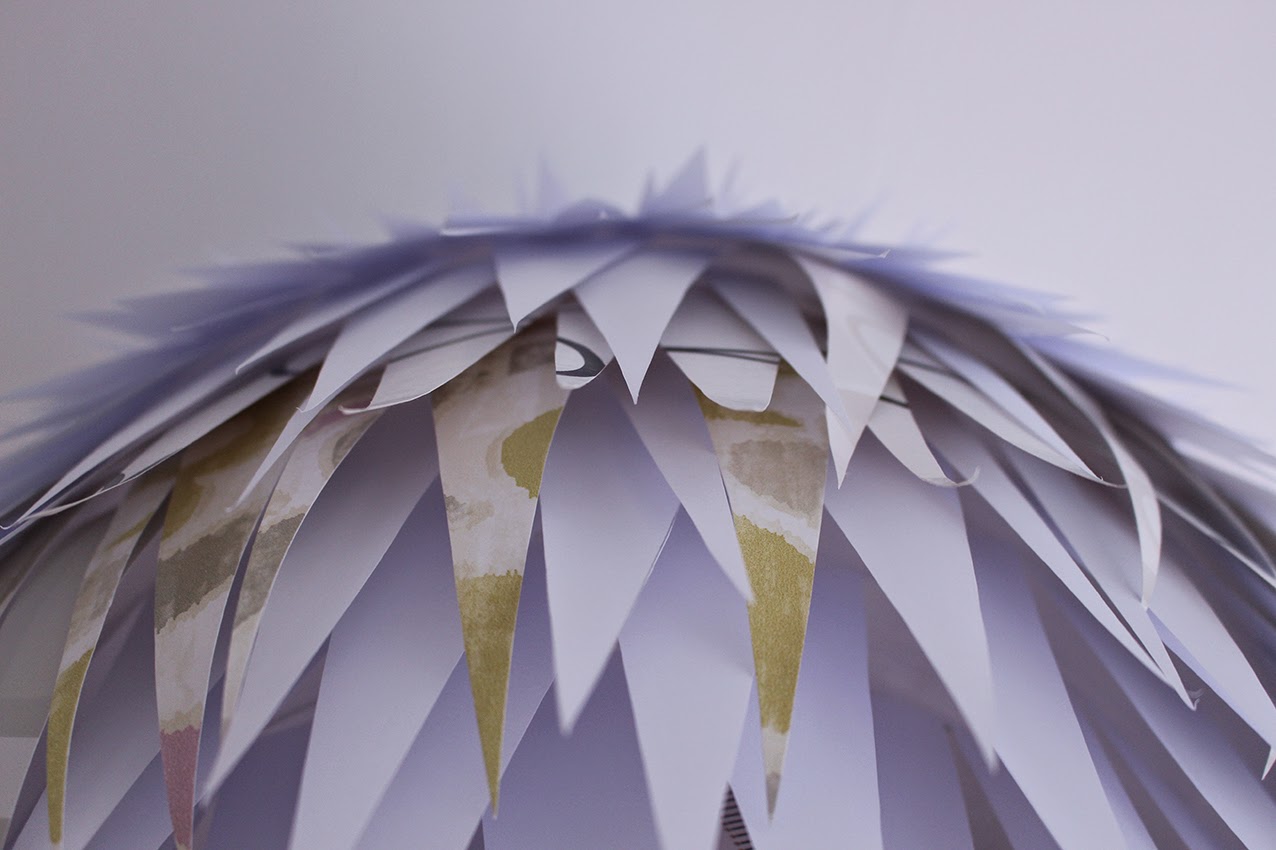 At first it bothered me that you can see the names of the samples if you peek inside the lantern. Those stickers on the backs of the samples wouldn't come off without tearing the paper. But now? Now I can sleep at night because I'm just glad it's FINISHED. 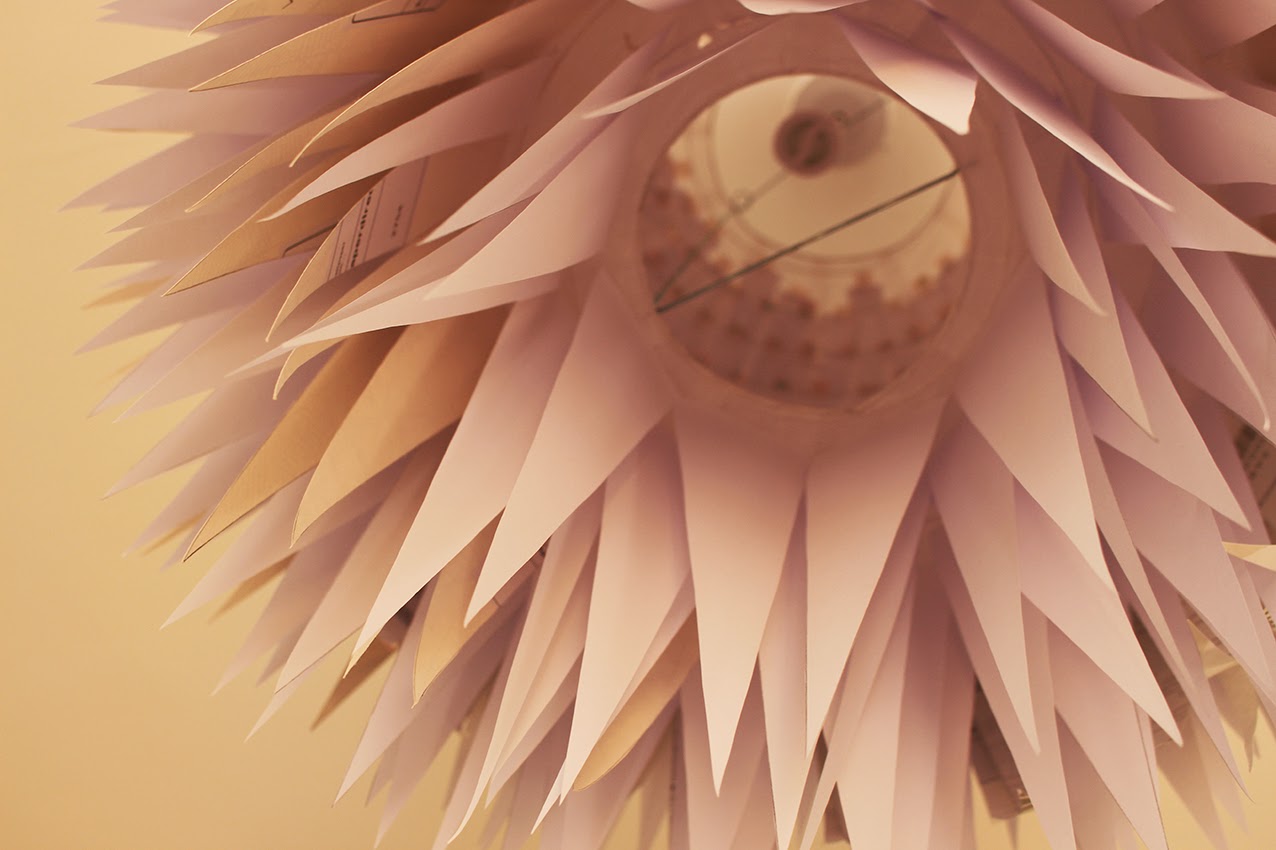 I do think it brings the room together a bit more (as much as it ever will, considering none of the furniture really goes together) even though it's considerably darker now with the light on. Sounds like an excuse to go out and buy more lamps to me! 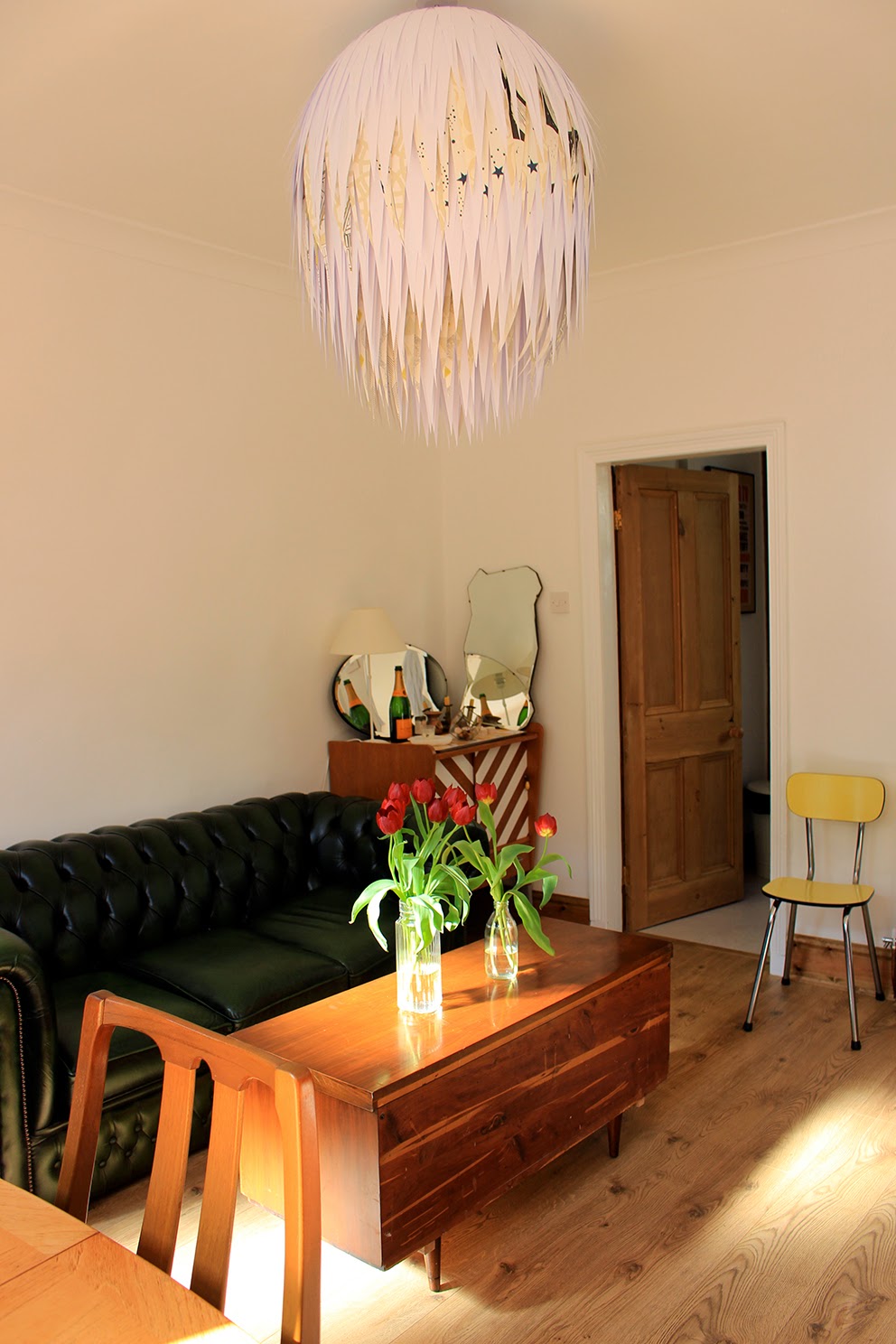 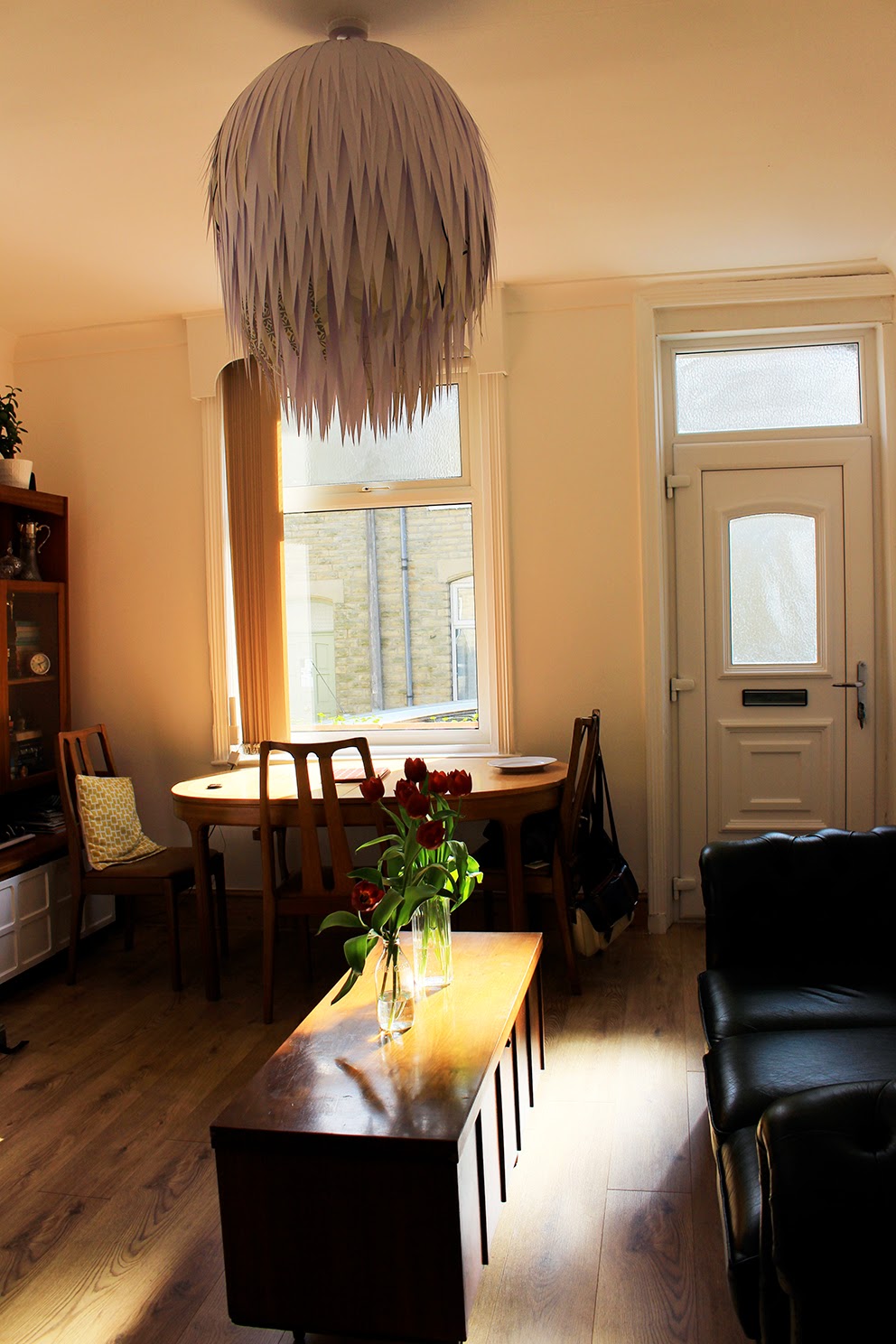