It doesn't always rain in Martinique...

but when it does, let me tell you, it feels like the end of the world. 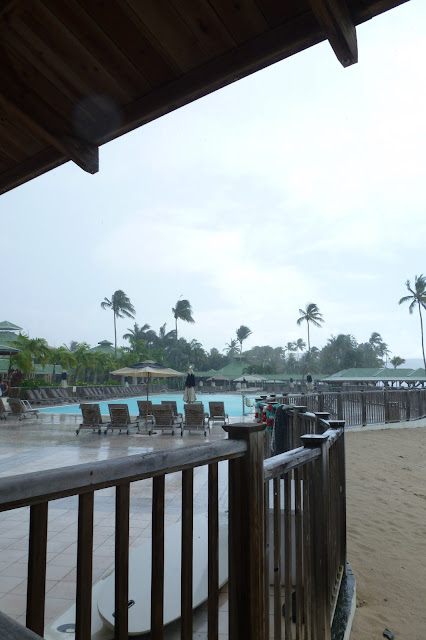 I don't really know where to start with this post so I think I'll just show you some dreamy pictures. 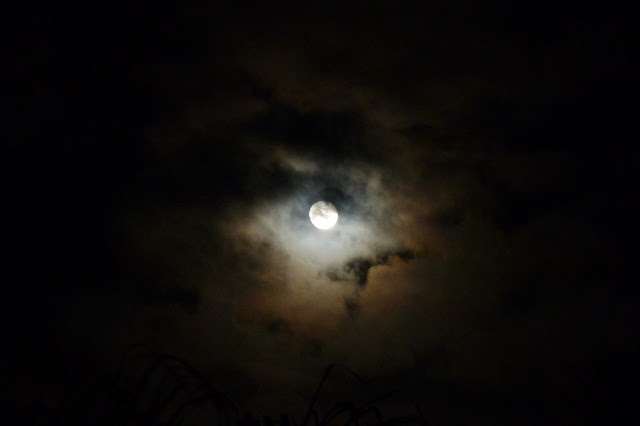 We did get a few stormy moments with thunder and sheet lighting, but nothing quite as epic as I'd hoped for. 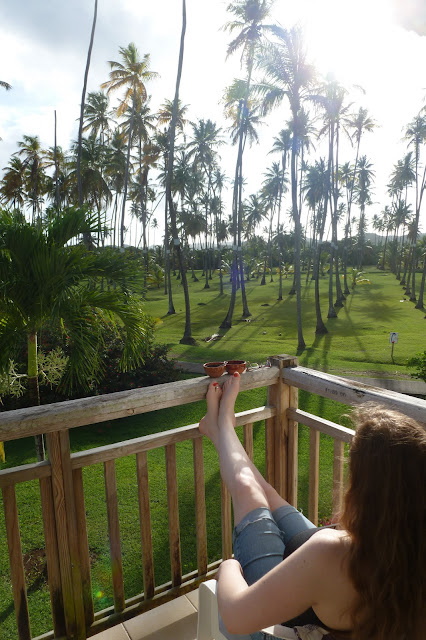 Morning tea on the balcony. Mere hours before my pale legs turned a dark shade of raw meat. They don't call us "rosbifs" for nothing. 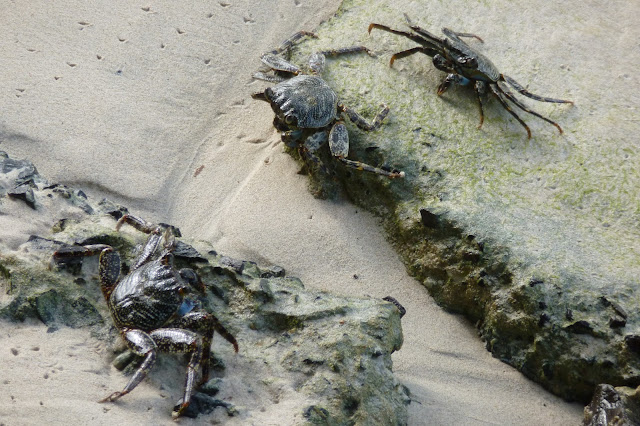 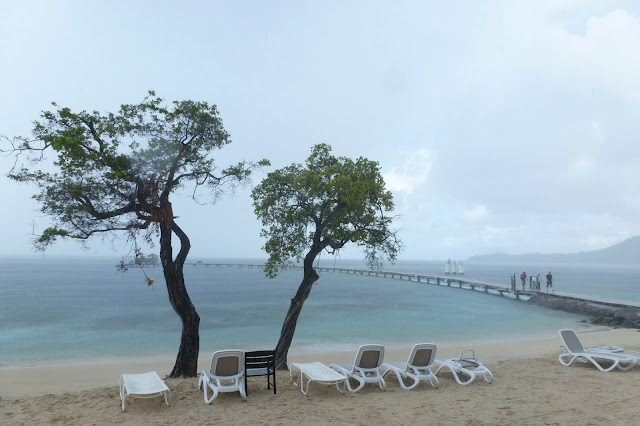 Our spot of beach. I don't know why we always went to the same spot when the beach was a mile or so long. Do you do the same when on holiday? I think it's the "resort" thing that did it for me. I got into a bit of a routine, which is a real shame. Then when I was told there were sea urchins on the other strips of beaches I felt better for being a resort potato and picking the urchin-free spot. 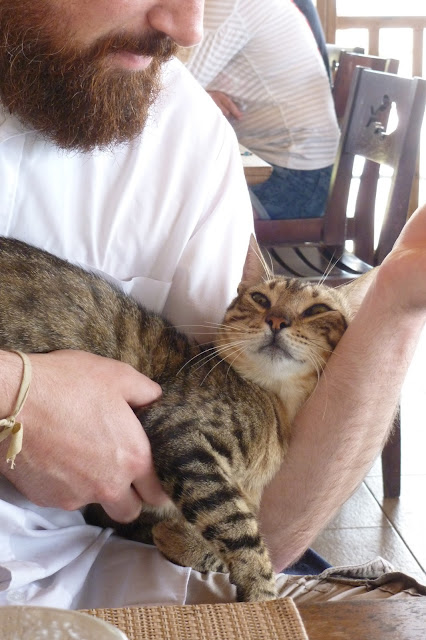 There are lots of stray cats who live on the resort. They're very very thin but apparently that's due to their metabolism. At meal times they go and sit by the buffet and get fed very very nice food. They're definitely not starving. If you let them suck banana smoothie off your finger they will fall in love with you and jump up onto your lap at the breakfast table, demanding snuggles and going into a state of complete bliss (eyes half shut, very loud purring, refusing to budge) 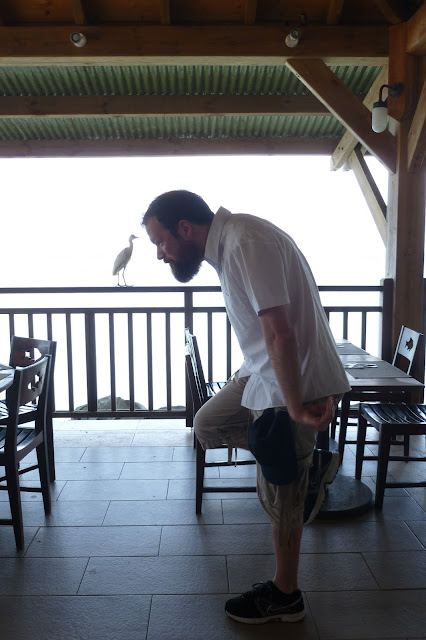 The famous white and cream heron met his cousin the miniature white egret (is it an egret??). They almost shared a kiss... 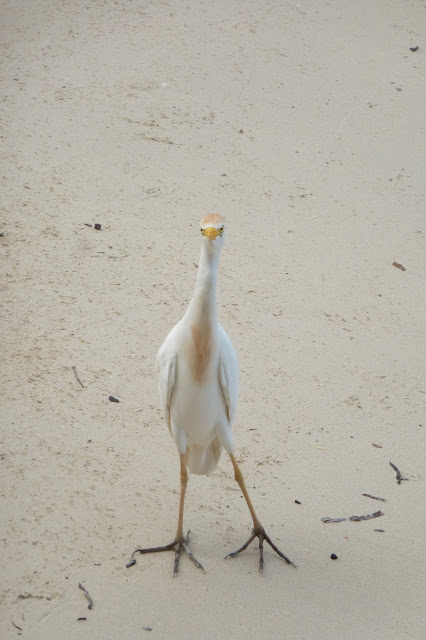 the incarnation of awkward... 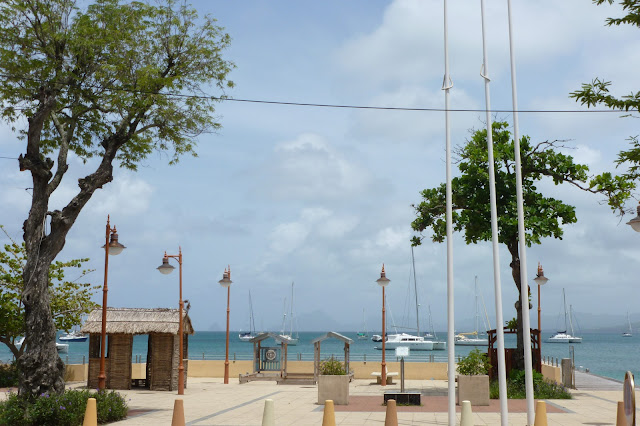 The little village of Sainte Anne at the very end of the beach. I highly recommend visiting the pharmacy, they have air conditioning and a huge selection of after sun. 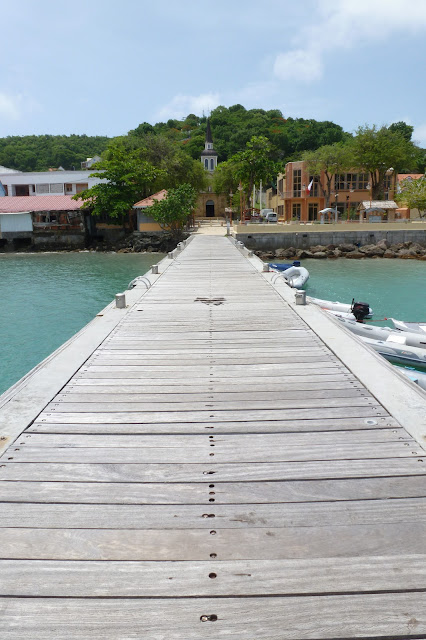 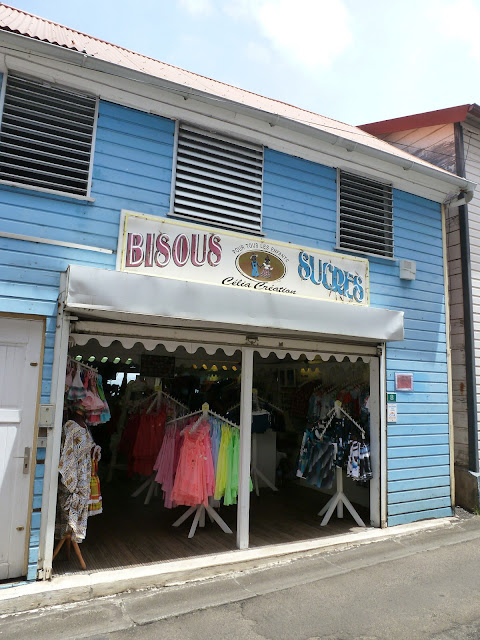 Don't go to this shop if you have a baby/niece/nephew as you will be tempted to buy them all sorts of flashy clothes they will realistically never ever get the chance to wear. Luckily I'd spent all my money on after sun by this time. 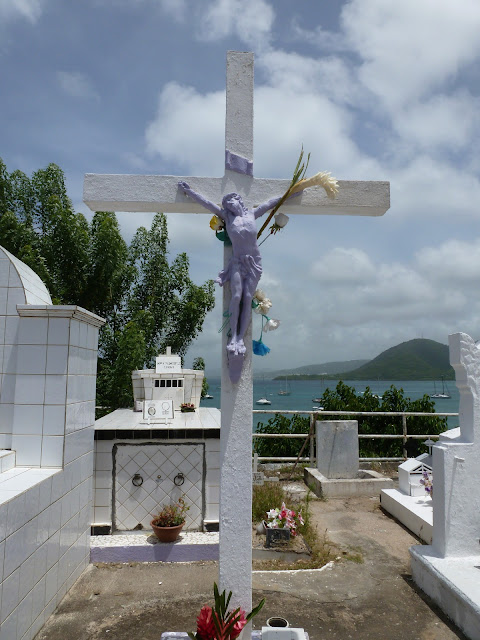 I don't know why but I love this. 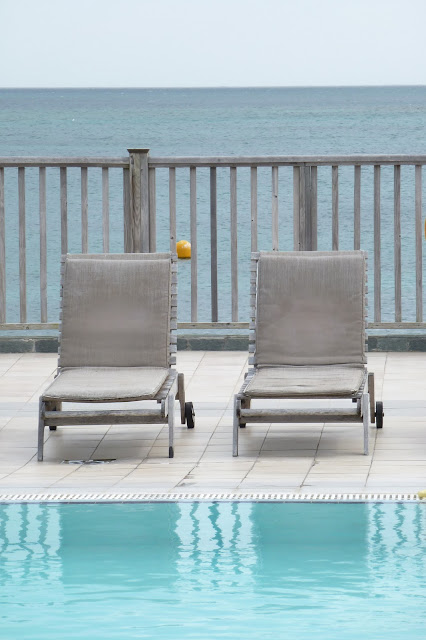