As I sit here typing this, I must confess I've got Barry Manilow singing Copacabana on Youtube (because I don't own this song...obviously).

So this was a company trip, like the one to Martinique if you've been following since then. We also went to St Maarten the year before Rio, where I had my first taste of extreme 5 star luxury. It's not my favourite way of travelling but I definitely won't say no to it if it's handed to me for free on a silver platter...

So, back to Brazil. It was a very short trip, only 6 days (including a 3 day extension that we splurged on because, well, when were we ever going to get the chance to go back to Brazil?) 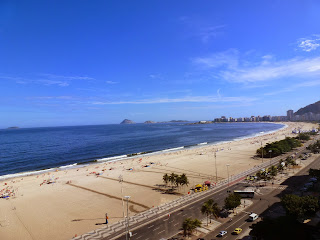 We spent the first 3 nights at the Windsor hotel on Copacabana beach (where we were later joined by Prince Harry. I'm not kidding, pics to follow). This was the view from our bedroom on the upteenth floor. 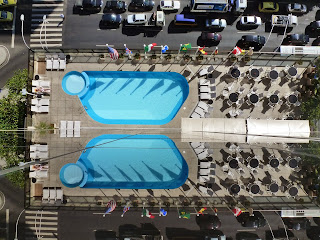 This was also the view from our bedroom, looking straight down onto the 4th floor pool. 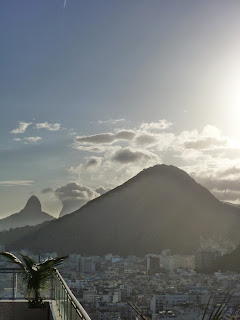 There was, of course, another pool on the top floor of the hotel. This is the view from up there. 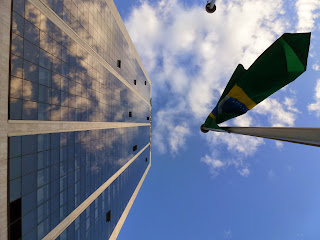 This is the view of the hotel building from the 4th floor pool. So there you have it. We arrived a day early (along with the 50 other colleagues/husbands/spouses who went for the extra long visit), but to be honest we didn't get up to much on that first night. A big of lounging by the pool, of bit of jet-lagged wandering around the neighbourhood, dinner near Ipanema, and bed. 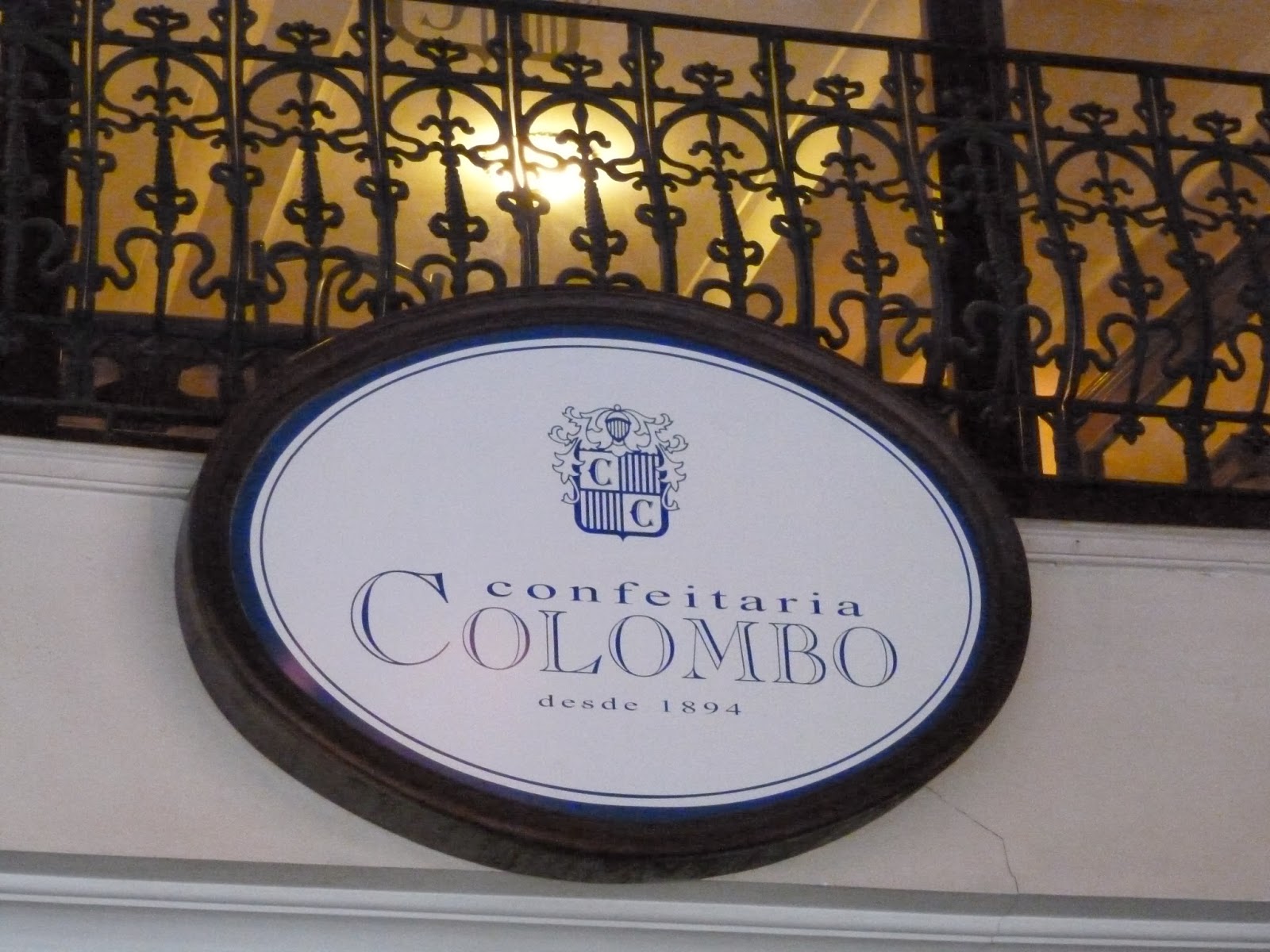 The next morning we were taken to Confeitaria Colombo to have breakfast and to join the rest of the group who had only just landed. Let's just say we were looking a bit more refreshed than them... 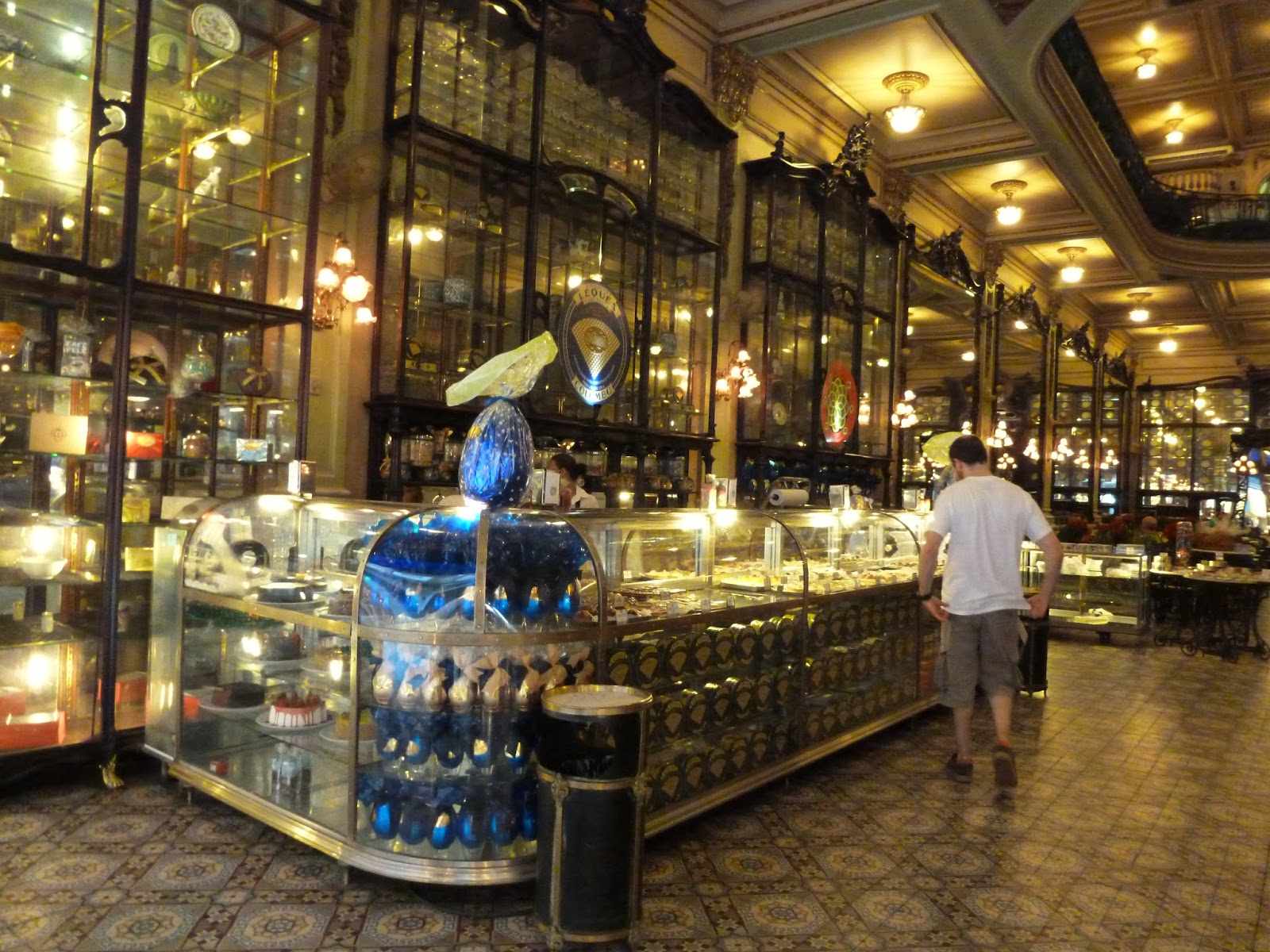 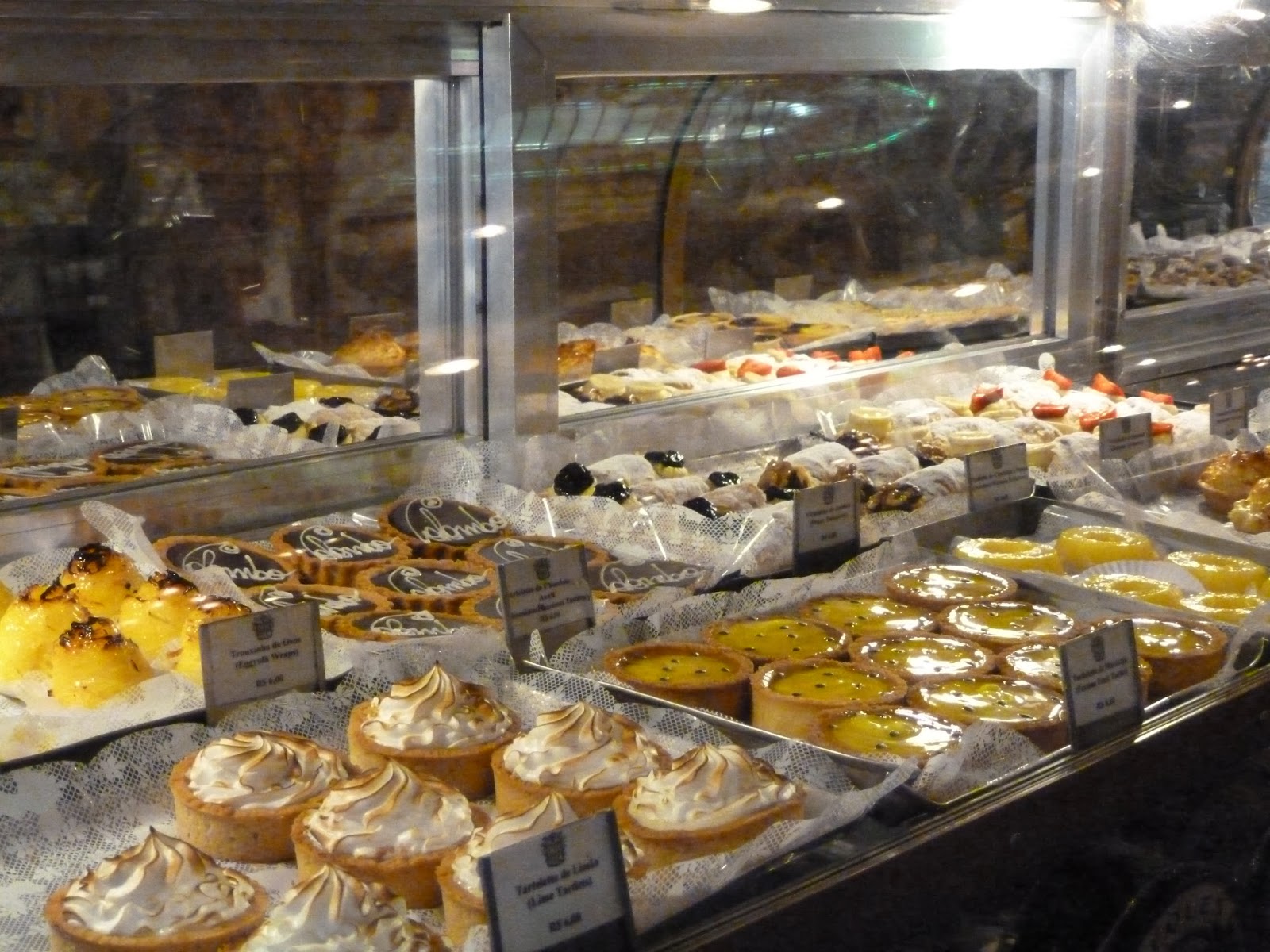 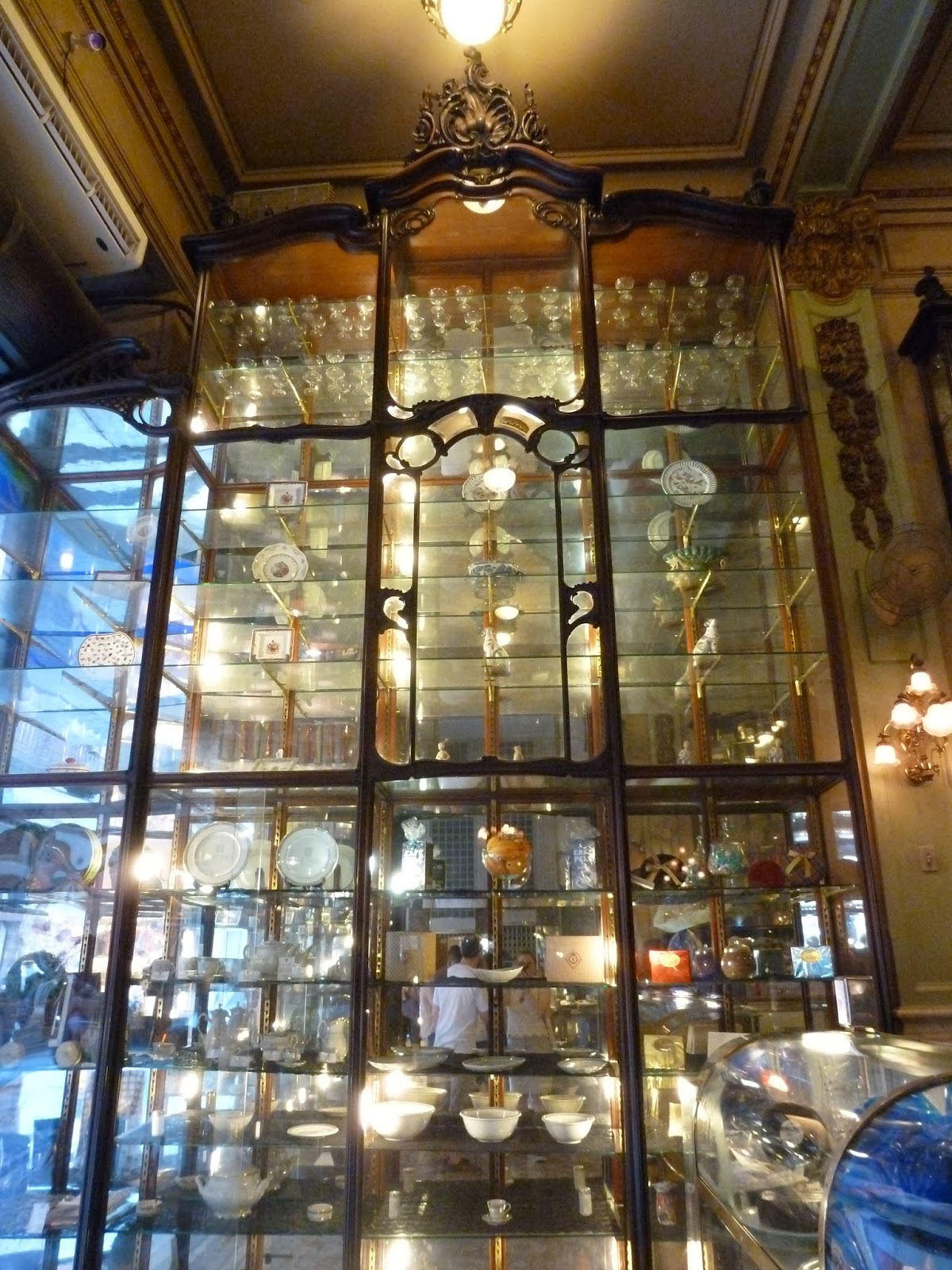 Amazing architecture and amazing coffee and pastries. We had a little walk around the town, trying to take it all in. 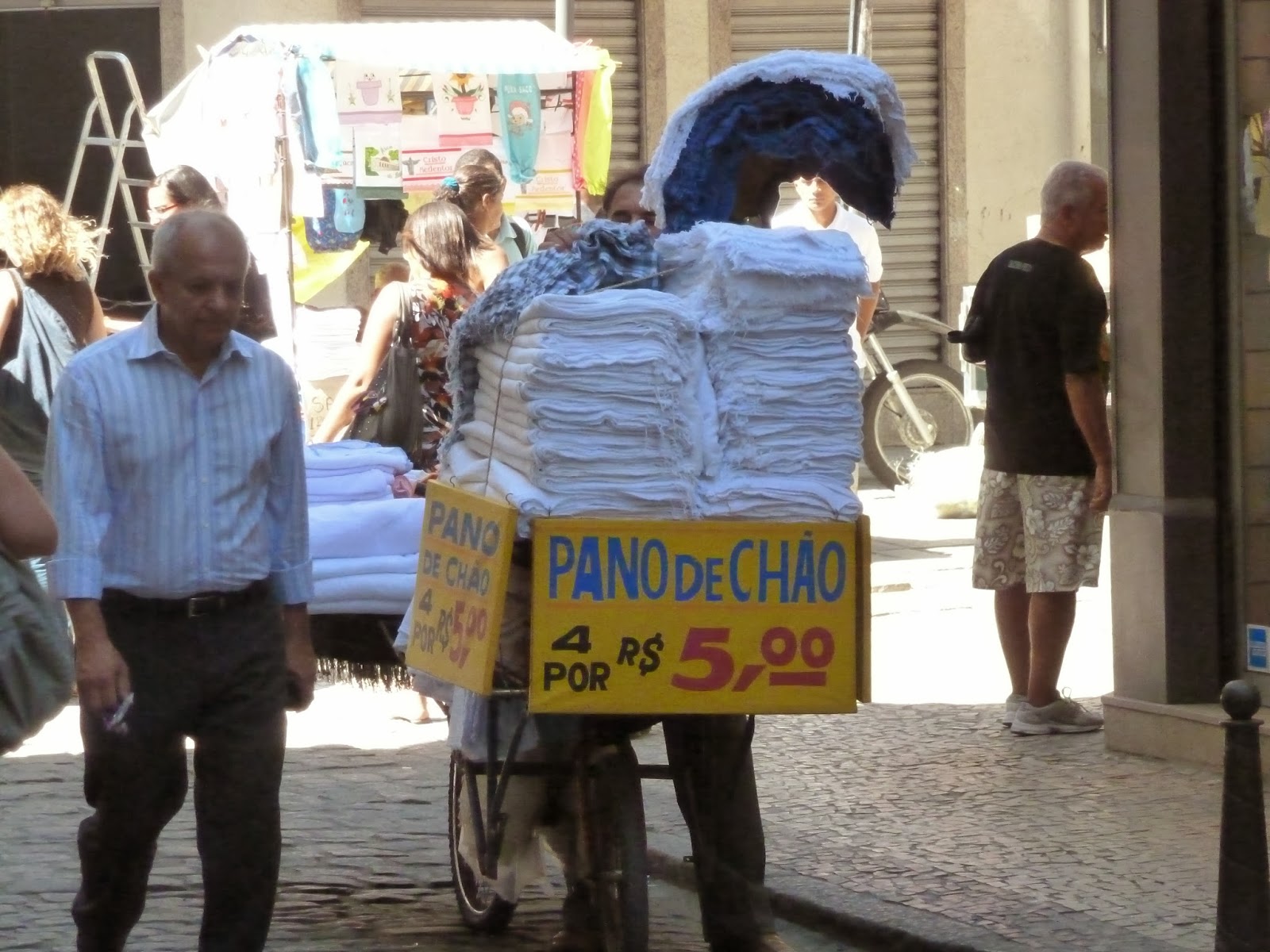 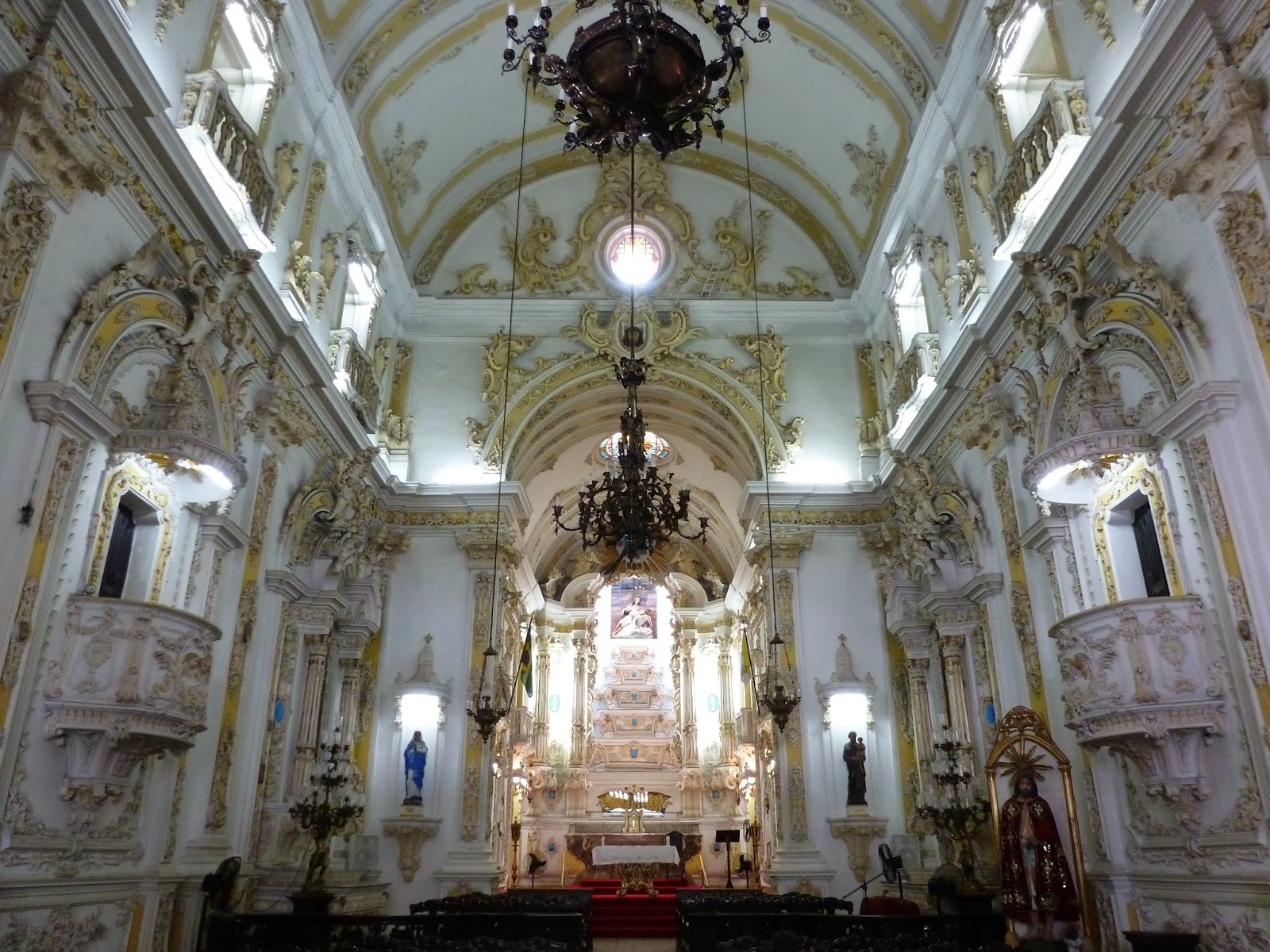 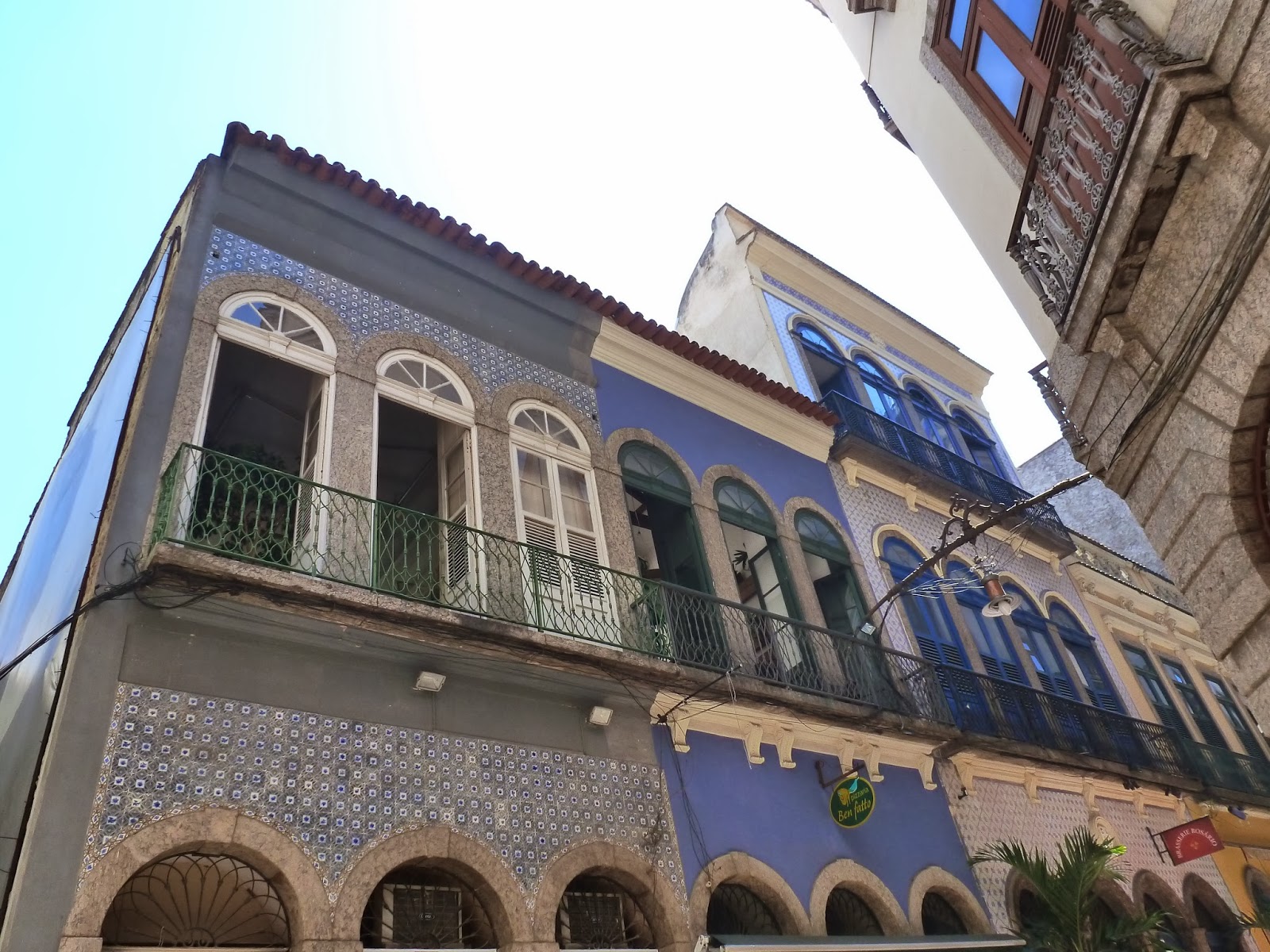 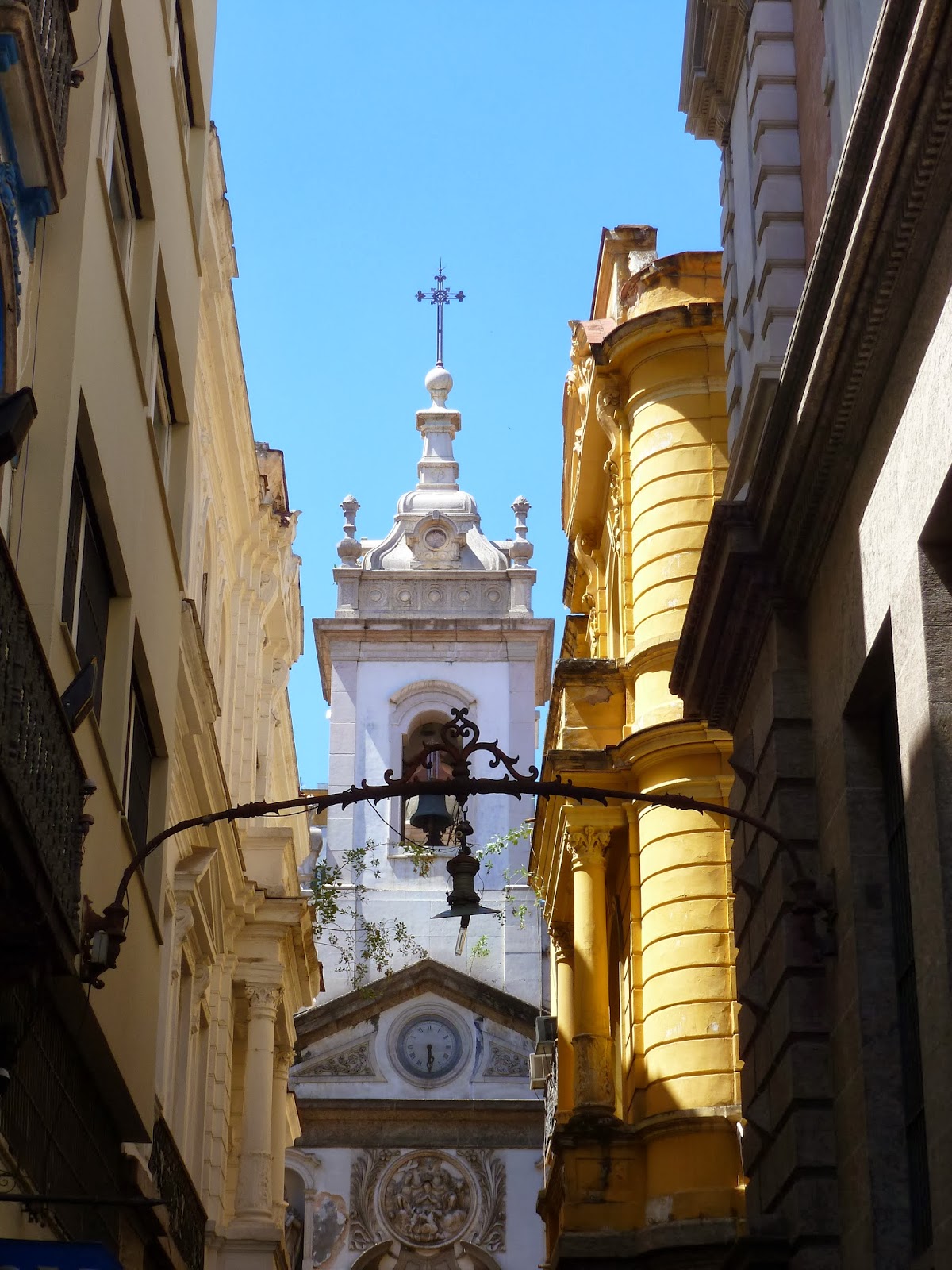 This is St Sebastian cathedral. It's pretty weird looking but nice inside (and cool!!!) 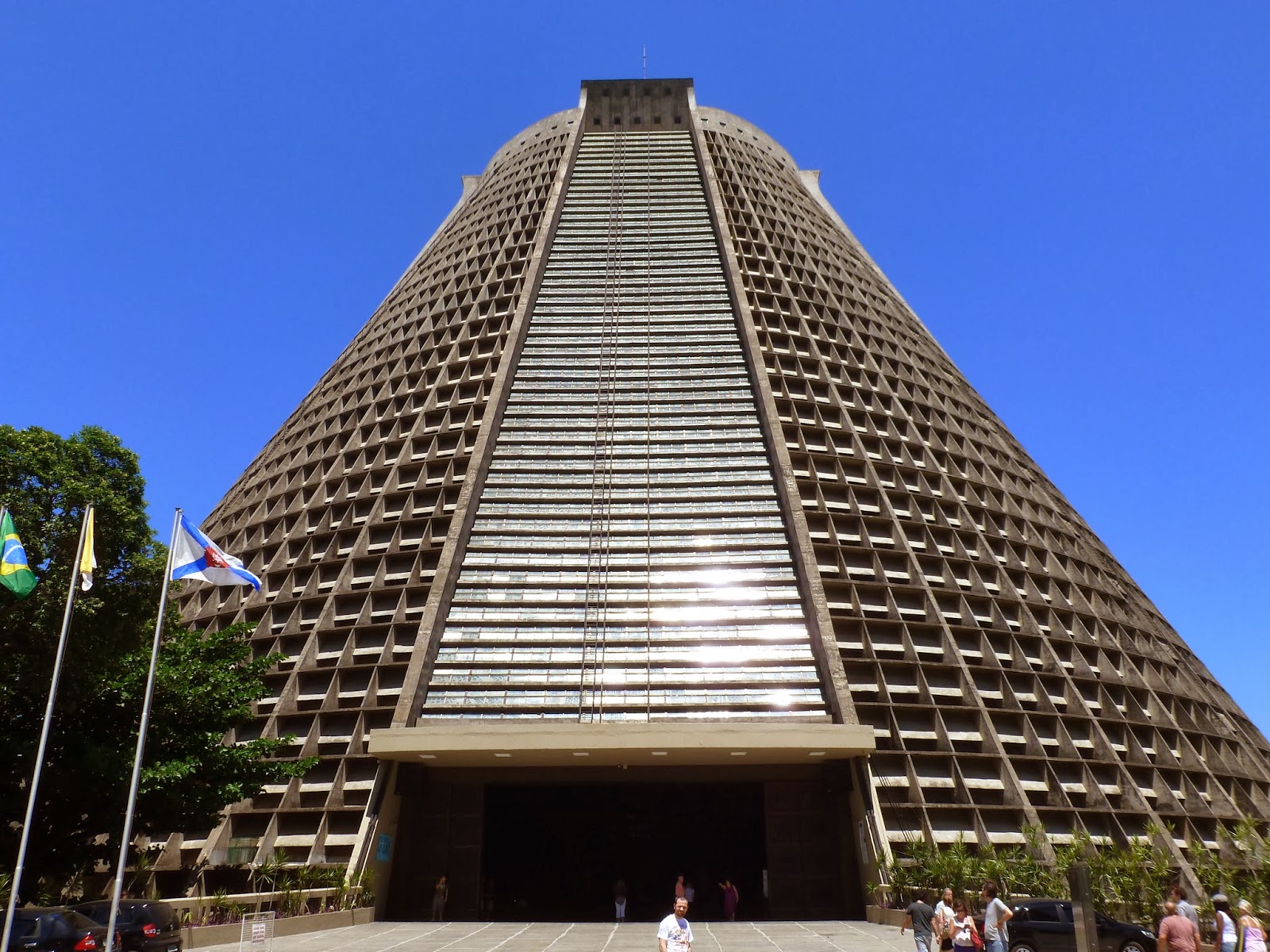 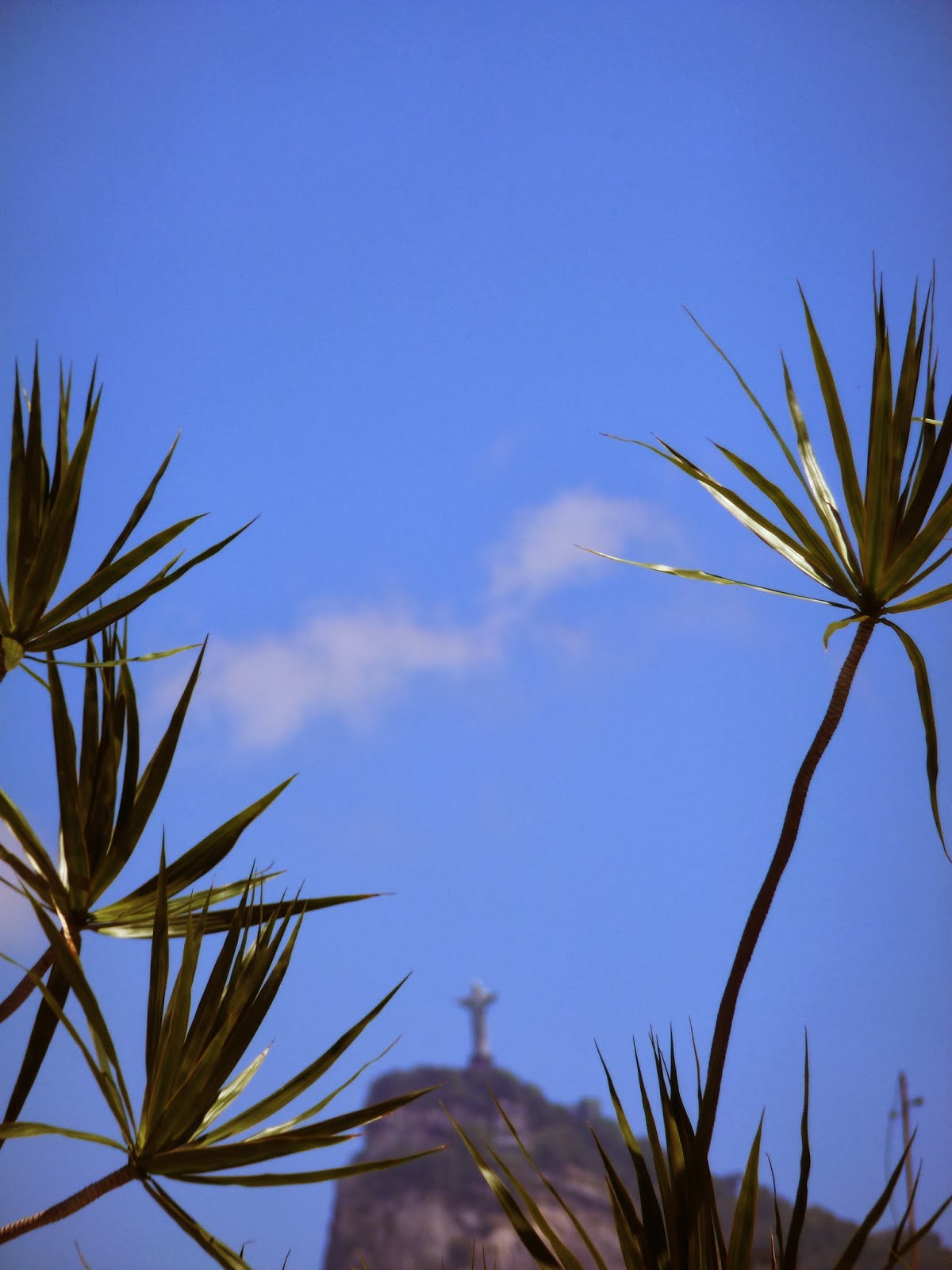 We kept spotting this guy from a distance...a much closer shot is coming in another post though... 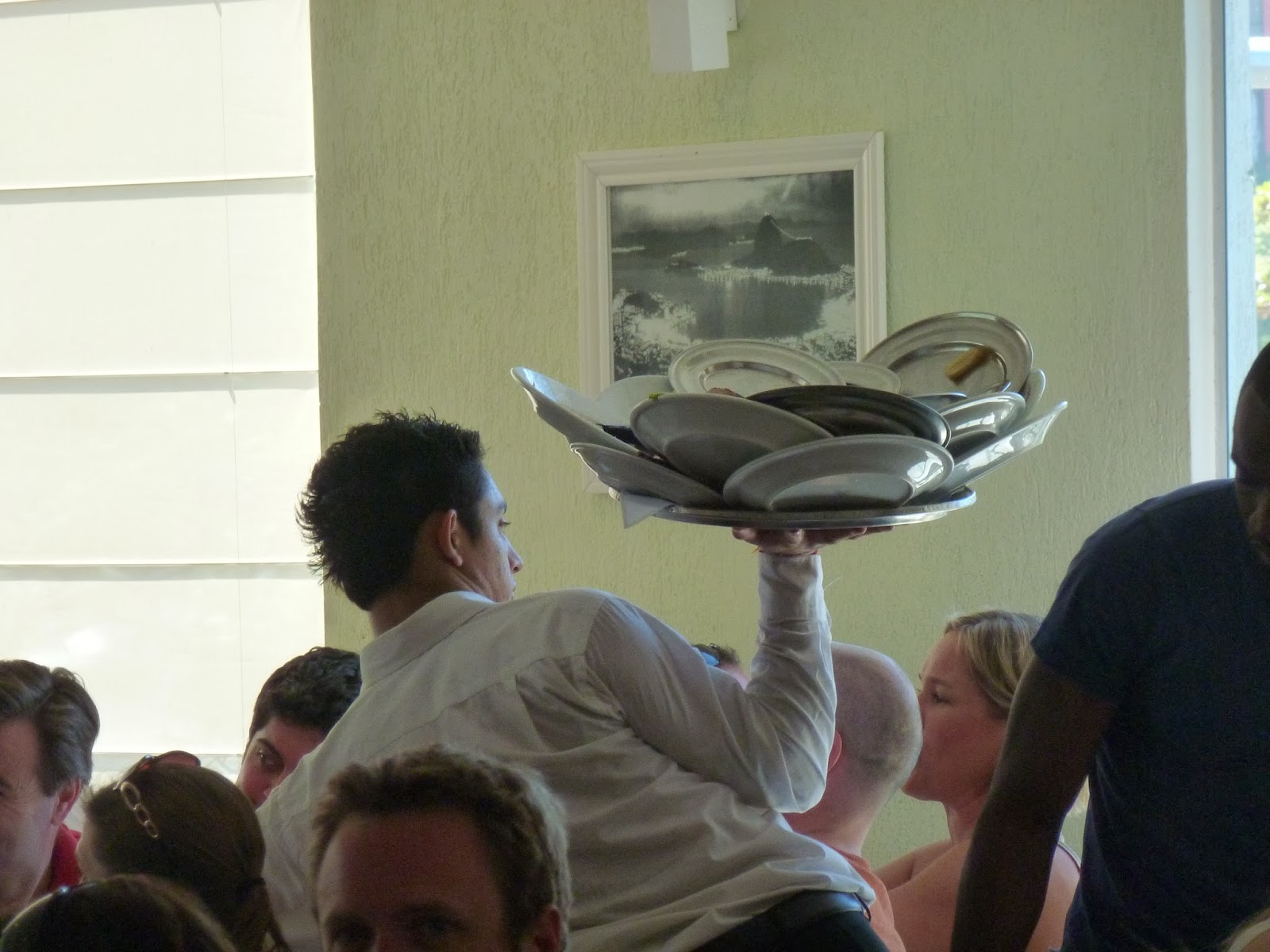 Lunch in a churrascaria, which basically means barbecue in Brazilian. Now I'm not a huge fan of meat, but I have to say it tasted pretty good in there. And I like the ways the waiters stacked plates. It's all about optimisation, yes?

At sunset we took the cable car up to Pao de Acucar (sugar loaf mountain) to snap some pictures. I can see our hotel from here, it's basically the tallest building in the photo. 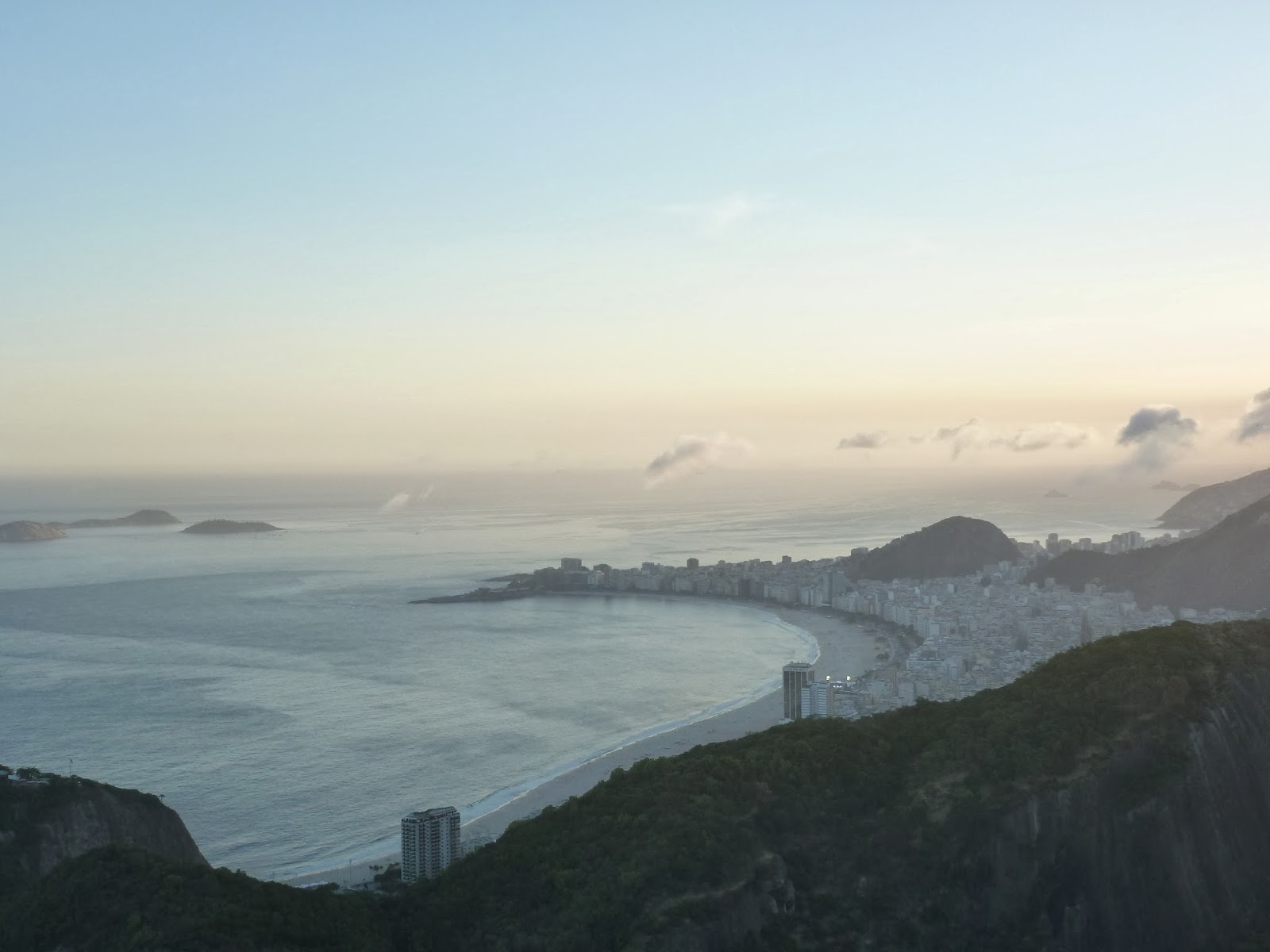 Another post is on its way. We got up to so much in so little time it's hard to remember it all, but I promise it gets a little more authentic and less touristy towards the end!