On saturday we met a couple of friends for lunch at the Marché des enfants rouges, one of my favourite places to eat and apparently the oldest market in Paris. 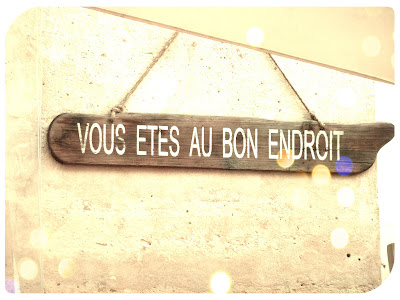 (This sign says: you are in the right place. Very true.)

It's fairly small and over 50% of the stalls are open-air restaurants. Yummy food from all over the place. I've only tried 3 of the stalls so far but I've been impressed. It's best to get there relatively early to avoid having to stand in line for a table (probably what I hate most about Paris). I always finish with a vanilla aragostina from the Italian stall. SO. GOOD. 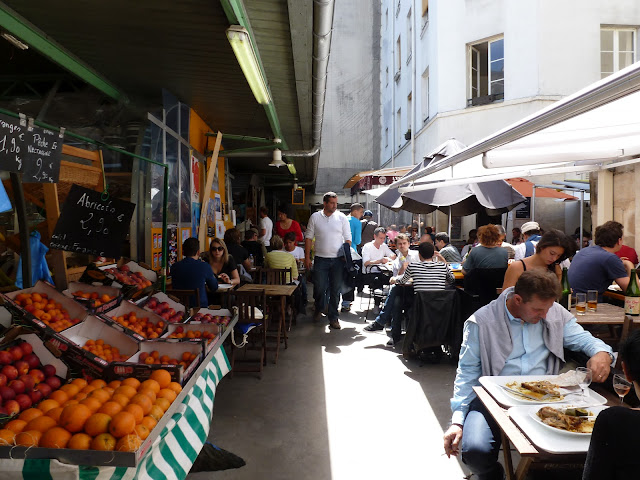 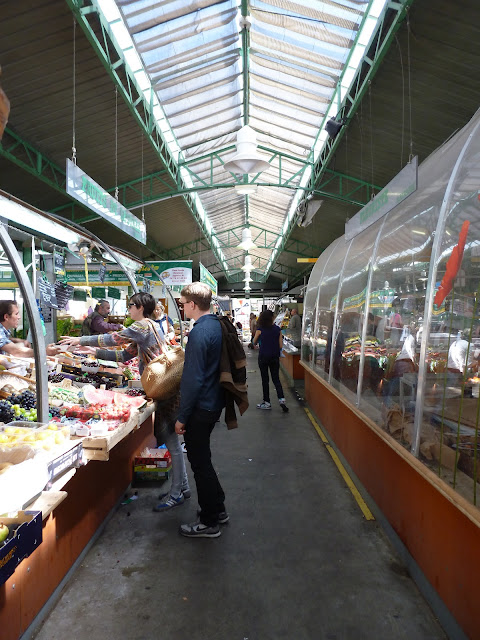 I can't remember what region the food we had was supposed to be from.  I had the weirdest salad ever. 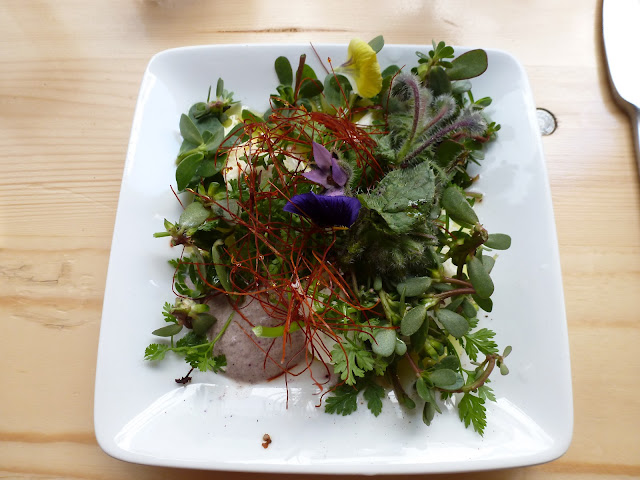 Yes, those are flowers. Prickly flowers! And what looked like little succulent shoots. There's mozarella and something else hiding under there too. Was it tapenade? Not sure...

Anyway, it was good! We also had a cheese platter but it looks like we scoffed it without bothering to take its picture first. 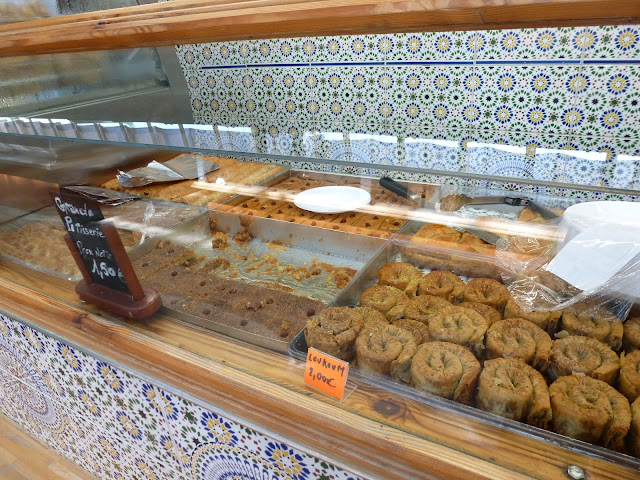 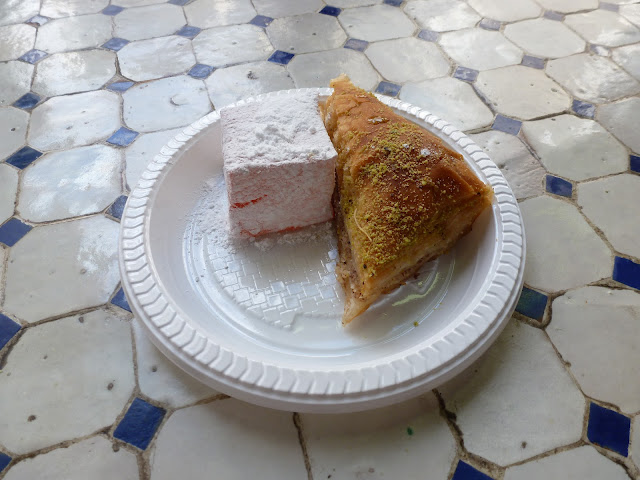 The others had Turkish and other delights for dessert. I stuck to my vanilla aragostina. Of course I didn't get a picture of it! But this is what they look like: 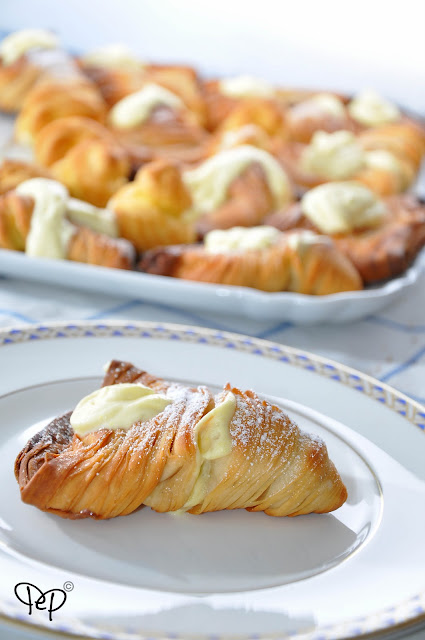 I even found a recipe in Italian, in case you're feeling adventurous. 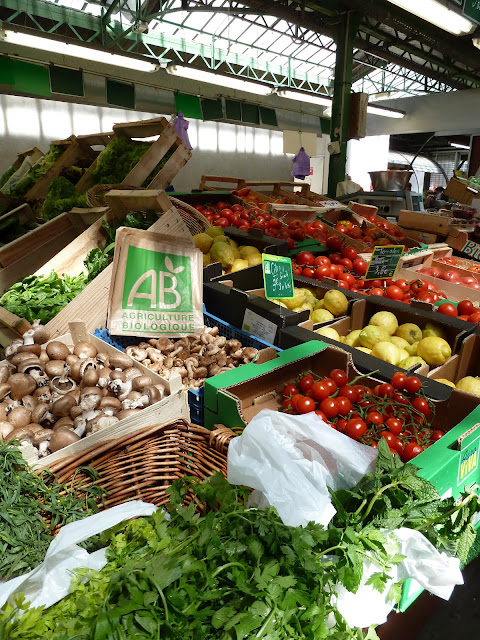 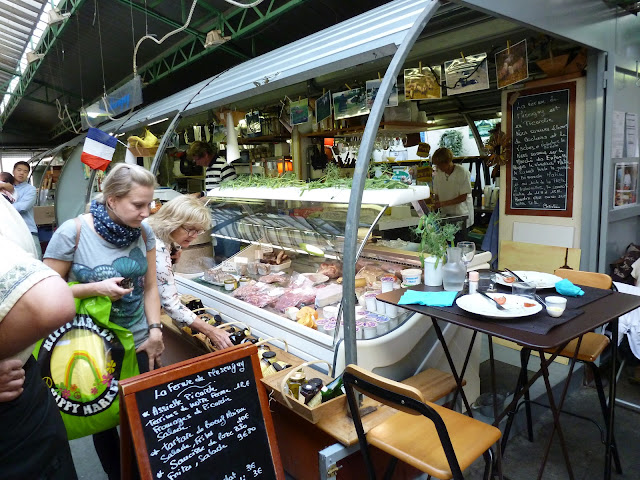 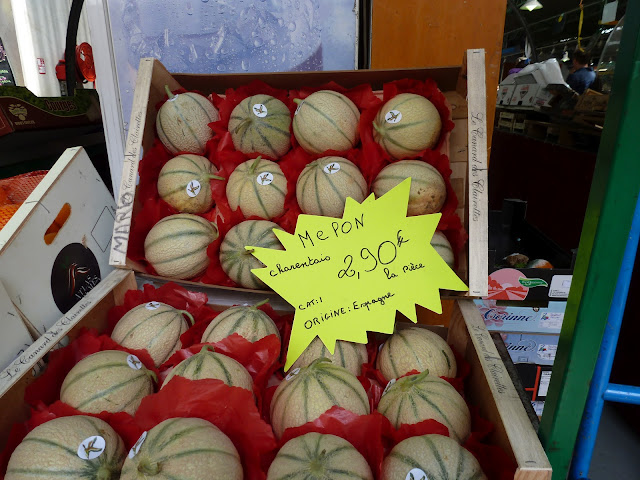 Then we wandered around in the Marais for a while and checked out some thrift shops. Not my favourite place to be. I love a good flea market or antique shop, but old clothes that smell of other people? Nope, not my thing. 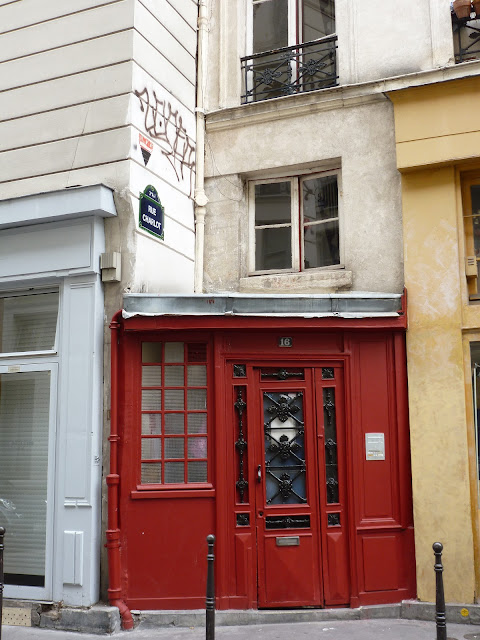 I love weird architecture though, and go to be a bit of a tourist in Paris for once. 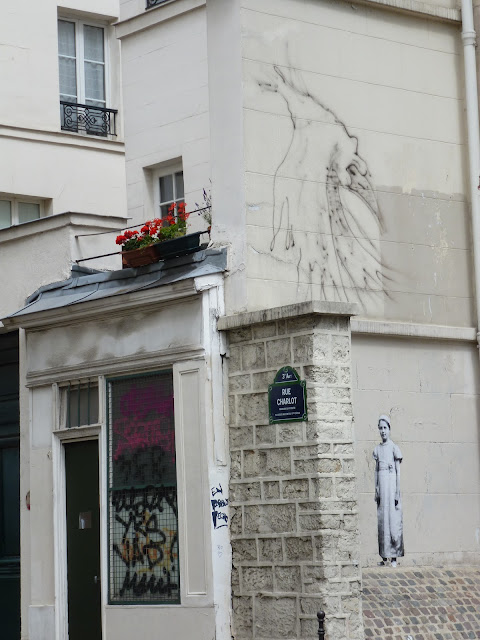 What a crazy mix. 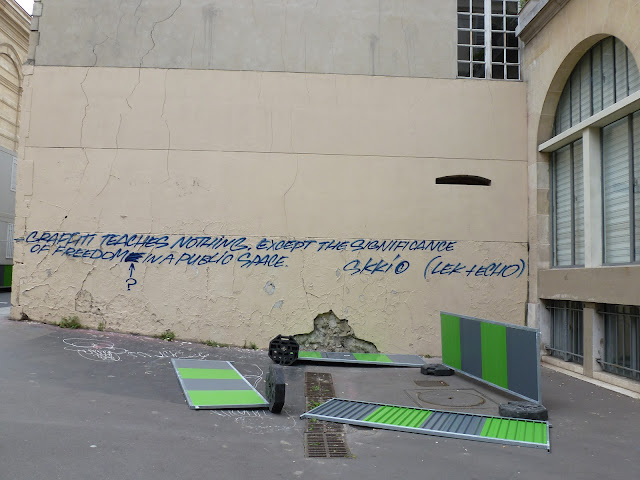 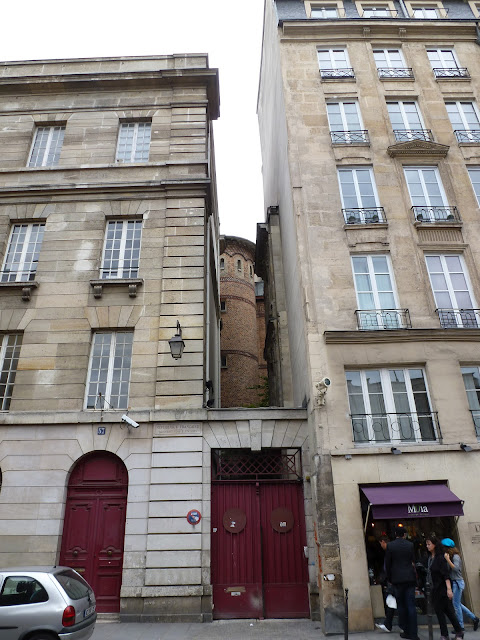 I spy with my little eye, something beginning with T. 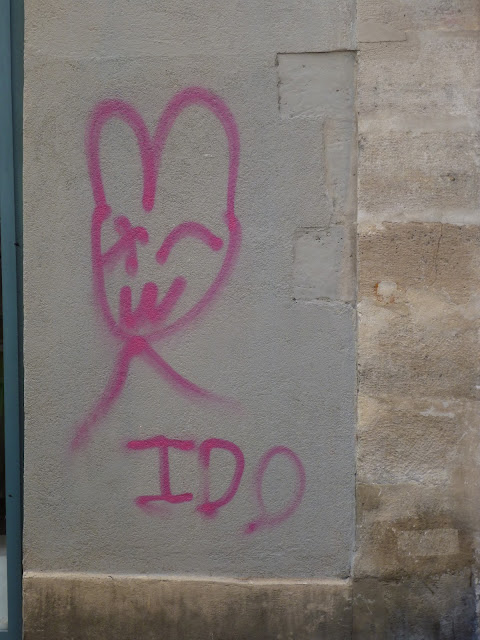 And something beginning with B! (I took this just outside a church and I'm guessing it has something to do with a wedding) 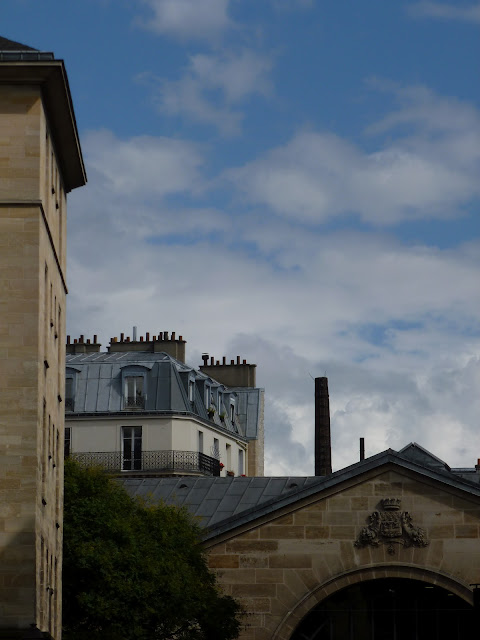 I'll admit that on a nice day and without too many people around, Paris is pretty stunning.

But then you go into a cafe and are forced to pay 7 euro for a glass of tomato juice. That's when you change your mind again. 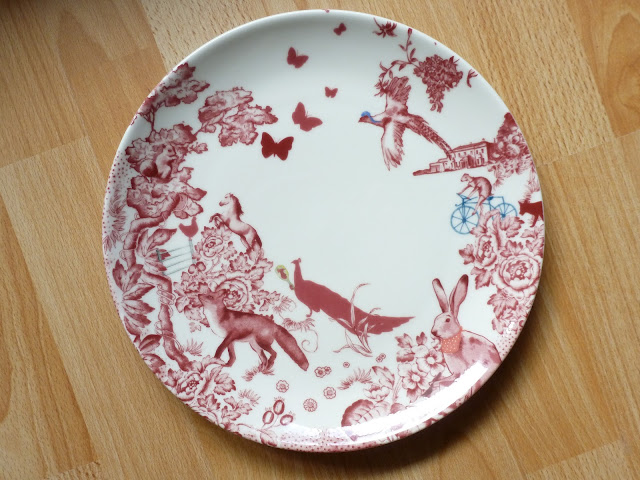 But since you just came across the cutest little shop and found a beautiful plate on sale, you decide that in the end, Paris in the summer is rather sweet.

How many animals can you see? 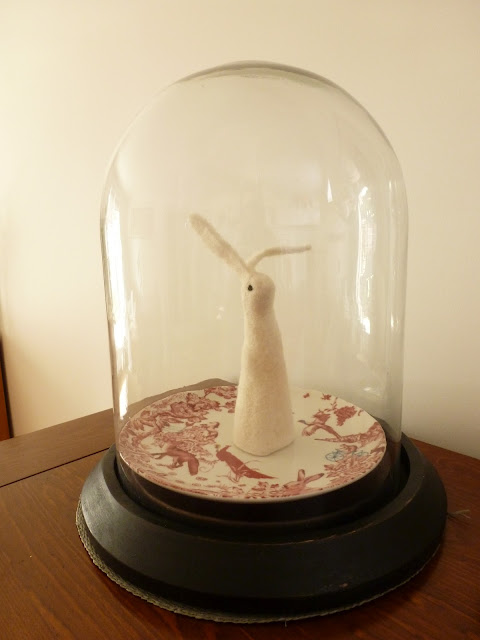 This isn't its final spot. I just thought it might look cute like that. It doesn't really, but I couldn't be bothered to change the arrangement.