I've been finding things on the street lately. Pretty (dirty) things. Let's not mention my footboard, which I've more or less given up on. After 2 sweaty hours hacking away at the upholstery, I had removed about 5% of old orange mousse and cardboard and nails and staples. I've never seen so many staples in my life. That bed could have been eaten up by a hurricane and come out unscathed.

No, my most recent finds just needed a good shower and a bit of love. 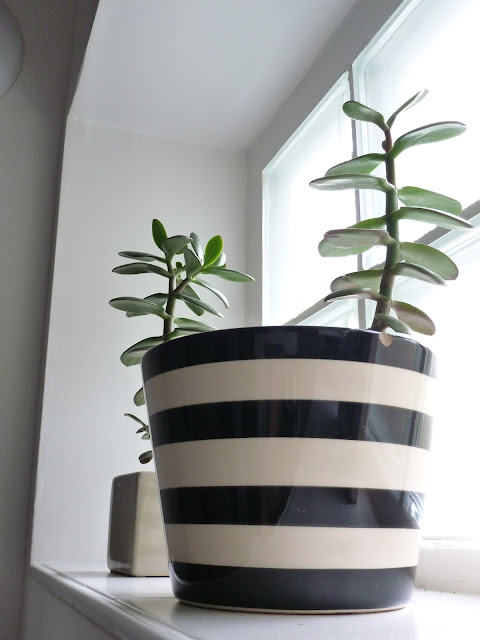 I found this plant pot on the street right outside my flat. It was grubby and dirty and I was surprised when it cleaned up so nicely. Now it's all nice and glossy and it goes perfectly in my bathroom. It's got a tiny chip on its shoulder but I don't care, I love it and it loves me.


My other find was this: 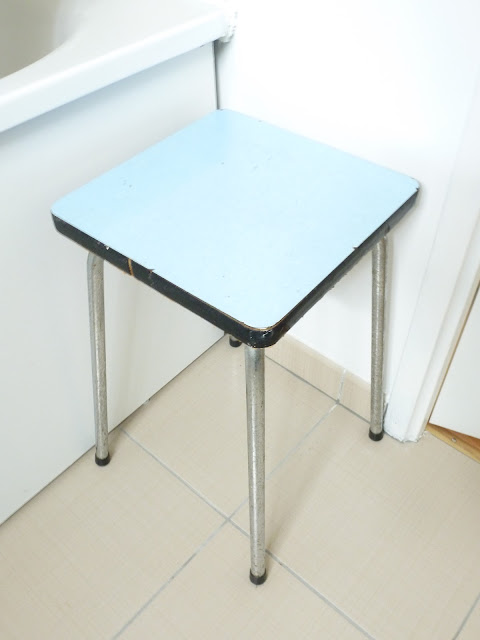 I found this little blue treasure on the street while walking home from work last week. It was raining (hello october) and the stool was FILTHY. We're talking years and years of grime and dust and earth, mixed with big drops of water, turning it into mud. But it looked at me with its little formica eyes and I swept it up into my arms and... well no really I held it as far away from me as possible on the train. But I did take it with me to the Canadian pub in St Michel where I was meeting friends for drinks. Luckily the staff there didn't seem to mind. Then it spent 4 days on the doormat in the hallway waiting to be cleaned. I finally got round to it yesterday so I popped it in the shower and scrubbed it down. Then something terrible happened: I realised the underneath of the seat was made of chipboard and was all soggy and falling apart. So I put it out in the sun for a few hours and hoped for the best. When it was dry I hoovered up a lot of the bits of chipboard that had come loose and gave what was left a coat of varnish. It's still losing a few chips here and there but should survive! 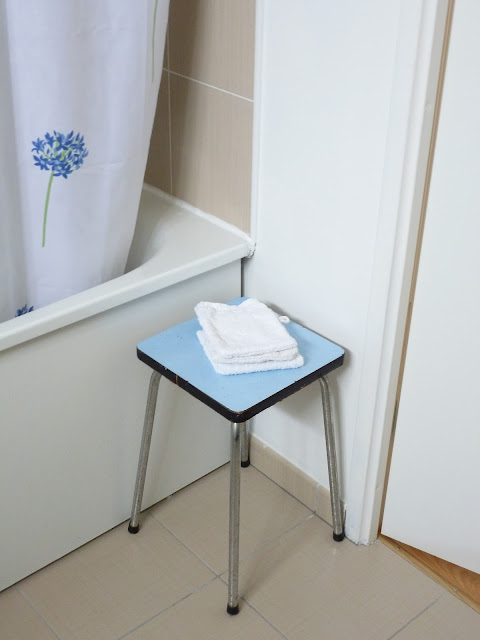 Is it cute or what? It needs another good clean really, the seat isn't in the best condition and there's lots of rust on the legs, but it was free and I like it. Plus, we've been to a Canadian pub together, that has to count for something.
(by the way if you live in Paris and want yummy food, go there). 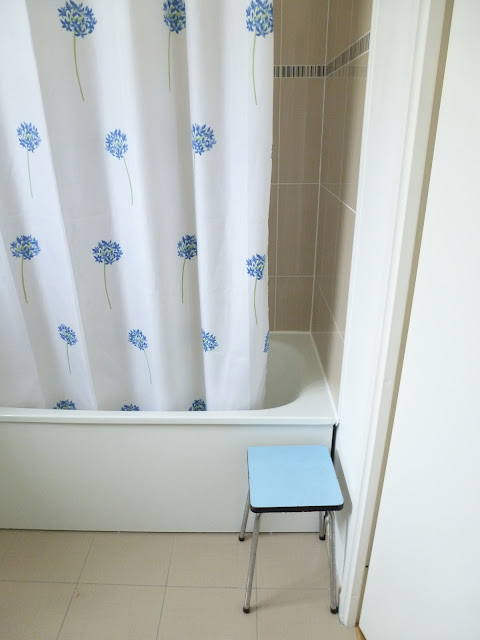 Pssst! I changed the shower curtain after taking these photos, update coming soon!