Didn't I promise you a post about Gaudi about a bazillion years ago?

Also, I've officially run out of things to say. Well no actually I've run out of good pictures of the things I'd like to show you, including a very nice looking bathroom pendant... maybe tomorow!

In the meantime, here are some of my favourite pics of the Parc Güell that I took a couple of months ago during my visit. 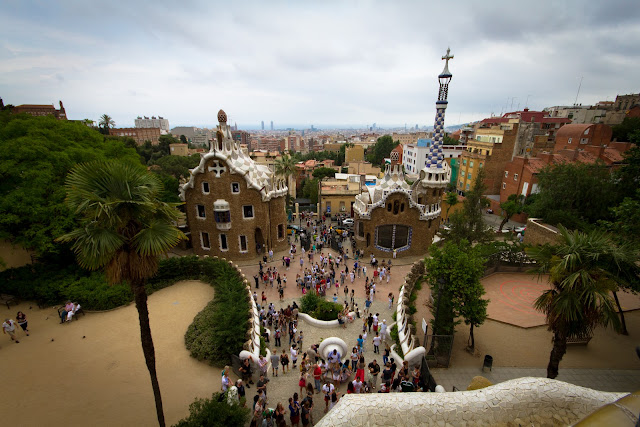 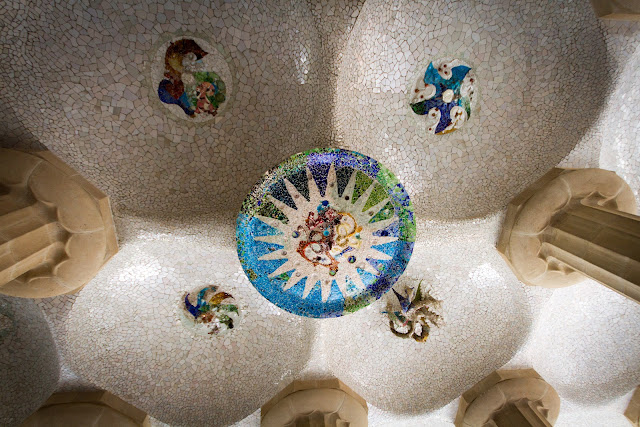 This is part of a genius water collection system, the rainwater collected on the esplanade above and ran down each column to be used for watering the plants in the parc. I kid you not. Gaudi really was a genius. 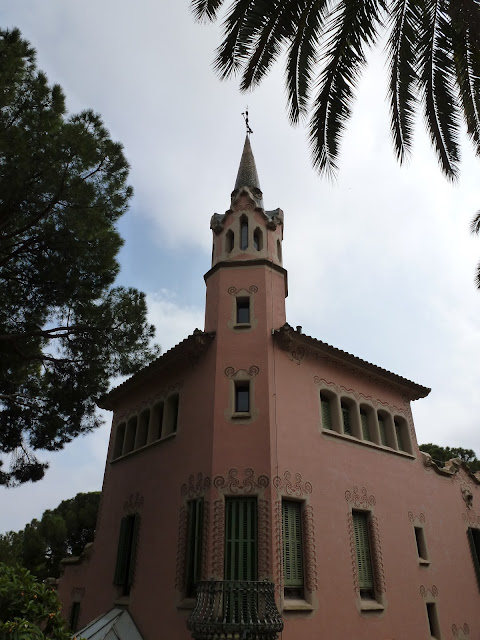 Gaudi lived in this house for a few years.

On to the Sagrada Familia cathedral. I've never really been a fan of religious buildings. To eery for me. Bits of people's bones in solid gold boxes? No thank you. Our guide took us around the outside of the catedral first, explaining what the three facades represented (navitivy, passion, and glory), one of which isn't finished yet, in fact the whole thing won't be completed for another 15 years I think. You can find all the info you need right here. Then he asked us to brace ourselves for what we would find inside. I wasn't at all prepared for what I saw inside. I'm not going to show you or say much about it because I don't want to ruin it for anyone. Let's just say I've never seen anything like it and I was really moved. Here's the outside. 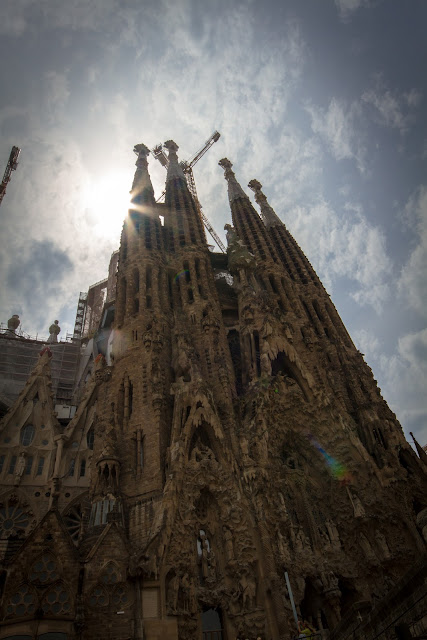 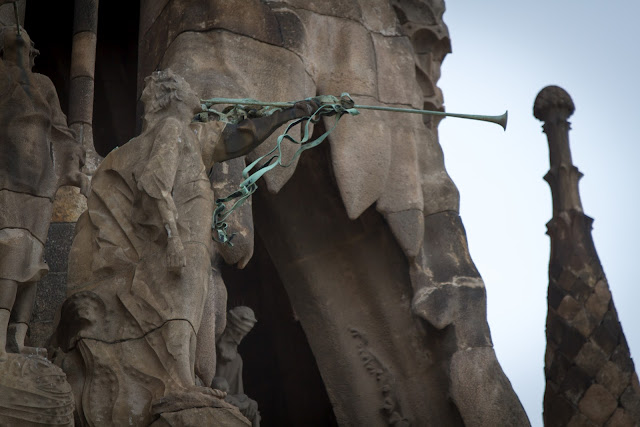 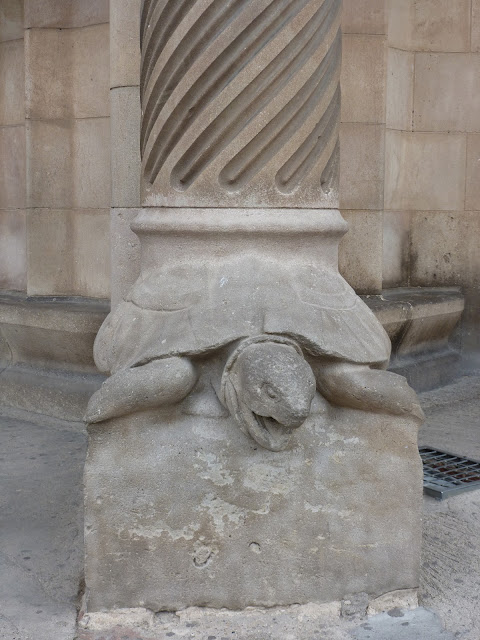 Nativity detail. the three porticos are separated by two large columns, and at the base of each lies a turtle or a tortoise (one to represent the land and the other the sea; each are symbols of time as something set in stone and unchangeable) (thanks wikipedia) 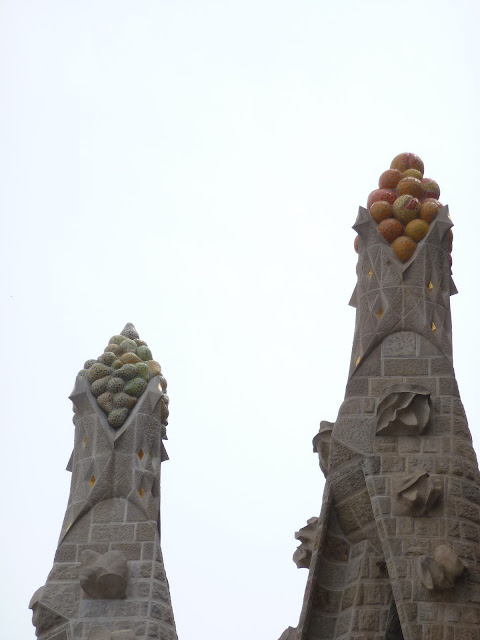 These colourful baubles are found at the top of each spire. Pretty! 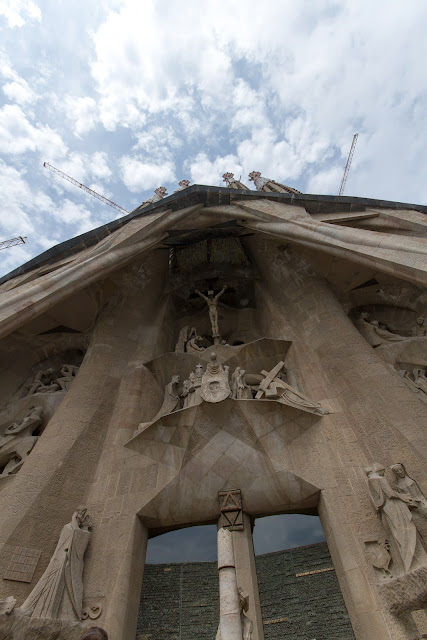 This is the back of the catedral, the passion façade. See how it's all about sharp angles while the other side was all soft and sort of melted looking? Crazy stuff.

Now I'm going to go off on a tangent that has nothing to do with Gaudi. At least I don't think so. I don't actually know what this building was and who built it, we spotted it on our way back to the hotel to shower and pack and we had to have a peek inside. It's called Casa Asia. 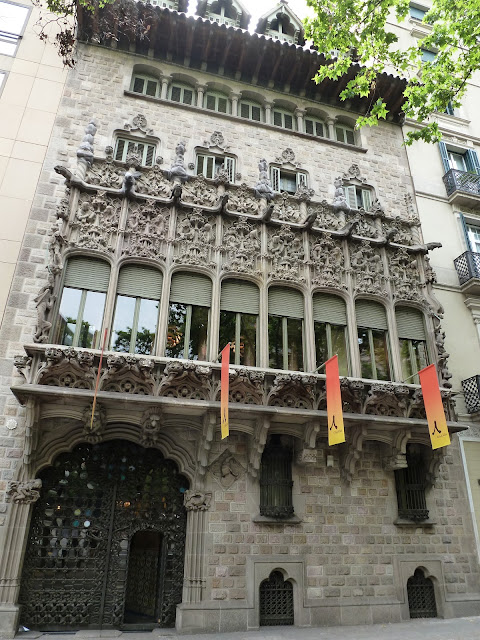 There was some sort of exhibition inside, strange asian art, short films, pendants, paintings, photos, etc. 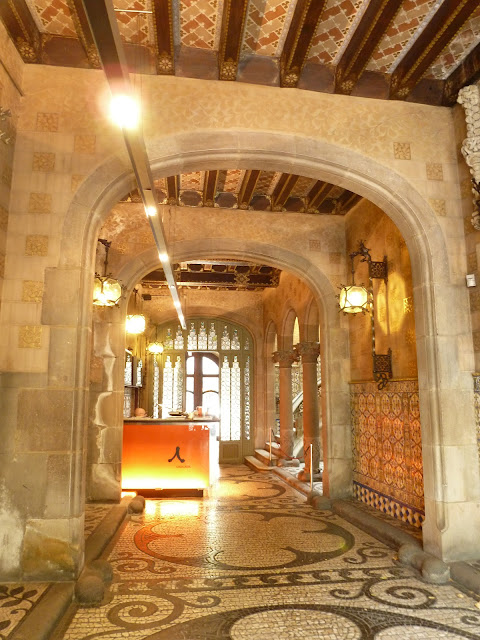 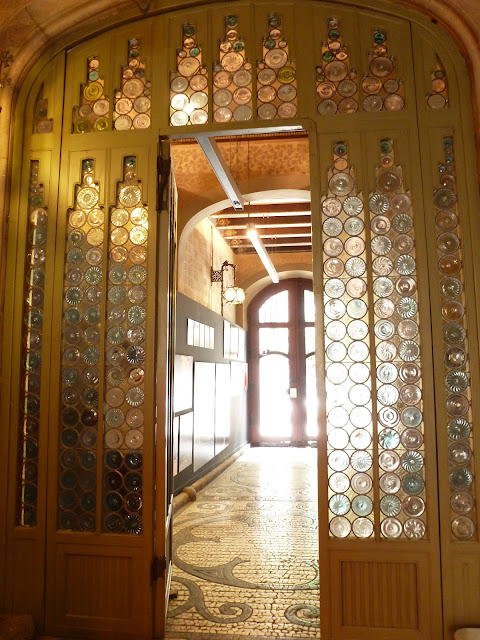 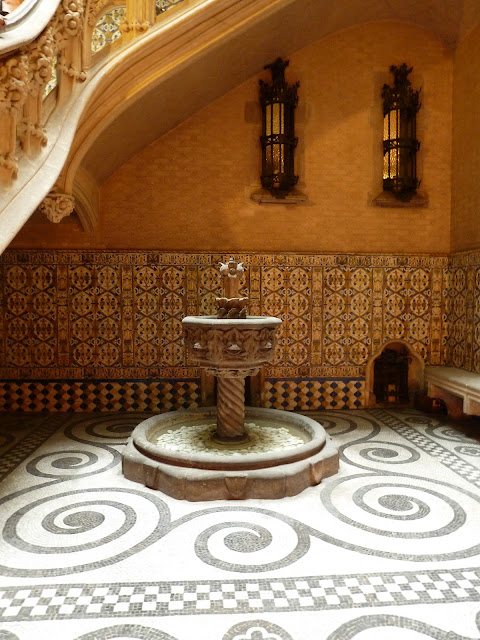 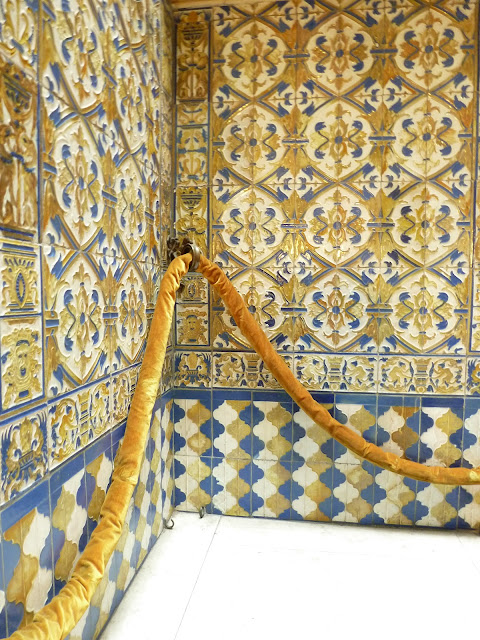 I want this in my house 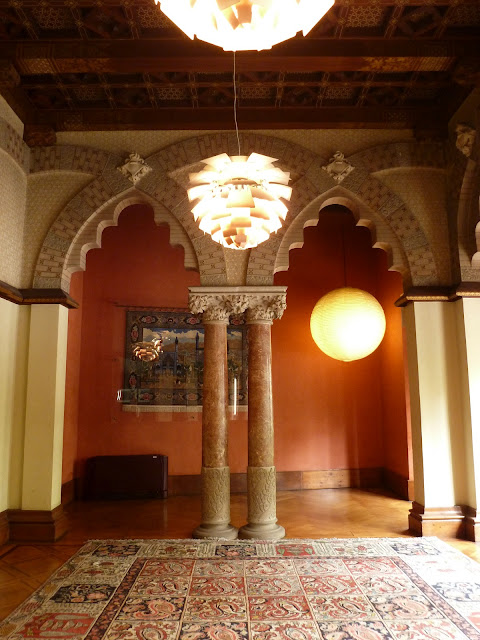 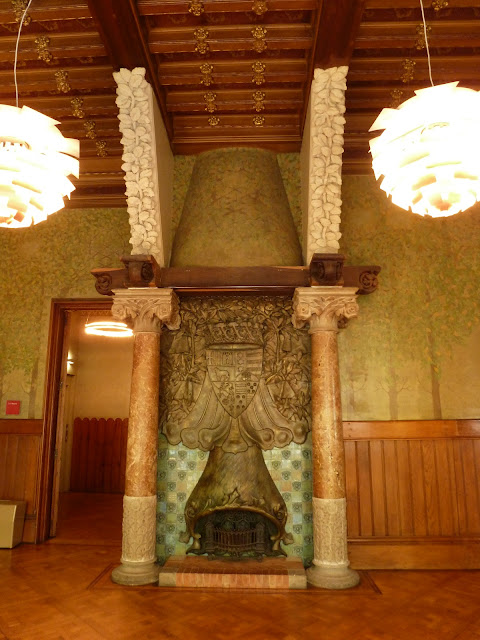 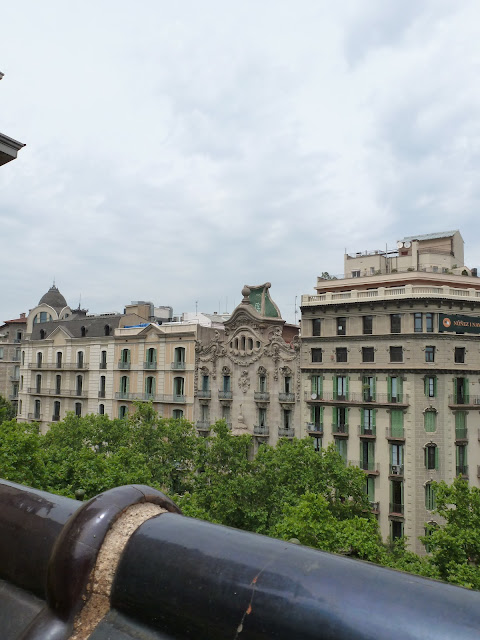 Check out the view. Oh I loved Barcelona. Can't wait to go back!