Last night going home from work, I got on the train, plopped down, and saw this: 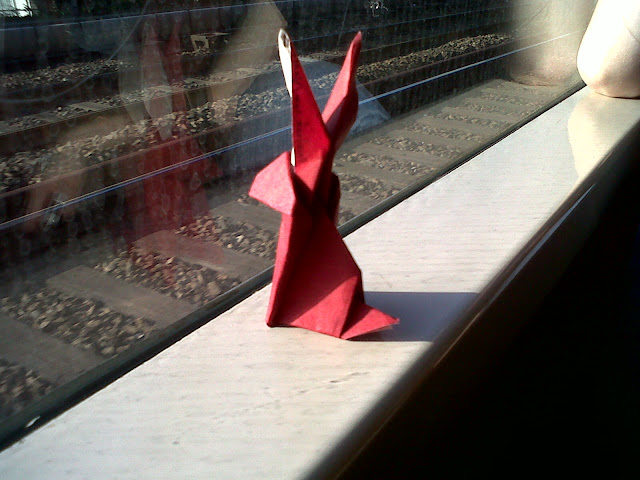 Now you know I like rabbits, right? So I took its picture, posted it on facebook (***geeeeek***), then I had a closer look. It's got a little tatoo inside its ear that says facebook.com/vadrouill. So I checked it out and found out that this little rabbit likes to travel ('vadrouiller' is a French verb that means to roam). He's been seen all over Paris in the last couple of weeks. Sometimes he changes outfits too. Crazy stuff!

Anyway, I took him home with me for the night, he looked like he needed a comfy place to stay. 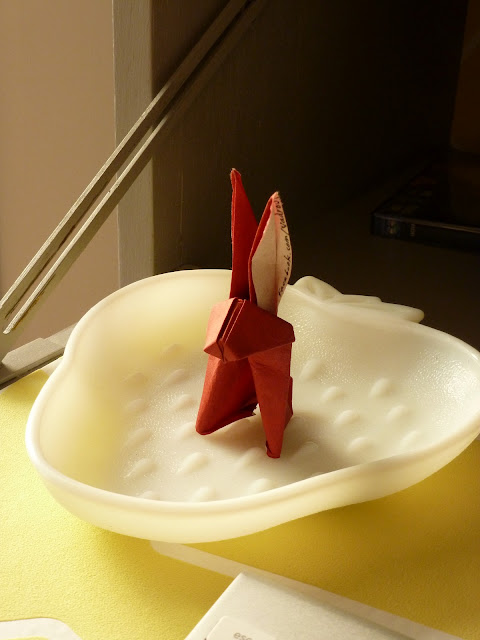 This morning I plopped him down on metro line 14 on my way to work. He hasn't been seen since, I hope nothing's happened to him! He may have been kidnapped by an origami fox. Do origami foxes eat origami bunnies? Isn't that cannibalism?

Anyway, I hope I find Roamie again soon! Can't think of a nicer way to end the day ^^
Posted by Carrot at 08:43