That should keep you going until your next coffee break.

Now for the final part where I decide I've had enough and I'm just going to list all the things I haven't talked about yet in random order: 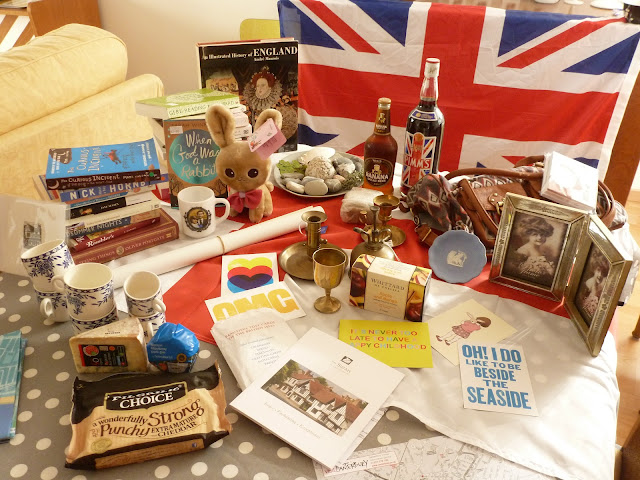 Let's see...we've had the books, the rocks, the posters and the postcards, the vintage mugs and the little glass boxes. No need to comment on the tea, booze and the food really, is there? The brochure at the front is of Lavenham, which I've told you all about here.

Aah, the little blue Wedgewood plate was found in Startford-upon-avon and was a Christmas present for my Mama along with a Villeroy & Bosch biscuit barrel that I forgot to snap.

The pictures frames were found in Brighton and were a Christmas present for my sister-in-law. Boyfriend put two very old pictures of his grandma in them and she looooved it.

The bag behind the picture frames was a £6 present to myself from a charity shop somewhere between Norfolk and London.

Now let's talk brass! Two candleholders, one goblet (of fire) and one oil can. If I remember right the oil can and one of the candleholders came from Stamford, the goblet from Bexhil, and the other candleholder...erm...from another charity shop somewhere! They've mostly taken up residence in our bookcase, although the candleholders have had loads of use over the last couple of days as you might have seen here. 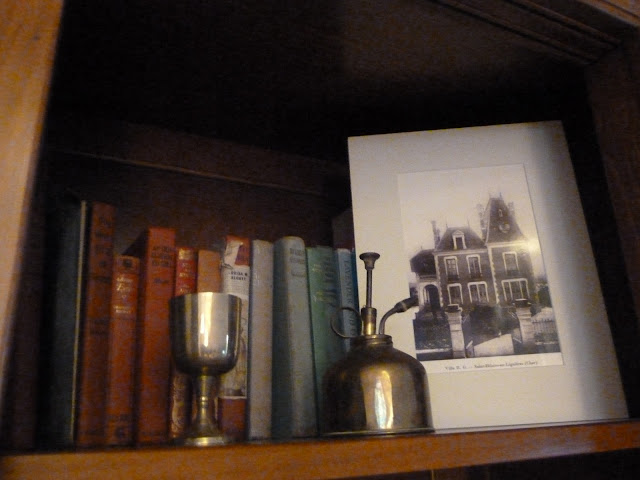 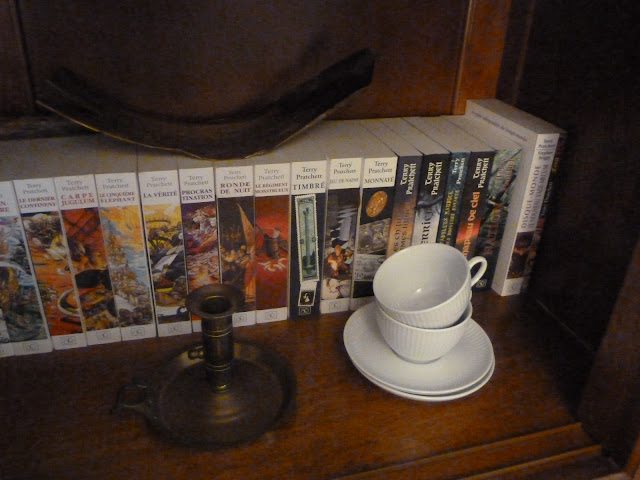 Sorry for the grainy pictures, I just can't find a good setting for that part of the flat.

I think this wraps up the English charity shop treasure hunt of Sept 2012!!! Wooooot!

Something tells me there will be plenty more in the near future...