Plants who live in glass houses...

Helloooo? Anybody still there? I know I've been a bit out of touch... that flu or whatever it was reaaaally beat me. I did nothing but sleep for 3 days (well, and read and cough and blow my nose and eat lovely food which I couldn't actually taste). However, yesterday I managed to get out of the house! After Boyfriend woke me up at noon...(yikes). Today I woke up at 11 though, so things are looking up! I'm even showered and dressed (in acceptable clothes for going out) and may have applied a little make up (gotta hide those bags...).

But this isn't what this post is about! It's about my Christmas present which I told you about here and that looked like this when it was officially presented to me: 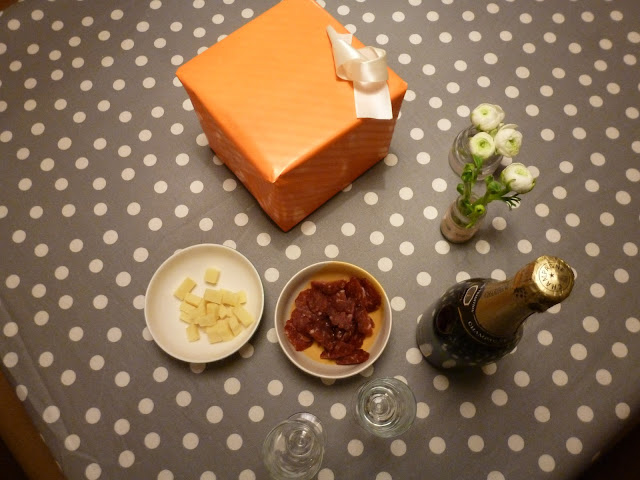 And yes in our household presents often come with champagne and nibbles...my theory is that Boyfriend thinks if the present he chose is crap, at least I'll have something to drown my sorrow in.

Ready for the big reveal? 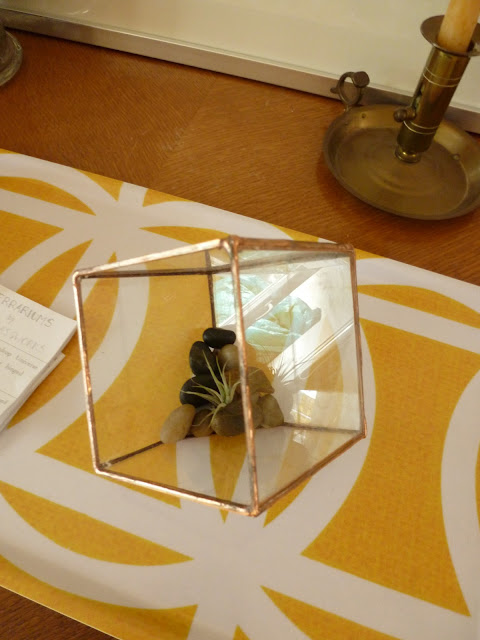 A lovely terrarium from ABJ Glassworks! (Check out her Etsy shop) Isn't it precious? It came with some little pebbles and some activated charcoal! The instructions actually say it includes rubber feet but I didn't get any of those. Oh well. Don't think I need them really. 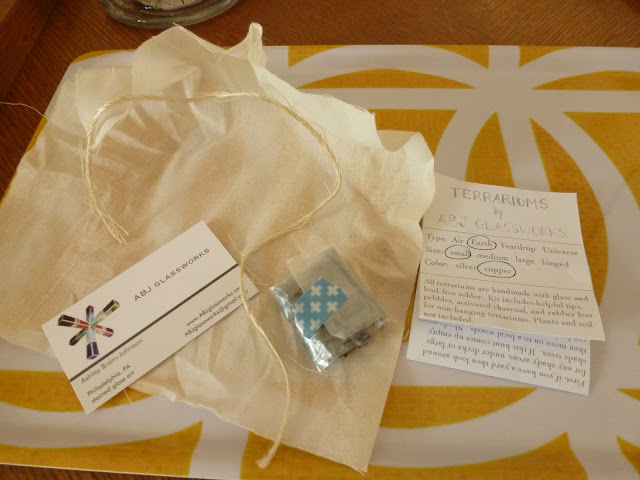 I was intending to just snap some pics of Tilly the air plant inside the terrarium with its pebbles and then get serious and actually use the instructions, find some earth and get planting. But I haven't got anything appropriate to plant in it at the moment, and I think it looks really nice as a house for Tilly from Rio, so I gave it a good wash (taking those first photos I realised just how filthy the panes were!)... 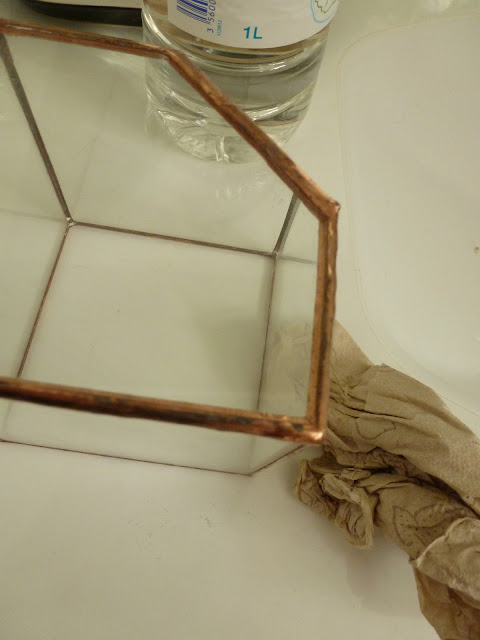 ...then I added a few more stones and shells from our trips to various seas. 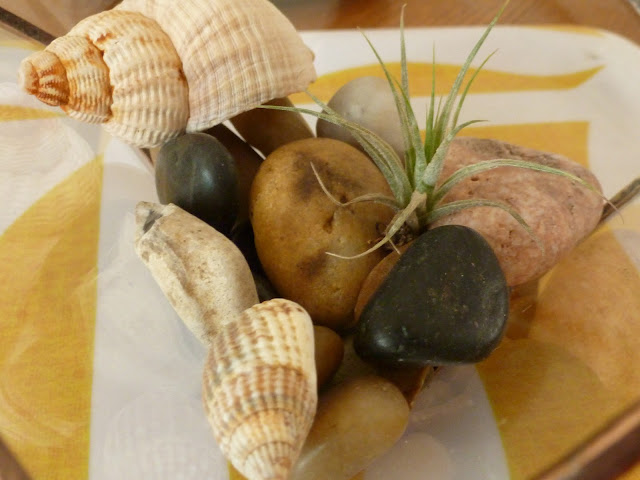 And then it was ready! 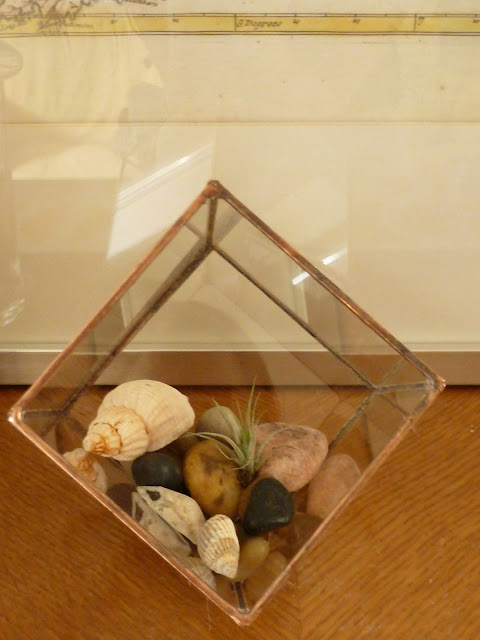 Some of the white-ish marks on the glass wouldn't come off no matter how hard I tried, but they're hardly noticeable so no big deal. I love how cosy it looks on the wood surface! 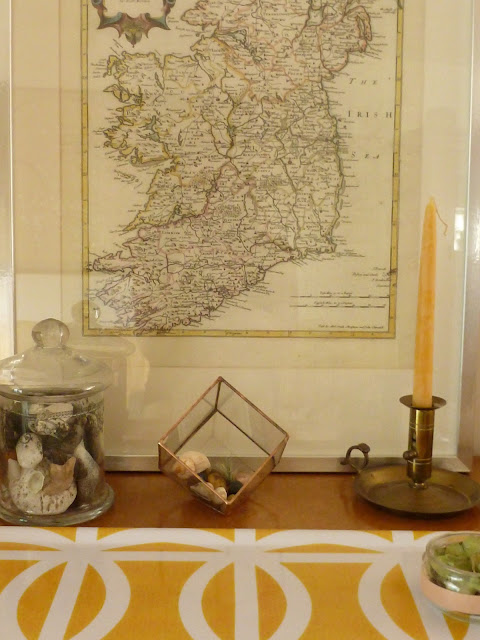 Sidenote:
As you can see, I've finally found a source for beeswax candles! They're pretty and really cheap and I love them to bits. AND they came from a health food shop that just found (after 2 years of living here...fail) and that's only about 10 mins drive from us. I'm so pleased! Another recent discovery: Eucalyptus leaves sort of shrivel up and dry and you can just stick them in a little bowl (to the right in this picture) and they'll carry on smelling good forever and ever. 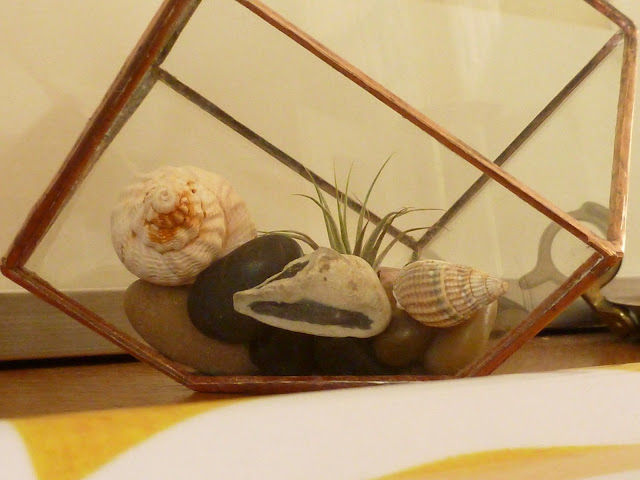 (well it was either that or THIS, I tried to go for the more culturally flattering option)
Posted by Carrot at 09:39