Hello dear little followers!
First I'd like to say that I'm really happy when I check my blog stats everyday and I see that people actually read this stuff! It's a bit scary, but mainly it's really great and gives me a warm fuzzy feeling, kind of like sitting in a basket full of bunnies. House trained bunnies.

This post is all about ombre, and why I can't have any. Or maybe about the fact that making curtains from a scarf isn't a good idea. I don't know. I haven't quite given up on that yet. First, here are some pictures for inspiration: 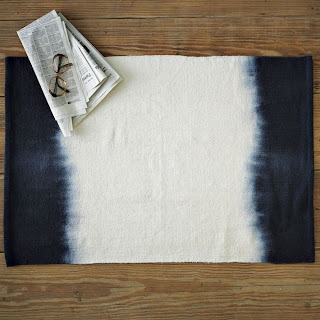 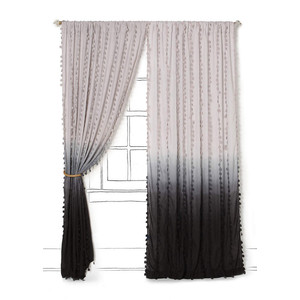 These have been all over the Pinternet for months and I had a mild obsession with them until I realised we can't actually hang traditional curtains on our French doors because of the roller blind casing above them. Boo-hoo. Any curtains would have to be "net" style, i.e. just a piece of fabric that is permanently "drawn", which I hate. I like to see outside, otherwise what's the point of having a big terrace, a cute garden and a funny cat always prowling around? This explains why we have no window treatment in the bedrooms. 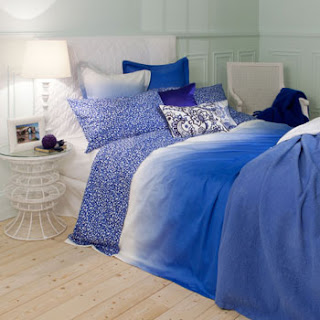 Then I saw this bedding, more specifically the ombre pillowcase, and I thought, YES! Finally something beautiful available in a shop near me! Then I showed my boyfriend, who said: "Hmmm? Yes? What? Shopping? Sure, go ahead, fine by m......WHAT?? 36 Euros for 2 pillowcases?? Isn't that a little expensive?" (all this was said in French with many as expletives as French involves. I've left them out here, hope you don't mind). I don't think the price was that high, but I wasn't sure about the colour (the blue is much lighter than I would have liked) or the quality, so I let it go. For now. 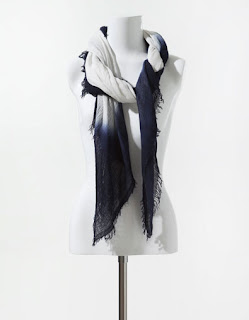 When I came across this scarf the other day my first thought was "Make it into a rug!", then I thought "No silly, make it into curtains!!", but when I got home with it I realised it might be a bit hard to cut it in half without causing major damage to the whispy material. No actually that's what Boyfriend said, he might have been right, though he might also have been wrong. I would never admit it if he were right anyway (but I did get the impression that he isn't a big fan of the ombre movement). Given the price I don't want to buy a second one, plus if I did I would have two very wide curtains when all I really want is to add a little privacy (and style!) to my bedroom. Now I don't know what to do with it, but I know I want to use it in my bedroom. I'm sort of counting on my readers to make brilliant suggestions.

So: what would you do?

(As usual, the best suggestion wins a bunny)