I was a bit scared that 10 days at home with "nothing particular" to do would be overwhelmingly boring/unproductive. 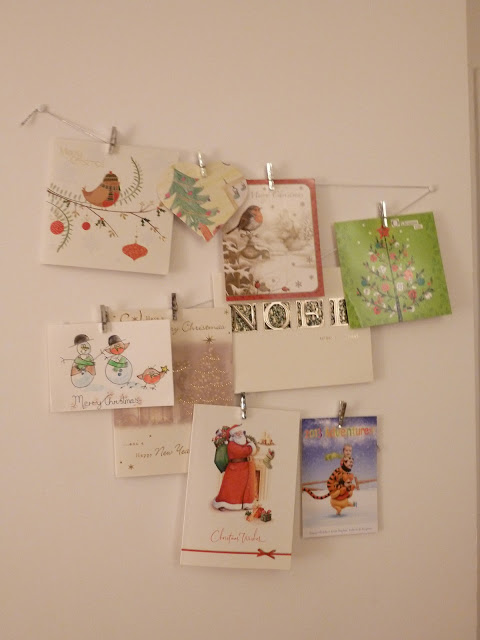 Turns out it wasn't. I now want at least one week of staycation every year. It took me a couple of days to get into the full-on relaxation mood of things because of Christmas, which by definition involves two days of doing nothing, but once that was over and I STILL had a week free, things got exciting. (Now remember that excitement is very subjective and that staying at home and blogging and doing experimental cooking isn't eveyone's idea of fun so this post might bore you to death.)

First of all: sleep. GLORIOUS sleep. Hours and hours and hours of sleep. I managed two 12-hour sleeps in a row. I hadn't felt so rested since my student years (more specifically my dissertation writing semester...). Admittedly I got a little out of routine because of all this and on tuesday night when I went to bed at 10PM having woken up only 12 hours before I knew I was in for a bit of insomnia. Also my new upstairs neighbour was happy to contribute by asking all his family members under the age of five round to his flat for a bit of galloping on the floor boards. Let's just say I was not a happy bunny on my first day back at work. But on the plus side, last weekend I had a lovely lie-in, which was weird because I've spent years tiring myself out by going to bed late yet waking up at 7AM on the dot every saturday and sunday. BUT NO MORE! Thank you internal clock for finally understanding my point of view.

Now on to more fun stuff!

A couple of months ago I came across this mouth-watering little blob on Pinterest. Yum yum. 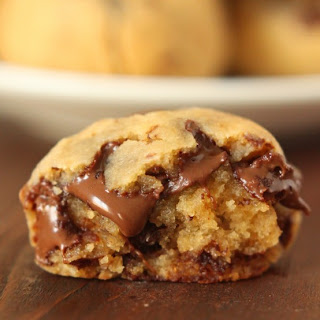 I clicked on the link and soon discovered that these cookie dough balls contained two of my favourite foods: chocolate and peanut butter. Jackpot. And chickpeas. And why shouldn't it? The recipe is here and as it says, the chickpeas make it totally gluten and grain free! Yay! Not that I'm avoiding either but there you go, it takes away some of the guilt of eating chocolate and peanut butter doesn't it?

For some reason I became obsessed with this recipe and next time I went shopping I bought about a kilo of chickpeas. It didn't occur to me to buy them in a jar and it involves mad organisational skills to soak them overnight and boil them in the morning, which is why it took ten days of holiday for me to get round to doing this. Also, I ran out of peanut butter and had to use cashew butter. And something else was missing from the ingredients but I forgot what. Yes I'm a very attentive and thorough cook.

I'll make it short and sweet (like the balls): 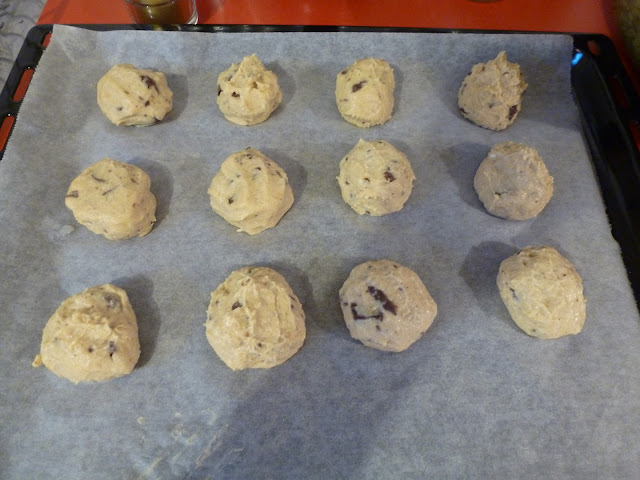 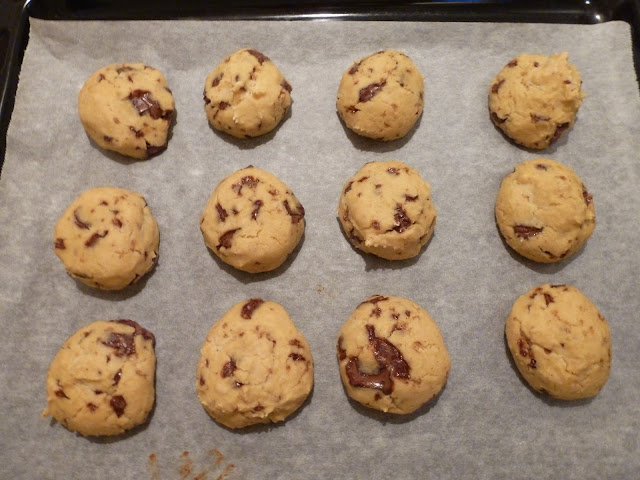 Before (I ate them all) 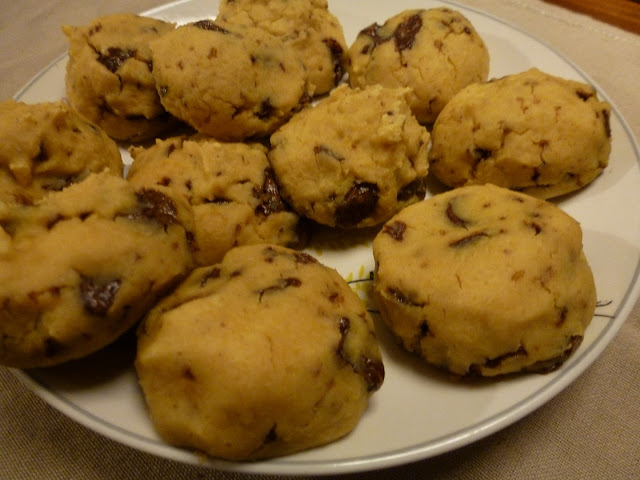 These are very very delicious, almost too delicious if you know what I mean. Also very filling. Don't eat more than 1 or 2 a day. It probably didn't help that I had cooked all the chickpeas and was forced to make this recipe to use them up and eat it for 3 days straight. (On the plus side, I definitely did not put any weight on between Christmas and the new year.) 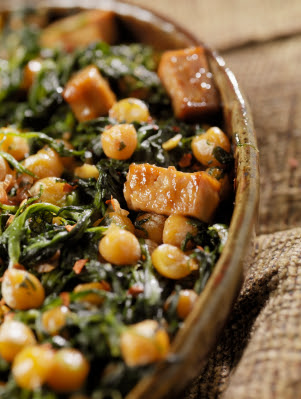 Actually looked like this because I had no spinach but plenty of green beans and my tofu refused to go nice and brown in the pan: 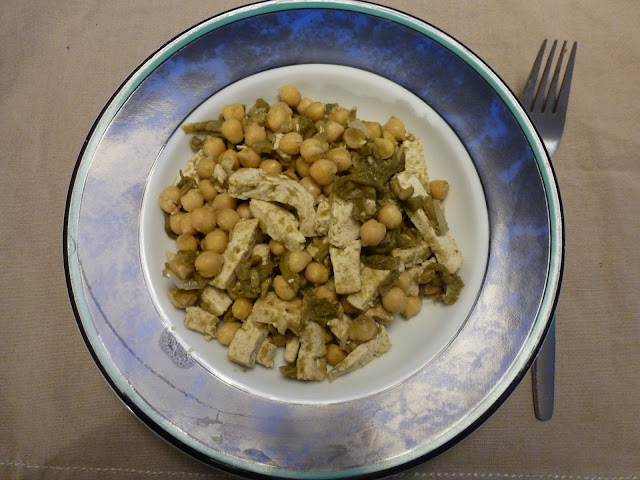 It was quite tasty though. I've had to freeze the last of the chickpeas, don't know what to do with them yet. Any recipe ideas?

So that covers the baking. I had planned to make some of these banana oatmeal breakfast muffins and cheese scones using this perfect recipe but we had so much food in the house that needed using up (damn you M&S scones and crumpets!) I decided against it.


Now let's see, What else did I do? Lots of post writing, as you may have seen. I've now finished telling all about the English road trip that happened in september (ahem...). Woooot! We had a lazy afternoon in Paris that involved a cozy pub followed by a Mexican restaurant (my favourite!!), I did a bit of freelance work and had a big purging session (clothes, etc.) and on sunday a nice lady who runs an animal shelter came and took EVERYTHING that was in my giveaway pile, so efficient!!


We watched all the Miranda series and then went on to the Adrian Mole adaptation, it's not bad once you get used to the fact that the main actor looks like Harry Potter and the actress who plays his mother also plays Ron's mum in the films...I even sat down to read a book with a cup of tea on one or two occasions. I know, unbelievable.

Oh and this is what went down at the Plazza on new year's eve: 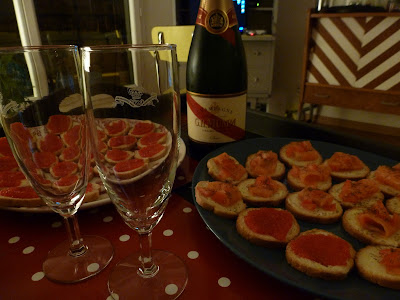 Wild times. What did you get up to during the festive season? Any globe-trotting? Embarassing family-related incidents? Indigestion? Pray do tell!