On saturday afternoon we drove trough the forest of Fontainebleau to the country house of one of my colleagues for an engagement party barbecue. I hadn't counted on the house being an absolutely stunnig art deco gem with a river at the bottom of the garden. If I had known I would have taken my camera and this post would be full of pictures of someone else's perfectly decorated home. As it is, you'll have to make do with the treasures we picked up after the party: there was a late-night brocante in the village and we couldn't resist stopping on our way home. This is what we found: 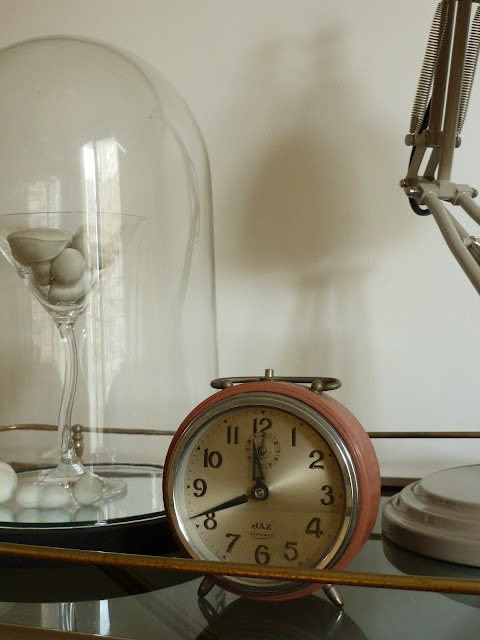 A cute (SILENT) alarm clock from the 50's 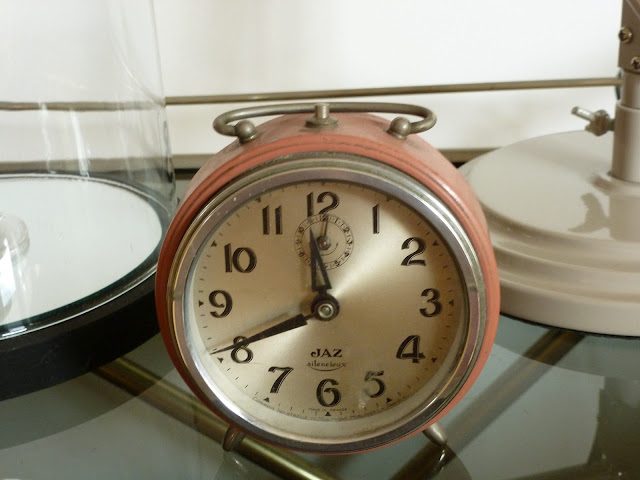 I love the colour, it's a sort of old rose with some orange mixed in. 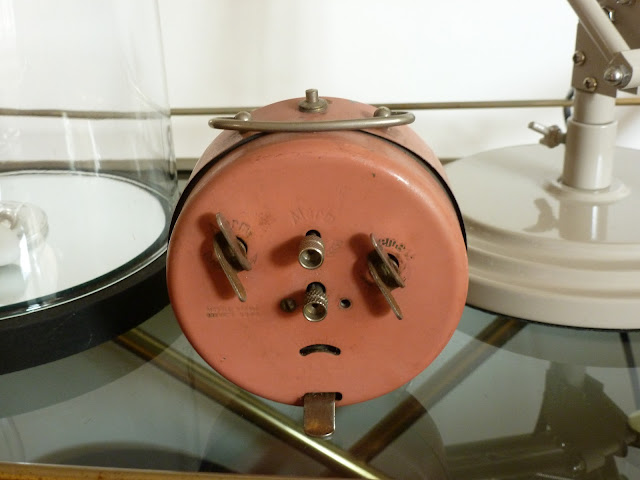 It looks a bit grumpy from the back don't you think?

We got it for 20 euro along with this monster that Seb fell in love with: 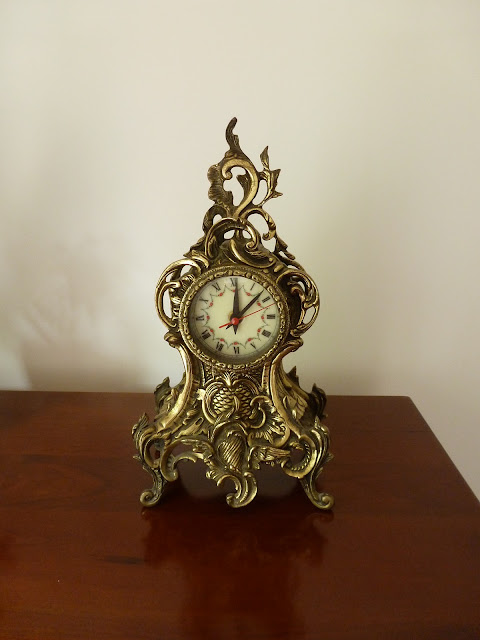 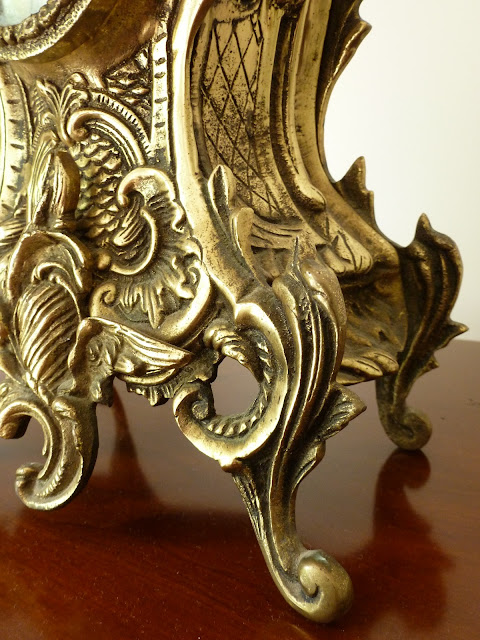 I don't know what it's made of but it weighs a ton. 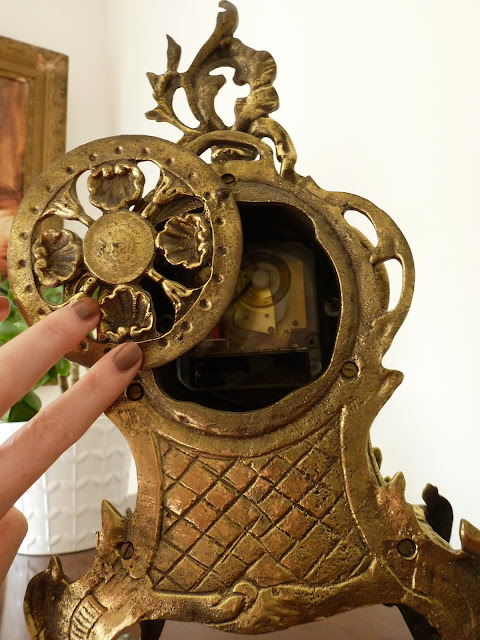 It has a clever sliding mini door at the back to access the mecanism. 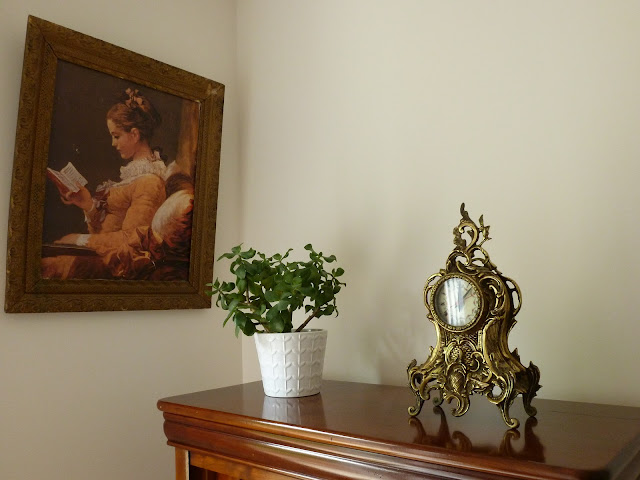 Do you like? Don't you think they were a bargain? I've seen vintage alarm clocks that cost 40 or 50 euro in antique shops in Paris so I'm really glad I waited for this one. I don't know where it's going to live yet, it needs a good clean first.
We also bought something else, something BIG. Well, a piece of furniture at least. But as it's raining cats and dogs outside I can't really clean it and I don't want it in the house as it is, so it's staying in the car for now!